The right side of urban planning history 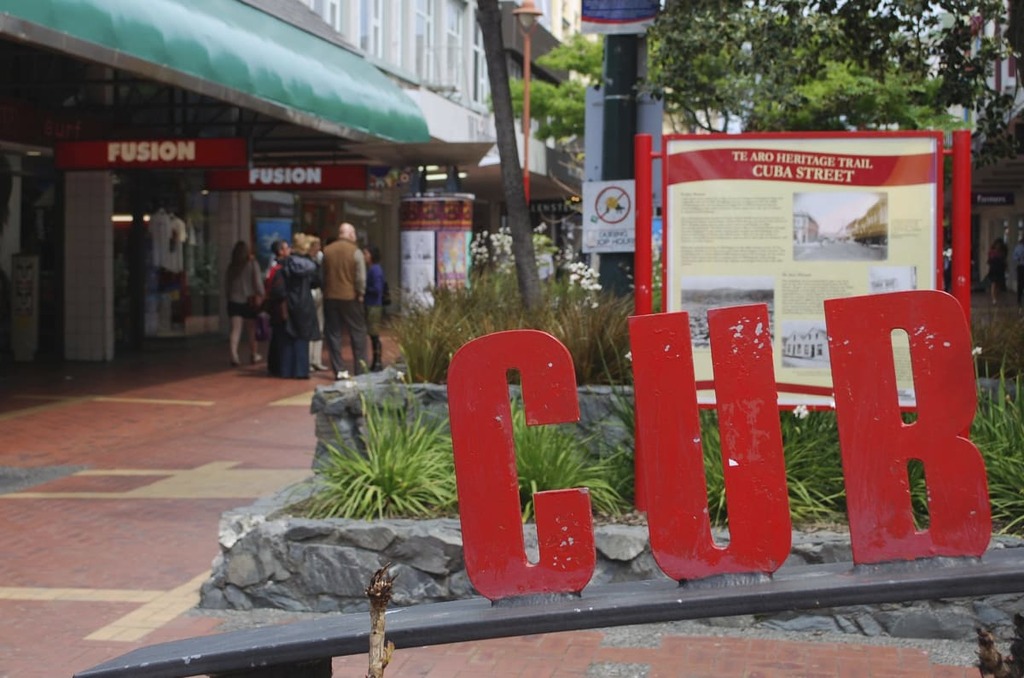 Thomas Nash draws on the history of Cuba Street to argue for a people-centred, climate-safe transport future for Wellington

Would you take urban planning advice from an organisation that opposed the development of your city’s most vibrant street? It’s a question that came into view last month when the Wellington Chamber of Commerce led the charge on a new campaign challenging the city’s plans to prioritise public and active transport over private cars.

The Chamber of Commerce has a history when it comes to transport and urban design debates in the capital. It turns out that the decade-long effort to transform parts of Cuba Street into a pedestrian mall in the 1960s and 1970s is instructive for today’s discussions on the future of Wellington.

Since its redesign 40 years ago, Cuba Street has become a more exciting, more popular and more desirable commercial street. Nobody today would object to the way it prioritises people over cars. Yet, in the struggle to get these malls done, the Wellington Chamber of Commerce said the changes would “kill the city centre trade”. A spokesman at the time insisted: “You cannot close off main streets. We’ve got to fight it.”

The history of Cuba Street also reveals a striking parallel with today when it comes to public debate, popular mandate, political decisions and institutional interests.

Proposed changes to Cuba Street were extensively discussed from 1965 through to 1979 when the works were finally completed on both pedestrian stretches of Cuba Street. But it was only after a change of city councillors at the local body election in 1977 that the final plans got the green light. That was also the point when opponents cranked up their objections most vocally.

There’s a similar pattern with Let’s Get Wellington Moving.

This is a once in a generation city shaping programme. It has seen five years of work, multiple rounds of public consultation and much debate. Since the current plans emerged in 2018, both a local body and a general election have returned a mandate for a city that scales up public and active transport rather than one that builds more roads.

In 2020, party votes in Wellington flowed overwhelmingly to parties broadly embracing the plans now being finalised. Of course there were a lot of wider factors in play in that election, but the National Party, which ran a visible local campaign to prioritise another motorway tunnel through the central city, won fewer party votes across the three Wellington city general electorates than either Labour or the Greens. Similarly, in 2019, the votes for city and regional councillors in Wellington showed majority support for a city that takes the climate crisis seriously and opens up space for people and public transport.

Let’s Get Wellington Moving is now at the sharp end of discussions. Decisions are imminent on which options to take to the public for the major items: new mass transit through the city and, possibly, more motorways.

There has been inordinate attention on a modest proposal to give people a single safe crossing on the main road to the eastern suburbs, but the most prominent of the early works will be opening up Lambton Quay, Willis Street and Courtenay Place to more people and activity. This work is all the more needed in a Covid world, both to give people more space to move around and to make these streets more appealing as a destination. Beyond this 'Golden Mile' redesign, the big decision will be about mass transit and how best to attract people out of their cars with a new high capacity, frequent public transport system through the city.

Two recent developments in Auckland are worth noting here. Firstly, the latest retail data from Karangahape Road showed a pre-lockdown increase in spending since the street was opened up with a new layout that prioritises walking, wheeling and cycling. This is a well-researched phenomenon in cities around the world. Indeed, it’s what Cuba Street’s shopkeepers noticed when the street was temporarily closed to traffic in 1965 and it’s why they set up the Cuba Street Advancement Association to campaign for today’s pedestrian malls.

Secondly, the Government and Auckland Council have set up a $12m fund for businesses affected by City Rail Link construction. The transport minister signalled a fund like this should be available for Auckland Light Rail. We should expect the same for mass transit works in Wellington.

The next few weeks will test decision makers. The choice is to think long-term and make the capital fit-for-purpose in a low-emissions world, or buckle under the pressure of short-term interests.

A people-centred, climate-safe transport future is within Wellington’s grasp. Let’s not be blown off course by the same institutions that wrongly opposed the opening up of Wellington’s most iconic street. Instead, let’s forge ahead with a plan that cuts our emissions and improves our city in ways that, like Cuba Street, will stand the test of time.