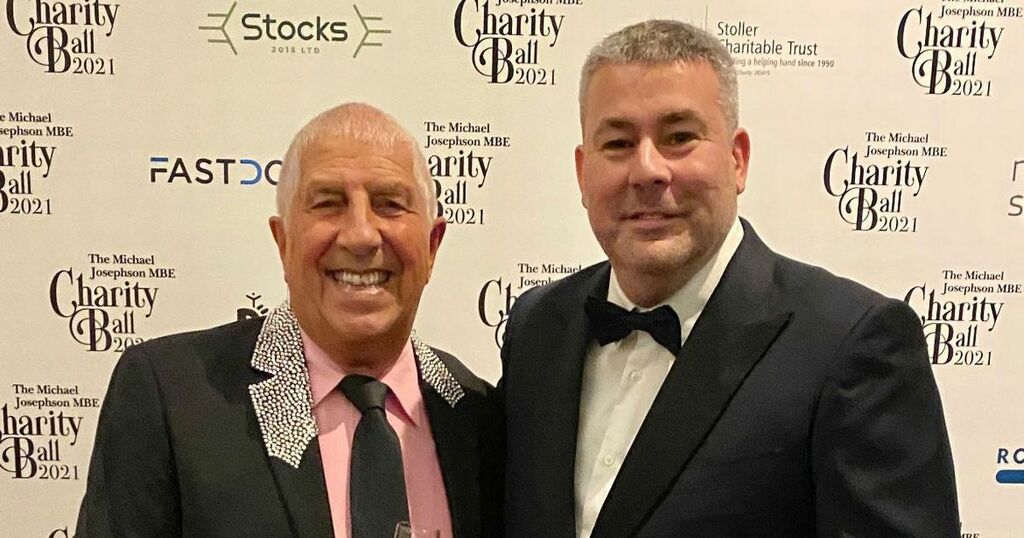 Well he’s devoted most of his life to helping vulnerable children following a traumatic childhood.

He’s a successful businessman who has raised millions to help others.

What I love about his charity work - every penny goes back to the charity.

We’ve recently become friends and his story is quite remarkable.

He suffered horrific abuse growing up.

He went right down to rock bottom and then turned his life around.

His parents were divorced and he had no contact with his father.

And after a few years he was taken into care.

Michael told me going through the care system was very hard, as he was abused and bullied even more.

At the age of sixteen he got out of the system and started his journey in life.

At this stage he relied on sleeping tablets and tranquilisers to get him through the day as he was mentally scarred.

Sadly, this led to drinking, drugs and partying but all through this Michael worked very hard trying to prove himself.

Then it all came to a head and he couldn’t go on any longer - his pain was too much.

He sat at the top of a 60ft bridge for three hours and was about to climb down but thought if he didn't jump, people would think he was attention-seeking, put in prison, or institutionalised again.

“All I remember is lying in hospital - I was there for months - I more or less broke every bone in my body.”

Michael had to learn to walk again and still to this day has physio twice a week on his back.

It’s made him a far better person and he doesn’t want any other youngster to go through what he went through.

This is why Michael does so much for wonderful charities and also why he received an MBE.

His charity ball last Saturday at the Kimpton Clock Tower Hotel, in Manchester, was outstanding.

There were lots of Scousers in the audience.

Each goody bag was worth £1,000 and he had an army of people the night before putting them together.

Six hundred people were wined and dined and partied with their money to the tune of £750,000 and donations are still coming in.

The entertainment was Ella Henderson and Soul 2 Soul.

Guest included ex-footballer and TV pundit Paul Scholes, cast members from Hollyoaks, Torville and Dean, Christopher Biggins, many people from the fashion world, and the guest of honour - looking sensational at 88 - Joan Collins.

Darren Proctor hosted the evening and Michel himself did most of the auctioning with Darren.

One of the many charities that will benefit from this wonderful man is Variety, and they presented him with a 2021 Presidential Citation - one of the highest honours they could bestow.

Michael was thrilled but being Michael reminded people he is doing this for children, not for awards.

The man is humble and remarkable.

So many children will benefit from this wonderful human being.