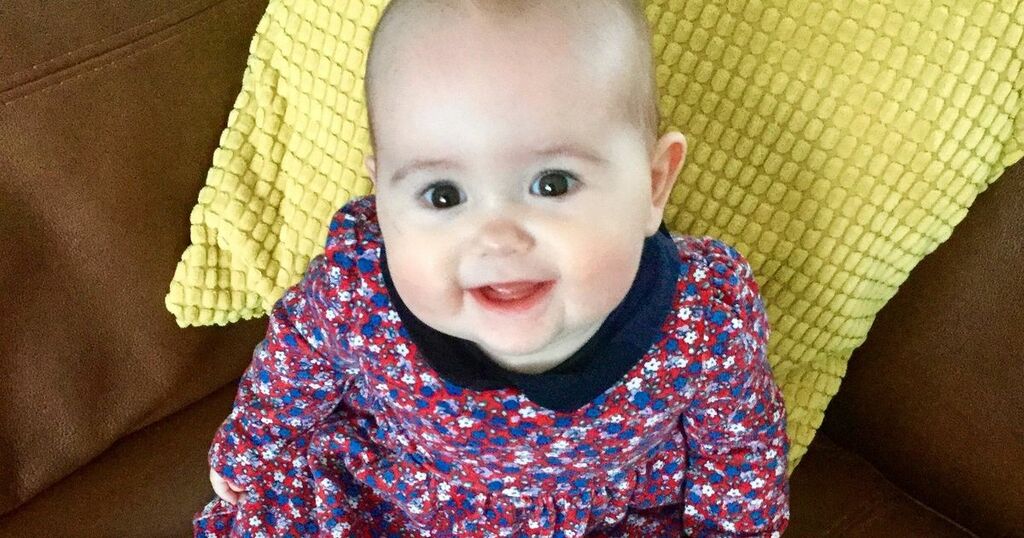 The sudden death of a tot more than four years ago within the Royal Alexandra Hospital is now to be probed by a sheriff.

Fearne Adger was just eight months old when she died at the Paisley hospital.

The unexpected inquiry comes as the Lord Advocate Dorothy Bain says her death was in circumstances which “give rise to serious public concern”.

She died on April 29, 2017, leaving her parents David and Lauren devastated at the loss of their precious girl.

The Adgers. of Paisley’s west end, are now bracing themselves for the beginning of a Fatal Accident Inquiry at Paisley Sheriff Court next month.

Details of the hearing were released by Paisley Procurator Fiscal Kathleen Stewart.

She said: “The death of Fearne Adger occurred in Scotland in circumstances which give rise to serious public concern and the Lord Advocate has decided that it is in

the public interest for an inquiry to be held into the circumstances of the death.

“A Preliminary Hearing has been fixed for October 21.”

Earlier today NHS Greater Glasgow and Clyde would not give any reaction why the tragedy is to be examined four years later.

A spokesman said: “We continue to offer our condolences to the family for their loss.

“We are working with the inquiry team and will provide any and all assistance that we can.”

They spoke to the Paisley Daily Express a year ago about the incredible care they received from the Children’s Hospices Across Scotland organisation.

The couple took Fearne’s body to Robin House at Balloch which allowed them to try and process what had happened.

Mum Lauren,37, said: “We could talk to Fearne and cuddle her. The support we received from staff meant we could focus on planning the funeral to make it as special and as personal as possible.”

Two years ago Lauren and her family raised £3,800 for the Scottish Cot Death Trust after climbing Ben Nevis, and after summitting she said: “It was an incredibly special day and I really felt like my beautiful Fearne was right there with us.”

The couple planted an oak on the Gleniffer Braes in Fearne’s memory, and have an annual memorial service.

And they know no official inquiry or otherwise can ever bring their daughter back.

On her charity page, Lauren said: “Fearne was such an amazing little girl who captivated everybody she met with her incredible charm and adorable face. She was bursting with personality and enthusiasm and she was so funny and cute. She filled our hearts with love and happiness from the minute she was born. We are so thankful for the lovely, precious time we spent with her.

“Fearne passed away in the Royal Alexandra Hospital on the 29th April 2017. She was 8 months and 2 days old.

“I struggle every day with the loss of Fearne but I’d like to thank The Scottish Cot Death Trust for the help they’ve given me, it’s what has kept me going at times.