The reality TV marriage that ended in violence, harassment and PTSD 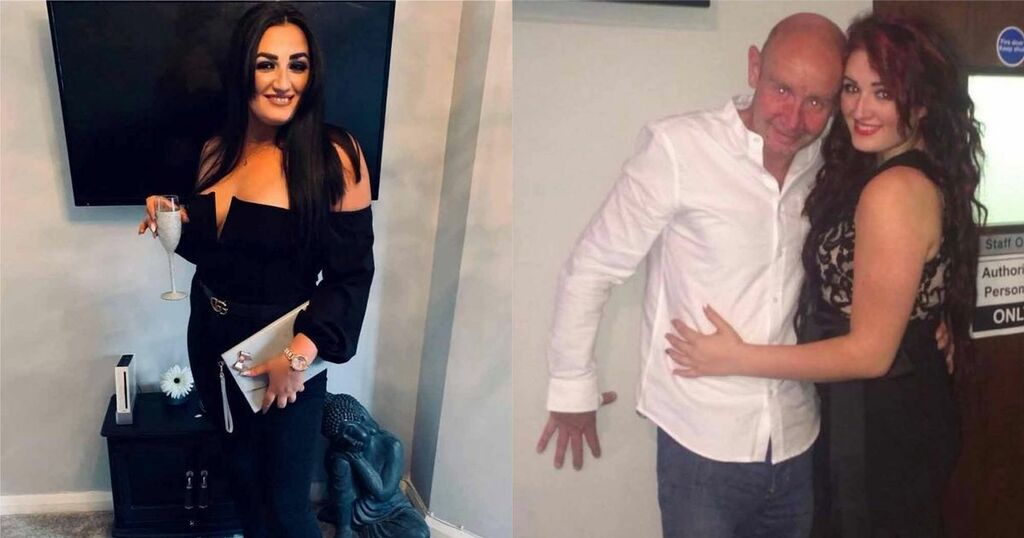 A former beauty queen who appeared on a reality TV show about her 'age gap' love affair with her husband has described how it descended into a nightmare.

Madison Dunn was an 18-year-old Teen Miss Lancashire winner when she fell for family friend David Dunn, over twenty years older than her.

Now he has been jailed for 22 months after pleading guilty to harassing her and breaching restraining orders, and she has detailed how she was terrorised over a five year period.

Madison fell for the former salesman after they exchanged messages on Facebook back in 2014, and became pregnant a year later.

Her pregnancy was followed by a Channel 5 TV crew for the show 'Baby Faced Mums'.

But, six weeks after their wedding in February 2017, Dunn dragged Madison down the stairs by her hair and beat her. He was jailed for four months, sparking a campaign of harassment against her.

Over the years this has included ruining a family Christmas dinner by making bogus 999 calls and sending emergency services repeatedly to her door; pestering her with unwanted calls; posting fake reviews on her work website and even claiming there was a bounty on her head.

“David was more than twice my age,” Madison said, describing how their relationship unfolded. “I was so young and after our first date, I really wasn’t sure if I wanted to keep dating.

“Then he started love bombing. He bombarded me with loved up messages, gifts and continuous praise – and I fell for it.

“We starred in ‘Baby Faced Mums’ in 2015, documenting my pregnancy as a young mum and we looked like we were unshakeable.

“We’d received a lot of hate in our relationship due to the age gap, but I loved him so much it didn’t matter.”

“I got a call saying David was throwing all my belongings out of the house,” she said.

“I decided to stay at my mum’s and started packing overnight bags to leave the property, so he could calm down.

“But David was furious and grabbed me by the hair, dragging me down the stairs face first.”

She continued: “At the bottom of the stairs, he continually punched me in the face and kicked me in the stomach. He was shouting and screaming at me.

“I was trying to get out, but he had locked all the doors. The next-door neighbours called the police, who got me out of the house.”

After Dunn was jailed for four months for assault by beating at Preston Magistrates Court in August 2017, Madison left him.

She said: “I walked away from David and our marriage straight after the attack.”

But, once he was released, Dunn began a campaign of harassment against Madison.

“We had all three emergency services turn up in the middle of Christmas dinner at my mum’s house – two fire engines, an ambulance and police," she said.

“All these emergency services workers had been called and told to leave their families to attend a huge fire. About 16 people arrived at the house for a hoax call David had made.

“We were absolutely mortified.”

Dunn was jailed for 24 weeks by Preston magistrates two days later for causing false alarm of a fire and wasteful employment of police time.

By February 2018, Dunn had filed for divorce, leaving Madison hopeful that his harassment would end.

But, two years ago, when she turned down his attempts to give their relationship another go, Dunn began hounding her again.

“He said he’d been trying to win me back,” she recalled.

“I wasn’t interested, so he bombarded me with messages, emails, phone calls. I even had to change my mobile number.

“I went to court and got a non-molestation order in March 2020, but it didn’t stop him.”

Plaguing her with text and Facebook messages – often sent from fake profiles – Dunn even claimed she had a bounty on her head.

Within one week of the non-molestation order, he breached it, Madison says.

“It has been non stop and it reached the stage where I felt like he was watching me everywhere and didn’t even feel safe at work," Madison said.

“He left fake bad reviews about my work on Google and Facebook.

“I’m so lucky that my employer is so amazing. I’m shocked I still have a job”.

Madison felt so terrified she kitted out her home with panic buttons and sensory alarms as she continued to report his behaviour to the police, who kept arresting him and taking him to court.

She believes he regarded the restraining orders as a “badge of honour”, because, by 2020, fuelled by the fact she had met someone new, barely a day passed without her hearing from him in some way.

“I’m sure he saw breaking restraining orders and non molestation orders as personal challenges,” she said.

“He would message saying things like, ‘Watch the windows guys, I’m just around the corner.’

“It was just relentless.”

Terrified, Madison continued to report Dunn to the police for breaching the restraining order, but he went on the run– skipping a court appearance in January 2021.

Finally, in August 2021, he was arrested after she traced him to a campsite – leading to his current jail term and a seven-year restraining order being imposed.

“He told me on a Zoom call with our child where he was,” said Madison. “I rang the police and they arrested him. I was just so relieved that they had finally caught him.”

But, despite Dunn being behind bars, Madison fears she will never be free of him and says the current justice system is not doing enough to keep women safe.

“When his behaviour started, I didn’t even know how to report it," she said.

“I now know that if I’d reported him for harassment and not for breaching a restraining order, he would face a tougher sentence.

“I didn’t know until the latest court case that if I had given a victim impact statement in previous court hearings, he would have got a harsher sentence.”

“To me, it seems David sees restraining orders as personal challenges not deterrents.

She added: “I don’t feel safe. We need more to be done by the justice system to protect women.”

Madison made a moving victim impact statement at Preston Crown Court when Dunn was sentenced in October.

She revealed how, in 2017, she was diagnosed with PTSD because of his actions.

“As I wake up, I have to remind myself that my ex-husband is in custody and, therefore, cannot currently hurt me or my family," she said.

“If I don’t tell myself that, I simply cannot function throughout the day.”

The bridal consultant also told the court his behaviour had “ruined my child’s innocence.”

She added: “My whole adult life has been miserable because of David Dunn. I had a breakdown as I couldn’t cope and I’ve been diagnosed with PTSD."

“I cried throughout reading my impact statement in court, but I wanted the judge to know how much this has affected my life," Madison went on.

“I have to look at the positives and think that at least for a short while I can carry on with some normality.

“But I don’t think there’s enough fear in him to take restraining orders seriously. It seems he believes if he breaches them, he can quite happily carry on living his life.”

“The justice system needs to be reformed, as currently if women don’t know the legal process they cannot protect themselves," Madison added.

“I’ve had to educate myself and learn the law to keep as safe as I can. But I still live in fear of his behaviour escalating.

“I’m sure, as soon as he is free it will start all over again.”