It is said that time is the great healer. I would dispute that.

My confrontation with Scot Symon in a hotel on the banks of the River Tay in November 1967, just after he’d been insensitively sacked by Rangers when they were at the top of the league, still makes me feel the guilt of someone found with his hand in the till.

And that chilling experience lies rooted in the game he presided over in Frankfurt against Eintracht on April 13, 1960.

His sacking, seven years after that humiliating night, demanded some honest analysis of his career for our television programme.

Ian McMillan was the obvious choice. Signed by Symon from Airdrie in 1958, the classic Scottish inside-forward was one of those players who was gifted by nature to make his passing game seem like an art form.

He was also universally regarded as one of the gentlemen of Scottish football. In our studio I introduced him as the Wee Prime Minister after his namesake Harold in Downing Street, whose famous utterance of 1957, “You’ve never had it so good”, about the economy, could have referred also to the Rangers community enjoying the Symon era.

Symon would lead them to six league championships, five Scotttish Cups and four League Cups – a record which, you would have thought, could insulate him from any critical onslaught. Except life doesn’t often pan out like that.

McMillan was not a personal stranger to me. I had recruited him previously to do analysis for the BBC and had occasionally played golf with him, where he was the model of discretion when he came to speak about Ibrox.

Nothing remotely political or controversial ever passed his lips. This extended to the field of play where, as an immaculate ball-player, he could be on the end of some rough treatment.

But the strongest words anybody knew he had ever directed against an opponent was, “Away and pee!”

Something, though, drove him that night to open up in a way I had not bargained for.

Unexpectedly I was hearing from a man casting critical light on the parochial nature of Scottish football and which even provoked Symon’s wife to summon up murderous thoughts about me for having the gall to manipulate an attack on her husband. Not bad for a six-minute chat!

It was all sparked off by mention of that 6-1 European Cup semi-final first-leg defeat in Frankfurt.

Almost with painful politeness he nevertheless took aim at Symon. His description of half-time on that night, in the Rangers dressing-room, is still etched in the mind. It was then 1-1. Dieter Stinka had opened the scoring, then Eric Caldow had equalised for Rangers from the penalty spot after a foul on McMillan. These bare statistics actually hide the shambles that was developing.

He opened up by telling me the score was a fiasco. They had been utterly outplayed. They were in danger of being swamped. The pace of their opponents was terrifying. Their midfield was being run over. Eintracht had hit woodwork several times. Rangers needed to regroup, change the approach, bolster the defence. “So what was the manager doing?” he asked rhetorically. His own answer had a devastating effect on me and the large viewing audience, including the Symon household.

“He was in a corner sipping a cup of tea. He said nothing.”

According to McMillan not a word of tactical change was uttered.

Something had to come from the leader. Nothing did. McMillan was astonished. They were overwhelmed by five more goals against them in the second half, leaving the return game at Ibrox of academic nature – although hardly an example of lessons having being learned, as they went down 6-3.

I knew our audience would accept the veracity of McMillan’s account, he was of unimpeachable stock and not merely swinging the axe of habitual grievance.

Equally, I realised it would shock and hurt the manager who had brought him to Ibrox, although not appreciating at the time how it had affected Symon’s family as a whole.

But it also shone light on the antiquated approach to a swiftly modernising age in European football – the track-suited manager was not yet common in our land.

Indeed, in later years, the former Rangers captain Bobby Shearer told me Symon’s unsurprising adoration of Jim Baxter, who joined the club in the wake of their European catastrophe, was so intense the manager’s whole tactical philosophy could be summed up in the phrase, “Give the ball to Jim.”

This might seem a grotesque characterisation of a manager who took the club to two European Cup Winners’ Cup Finals, in 1961 and 1967, although losing both.

He certainly saw it that way. A few days later, came the bizarre confrontation. On my way to Dundee to see a European game, I stopped off at the Isle of Sky hotel in Perth to sample my favourite Wild Tay Goose sandwiches. In the restaurant I walked straight into Symon sitting at a table with a friend. The meeting was unavoidable.

He saw me coming, put down his knife and fork, looked me straight in the eye, and calmly said: “If my wife had got hold of you on Saturday night she would have torn the eyes out of your head.” And calmly, he then added: ‘However, you are entitled to your opinion.”

He then started eating again and turned his back on me. He, and his wife, had identified me as THE plotter.

I suppose in a way I was fortunate, for if that had been a confrontation with Jock Stein or Willie Waddell, in the same circumstances, I would have probably ended up in the river Tay myself in the company of the wild geese.

On the other hand, if that dignified response was intended to make me feel like a skunk, for some considerable time, it worked.

But McMillan had spoken a truth, not just about Symon but about the culture of the game in Scotland as a whole, when in 1960 we were slumbering, as the rest of Europe was taking the scientific route to success and establishing tactical blueprints that were foreign to us.

Until another man on the other side of Glasgow, seven years later, transformed the Scottish landscape.

The Rangers squad heading to Seville is led by a man who could never be accused of such lack of preparation.

If Giovanni van Bronkhorst ’s assiduous approach does prevail on the night, then the yet healthy Wee Prime Minister, at the age of 91,
will appreciate that unlike 1960, his old club now has a team fit for any age. 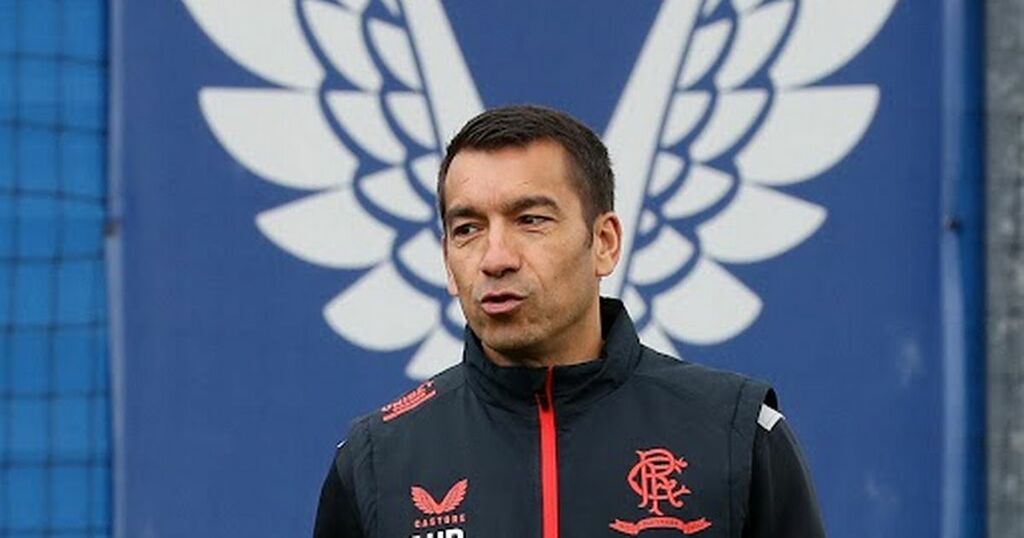 Rangers' Europa League dream has much more to overcome than just Eintracht Frankfurt - Hugh Keevins
This is about status, bragging rights and one set of supporters’ ability to lord it over the other lot.

Rangers' continental club has just one member as it stands, could Van Bronckhorst join him?

Daily Record
This game could damage the world economy: Frankfurt gripped by final fever as fans dream of greatest ever glory