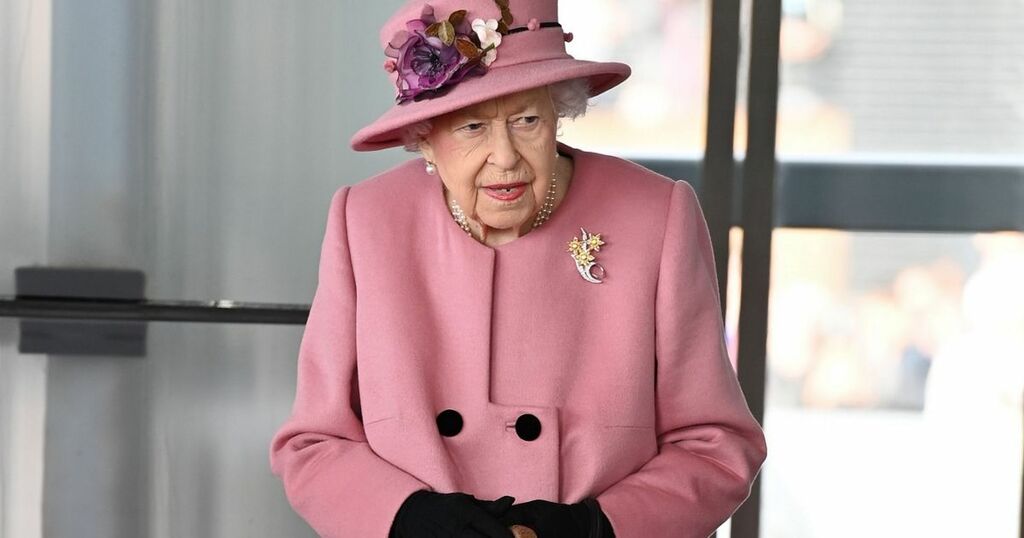 The Queen has arrived at the Welsh Parliament using a walking stick, the second time she's been seen with it publicly in 17 years.

Her Majesty was visiting the Welsh Parliament in Cardiff with her son Charles, the Prince of Wales, and his wife Camilla, the Duchess of Cornwall.

She wore a pink coat and hat combination and was not sporting a mask as she shook hands with dignitaries.

Clasped in her hand was a walking stick she was last seen holding two days ago at a service to mark the 100th anniversary of the Royal British Legion.

Before that the Queen, 95, was last spotted in public using the same walking aid back in January 2004, when she relied on it to assist her walking following a knee operation.

On Tuesday Her Majesty was handed the stick after stepping from her state limousine, and appeared to be moving freely as she walked to her seat for the start of the service.

She used the stick again as she left.

A jam-packed schedule was put on for the Queen, Charles and Camilla at the Parliament building, which is called Senedd Cymru in Welsh.

The Welsh and British national anthems were played to welcome the royals before a royal salute was given.

The Royal Navy with the band of the Royal Marines was in position in front of the Senedd.

The royals were due to meet party leaders and listen to a musical performance given by the Welsh National Youth Opera.

The Queen, Charles and Camilla were there for the opening ceremony of the sixth session of the Senedd.

Back in 2003 the head of state was seen using a walking stick as she left King Edward VII Hospital in London.

Back then she opted for a heavy duty pole following the operation, before wielding a wooden support two weeks later at Sandringham.

Paul Simons, the owner of London-based business WalkingSticks.co.uk, told Mail Online that the Queen was using a "more of a telescopic walking pole with trigger grip and wrist loop" this week.

He added: "It has an unusual grip but appears to be a comfortable companion and the Queen's go-to walking stick for occasions such as this."