The Problem With PSG 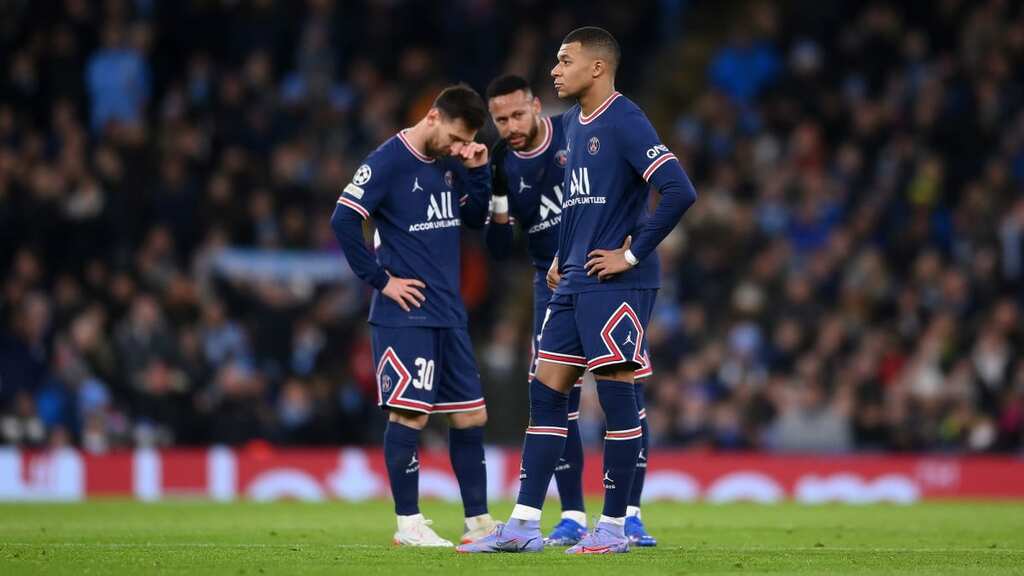 Another big night in Europe, and another defeat for Paris Saint-Germain. It didn’t ostensibly matter much, given RB Leipzig’s win away to Club Brugge meant that both PSG and Manchester City confirmed their places in the last 16 of the Champions League on Wednesday, and PSG may point out it beat City in September. But going through having won only two of five games indicates there is serious work to be done if the club's array of summer signings are to translate to a first Champions League title.

In truth, Man City was far more dominant than Wednesday's 2–1 scoreline would suggest. Given it was missing Kevin De Bruyne and Phil Foden, this was a hugely impressive performance from Pep Guardiola's side, the only concern being that, once again, it didn’t take full advantage of its domination.

There is a sense that PSG, meanwhile, is yet to get going this season, with injuries denying it a full-strength squad from which to choose. Sergio Ramos, yet to play since his free transfer from Real Madrid because of muscular issues, was named on the bench Wednesday, while the vaunted front three of Lionel Messi, Neymar and Kylian Mbappé started together for only the seventh time. But the midfield was weakened by the absences of Marco Verratti, who was a key figure in PSG’s win over City earlier in the group phase, and Georginio Wijnaldum.

That meant a midfield three of Idrissa Gana Gueye, Leandro Paredes and Ander Herrera, with their role to sit deep and protect the defense leaving a long gap up to the front three (Herrera himself was then forced off with a hamstring problem, replaced by Danilo). And that, of course, is indicative of PSG’s biggest problem: that accommodating the three star forwards means major compromises elsewhere. That perhaps is an easier trick to pull off against a team happy to dominate possession like City, but dropped points against Club Brugge and RB Leipzig show how hard it can be when a more proactive approach is required.

In the reverse fixture in Paris, when City had one of its odd flat games, PSG counterattacked extremely effectively and won 2–0. Although it lost comfortably on every expected goals model, the feel of the game was that it was always in control once it had taken the lead. Stopping other teams countering against City has become an increasing obsession for Guardiola, and that first meeting perhaps explained his squad selection, with Oleksandr Zinchenko included in midfield alongside Rodri and İlkay Gündoğan, and a front three of Riyad Mahrez, Bernardo Silva and Raheem Sterling.

The outcome was that City dominated possession in the first half, had chance after chance and hit the post through Gündoğan. At halftime, implausibly, it was still 0–0, but any sense of jeopardy was removed by the news that Club Brugge was 4–0 down to RB Leipzig, meaning both sides were through no matter what the score.

The game seemed to be following the path of the match in Paris, as City’s inability to take its chances was punished. Wednesday, it was a neat move culminating with Mbappé firing Messi’s deflected cross through Ederson’s legs.

But City, unlike in Paris, rallied. Sterling stretched to poke in the equalizer after Kyle Walker’s cushioned volley broke off Gabriel Jesus, and then the Brazilian forward stroked in a second as Bernardo Silva laid off a deep cross from Mahrez. It hardly mattered given the situation in the group—the win did clinch a first-place finish for City, while PSG will go through in second—but it was another disappointing result for PSG in a high-profile European game.

The paradox that a wealth of great forwards means you have to play defensive football is inevitable at a club like PSG, where signing celebrities has been prioritized over team-building. But that is not the sort of football Pochettino has played at Espanyol, at Southampton or at Tottenham, where he made sides greater than the sum of their parts by constructing a coherent system.

That may in part explain his apparent frustration with life in Paris and why he is apparently seriously contemplating the possibility of a switch to Manchester United, regardless of his pre-match remarks Tuesday when asked. The politics of the dressing room and the fact his wife and children still live in London may also be factors attracting him to a return to the Premier League despite signing a PSG contract extension to the summer of 2023.

Pochettino has acknowledged that he is unlikely to keep his job if PSG does not win the Champions League title this season—being 11 points clear already in Ligue 1 and restoring its domestic dominance will mean little to the club's hierarchy—and the truth is that PSG looks no nearer now to doing that than it has in any previous season. Perhaps things will change if injuries ease, but even a full squad will not resolve the basic issue of balance.