‘The president’s decline is alarming’: Biden trapped in coronavirus malaise

By Christopher Cadelago and Laura Barrón-López 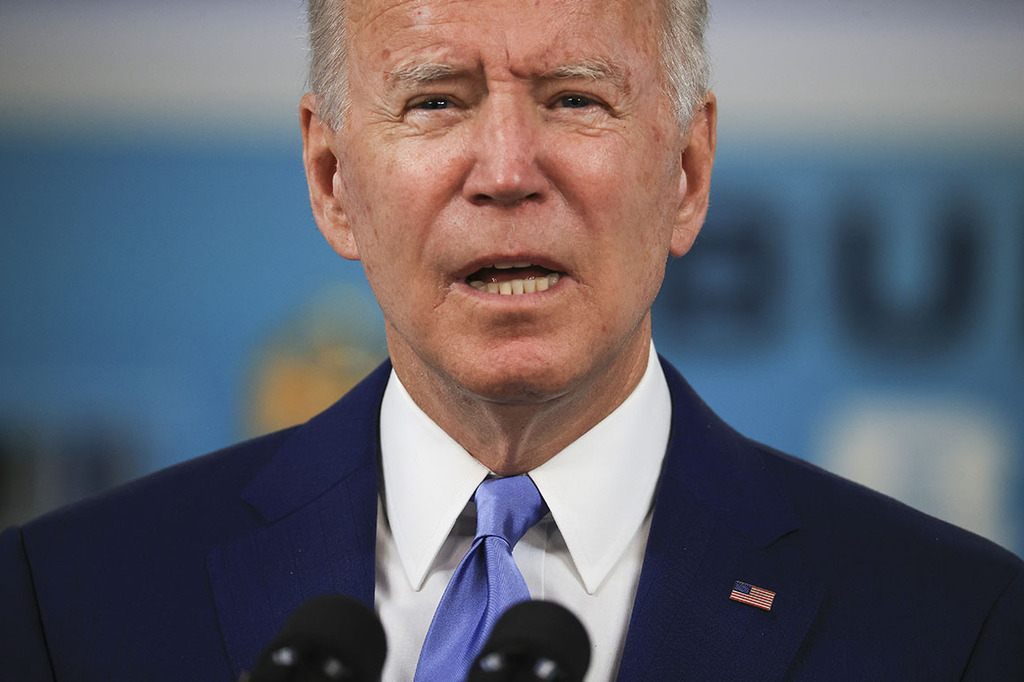 All nine participants from Tuesday’s session gave Biden C- grades or lower. And their answers circled back to a similar point: The pandemic and the many ways it continues to hinder normal life is souring their views of Biden.

One woman said she wanted to buy a car but supply chain issues were delaying new shipments to the dealership. A man complained about understaffed restaurants.

“There is a malaise,” said Sarah Longwell, a moderate Republican strategist who became a vocal supporter of Biden in 2020, and led the focus group of Democratic voters. “People don’t feel like their lives have been improved. They did sort of feel that promises aren’t being kept.”

Nearly nine months into office, Biden and his team contend that the ravages of the pandemic are starting to recede due to his actions. They point to polling showing strong support for his legislative agenda, anchored by physical infrastructure and social and climate spending packages. They note how rare it’s been for Democratic lawmakers to break ranks, even during this current, difficult period.

But Biden’s standing with Americans has plummeted, with his average approval rating plunging by nearly 15 points since late June. He's seen a drop among Democrats and even more with Republicans, but the decline has been particularly steep among independent voters. In the same time period, the president has scrambled to salvage his domestic initiatives amid infighting among Democrats over their size and sequencing. He has presided over a chaotic and deadly withdrawal from Afghanistan and faced criticism for his response to the inhumane treatment of Haitian migrants at the U.S.-Mexico border.

But it’s the pandemic that looms over it all, making it all the more difficult for the White House to turn back the slide.

Longwell said she was struck by how similar the concerns of Democrats sounded to Republicans, and also by how little Democrats in her surveys blame Republicans for standing in Biden’s way. It’s a point echoed by nearly a dozen strategists who have compiled or reviewed research into Biden’s precipitous decline.

Biden and Democrats in Washington “are in a morass of fighting with each over bills that nobody knows what’s in,” Longwell added. “It just looks like a cluster.”

The White House has never disputed the notion that Biden’s political fate is tied to his handling of the Covid-19 fight. It’s why they quickly moved to pass a $1.9 trillion relief bill upon taking office and placed such an emphasis on getting people vaccinated. But recognizing a hurdle is different than clearing it. Early, bullish proclamations about the country reopening proved to be premature, as did the belief that they could use persuasion, access and education to increase vaccination rates.

Biden’s job has been complicated by some Republicans, including former President Donald Trump, who have spread anti-vaccine conspiracies and rejected vaccine and mask-wearing requirements in predominantly red counties. But public health experts have also criticized the administration for being confusing with its messaging and slow to adopt new approaches. A recent push for vaccine mandates has led to an uptick in vaccination rates, but tens of millions have still not received a shot.

For the president and his allies, there’s only one clear way out: Reports from leading party operatives, some shared with the White House and Democratic committees, and polling provided to POLITICO, all point to Biden needing to get a handle on the virus to claw his way out of the muddle.

In one widely circulated memo, Democratic strategist Simon Rosenberg argued that Biden’s steep drop-off can only be explained by the public’s perception of his uneven handling of the pandemic and a belief he is not prioritizing it. Rosenberg, who has been in touch with White House and party committee officials, contends that the tens of millions of dollars being spent to sell Biden’s Build Back Better agenda is “reminding” voters that the president isn't focused on the virus. Even passing both bills won’t be enough to significantly improve Biden’s standing without Democrats first establishing they are the party responsible for defeating Covid, he said.

“The president’s decline is alarming. It’s serious,” Rosenberg said. “But it also can be reversed. And it isn't going to be reversed by passing these two bills alone. He has to get Covid under control.”

In interviews in the swing state of Georgia and focus groups conducted in other battlegrounds, most Democratic base voters echoed those concerns. Kayla Scott, 30, a cafe worker in southeast Atlanta, said more financial assistance from the federal government to help with the pandemic fallout would go a long way.

“Especially not just people with children, a lot of us don't have children,” said Scott, a Black woman, who voted for Biden in 2020. “But a lot of us have to be in this public-facing environment as service workers because there's no real extra help for us and people are getting sick every day.”

Pandemic fatigue is growing among Biden’s core voters elsewhere, too. In a nearly 100-page study of 40 so-called “gettable” Democrats and independents done in Clark County, Nev., last month, researchers found that voters were “anxious, tired, and exhausted.” The researchers added that voters “looked at the government’s [Covid] stumbles along the way and shrugged their collective shoulders.”

“I see them as flat on their backs,” Gretchen Barton, research director at the Democratic-aligned nonprofit Future Majority, which conducted the study with liberal advocacy group Way to Win, told POLITICO.

Future Majority President Mark Riddle, whose recent surveys with Change Research look at battleground states and swing congressional districts, called it concerning that Biden’s approval rating on handling Covid stood at 46 percent in battleground states. But voters there say they still trust Democrats (41 percent) over Republicans (24 percent) when asked which party has better delivered on defeating Covid, the polling found.

“This is a really tough time in our country. We’re still battling Covid and a lot of people thought we’d be through it, including us,” Psaki told reporters. But she added the president’s focus is not on fluctuating polls, but “on getting the pandemic under control, returning to life, a version of normal so people can have [the] security of going into work.”

Others in the president’s orbit take the longer view. “You and I are going to have this conversation a year from now,” said John Anzalone, the longtime Biden pollster. “The political environment is going to be different. And so will Biden’s numbers.”

In interviews and polling analyses, Democrats said they ultimately need to get to a place where Biden and down-ballot candidates are playing offense on the issue of Covid. Biden’s directives around vaccine mandates were a good start, Riddle said, but he advised Democrats to make Republicans pay for their intransigence and in some cases stonewalling, singling out Govs. Ron DeSantis of Florida and Greg Abbott of Texas.

Just two presidents in the post-World War II era — including Trump — have had worse approval ratings than Biden by this point in their tenures. And although that may be a product of a more polarized nation, his foundering is fraying nerves among Democrats across the country — especially in Virginia, where a governor’s race next month presents one of the party’s first major political tests since Biden took office.

It isn’t the virus’ resurgence alone that’s hindered Biden. While Afghanistan and the border have largely faded from the news cycle, polls show they contributed to his slide, especially in how voters judged his competency in the job. In Georgia, Democrats said they remained confused and upset by Biden’s decision-making on Afghanistan, migrants at the border, and the intraparty feuding around his economic agenda. “Disappointed” was a word used by most of the Black and white voters who spoke to POLITICO in the metro Atlanta area when describing Biden’s time in office. But none said they were prepared to abandon Democrats in 2022 and 2024.

Sylvia Bernstein, a 71-year-old Biden voter from Atlanta, said Biden had “made horrible mistakes,” particularly on Afghanistan and refugees. “And now this budget that he’s trying to pass — $3 trillion — I don’t see that happening,” said Bernstein, who is white. “And I don’t think he’s gotten much support from other Democrats. Everybody seems to be floundering around.”

The hope among elected Democrats is that legislative success will ultimately calm voters like Bernstein and give Biden a needed reprieve from the seemingly endless brutal news cycles he’s endured, whether they be on the Covid battle or Afghanistan withdrawal.

Specifically, Clyburn blamed the sustained intraparty fighting over the Build Back Better plan for hurting the president.

“On substance, the president’s programs are what people seem to want. Like everything else, it's the sausage making that's causing problems with the polls,” he added. “There are one or two [senators] that will keep him from getting to 50.”