For billions of years after the origin of life, the only living things on Earth were tiny, primitive cells resembling today’s bacteria. But then, more than 1.5 billion years ago, something remarkable happened: One of those primitive cells, belonging to a group known as the archaea, swallowed a different one — a bacterium.

Instead of being digested, the bacterium took up permanent residence within the other organism in what biologists call an endosymbiont. Eventually, it integrated fully into its archaeal host cell, becoming what we know today as the mitochondrion, the crucial energy-producing component of the cell.

Its acquisition has long been viewed as the key step in what is arguably the most important evolutionary leap since the origin of life itself: the transition from early primitive cells, or prokaryotes, to the more sophisticated cells of higher organisms, or eukaryotes, including ourselves.

It’s a neat story you’ll find in most biology textbooks — but is it quite that simple? In the last few years, new evidence has challenged the notion that mitochondria played a seminal role in this transition. Researchers sequencing the genomes of modern-day relatives of the first eukaryotes have found many unexpected genes that don’t seem to come from either the host or the endosymbiont. And that, some scientists suggest, might mean that the evolution of the first eukaryotes involved more than two partners and happened more gradually than suspected.

Others don’t see a reason yet to abandon the theory that the acquisition of the mitochondrion was the spark that ignited the rapid evolution of eukaryotes — giving rise, eons later, to plants, animals, vertebrates, and people. Fresh evidence from genomics and cell biology may help resolve the debate, while also pointing to knowledge gaps that still need to be filled to understand one of the foundational events in our own ancestry, the origin of complex cells.

The mystery genes turned up in the last decade when researchers, including Toni Gabaldón, an evolutionary genomicist at the Barcelona Supercomputing Centre, and his colleagues took advantage of today’s cheap gene sequencing technology to explore the genomes of a wide range of eukaryotes, including several obscure, primitive, modern-day relatives of early eukaryotes.

They expected to find genes whose lineage traced back to either the archaeal host or the mitochondrial ancestor, a member of a group called the alphaproteobacteria. But to their surprise, the scientists also found genes that seemed to come from a wide range of other bacteria.

Gabaldón and colleagues hypothesized that the cellular ancestor of eukaryotes had acquired the genes from a variety of partners. Those partners could have been additional endosymbionts that were later lost or free-living bacteria that passed one or a few of their genes to the ancestral host in a common process called horizontal gene transfer. Either way, the tango that led to eukaryotes involved more than two dancers, they suggested.

“It is clear now that there are additional contributions from additional partners,” says Gabaldón, who wrote about the early evolution of eukaryotes in the 2021 Annual Review of Microbiology.

It’s tough to know exactly where those ancient foreign genes came from because so much time has elapsed. But there are many more recent, looser endosymbioses where the origin of foreign genes is easier to identify, says John McCutcheon, an evolutionary cell biologist at Arizona State University in Tempe who wrote about endosymbiont evolution in the 2021 Annual Review of Cell and Developmental Biology. Studying these might, by analogy, give us a shot at understanding how mitochondria and the first eukaryotes could have evolved, he says.

A prime example is a roughly 100-million-year-old partnership between insects called mealybugs and two bacterial endosymbionts, one nested inside the other in the mealybugs’ cells. (The endosymbionts make essential amino acids that the mealybug can’t get from its diet.)

Based on genomic analysis, McCutcheon and his colleagues found that the mealybugs’ metabolic pathways are now a mosaic made up of genes that originated with the bugs themselves, came in with their endosymbionts, or were picked up by horizontal transfer from other microbes in the environment.

To make this work, McCutcheon’s team showed, mealybug cells had to evolve an apparatus that transports proteins to and fro between what were once independent organisms — allowing ones from the mealybug cell to journey across two sets of endosymbiont membranes for use by the innermost endosymbiont.

Something similar occurs in a single-celled, amoeba-like eukaryote called Paulinella. Paulinella has an endosymbiont, engulfed tens of millions of years ago, that allows it to harvest energy from the sunlight without the chloroplast organelles that usually power photosynthesis. Eva Nowack, who leads a lab at the University of Dusseldorf in Germany, discovered that Paulinella’s genome now contains genes from the endosymbiont along with others that were acquired through horizontal gene transfer.

Remarkably, the endosymbiont imports more than 400 proteins from the host, so it also must have evolved a complicated protein transport system like the mealybugs. “That’s quite exciting,” says molecular evolutionist Andrew Roger, who studies the evolution of organelles at Dalhousie University in Halifax, Canada, because it suggests that evolving these transport systems anew isn’t as difficult as previously thought.

These examples illustrate how endosymbionts become integrated with their hosts and suggest that horizontal gene transfers from various sources could have been quite frequent early in the evolution of eukaryotes, too. “It doesn’t show that is what happened in the formation of the mitochondria, but it shows that it’s possible,” says McCutcheon.

Others agree. “There’s lots of strong evidence for horizontal gene transfer in eukaryotes, so there’s really no reason to say that it couldn’t have happened during that period of the prokaryote-eukaryote transition. In fact, it almost certainly did happen,” Roger says.

The implication is that the ancient host could have gradually acquired eukaryotic traits one at a time, like a shopper placing items in a shopping bag, via horizontal gene transfers or by gobbling a series of endosymbionts, explains John Archibald, a comparative genomicist at Dalhousie University. Some of those newly acquired genes could have been useful to the host as it evolved the rest of the machinery found in modern eukaryotic cells.

If so, by the time the ancient host engulfed the precursor of mitochondria, it would have already possessed many eukaryotic features, perhaps including some organelles, the internal compartments surrounded by membranes — meaning that mitochondria would have been not the main driver of eukaryotic evolution but a late addition.

But despite all the evidence supporting a gradualist hypothesis for the evolution of eukaryotes, there are some reasons for doubt. The first is that these more recent endosymbioses may not tell us much about what happened during the origin of eukaryotes — after all, in these latter cases, the modern host cells were already eukaryotes.

“These examples tell us how easy it is, once you have a eukaryotic cell, to establish intracellular endosymbioses,” says Bill Martin, an evolutionary biologist who studies the origins of eukaryotes at the University of Dusseldorf. But eukaryotes already have all the intracellular machinery needed to engulf another cell. It’s not at all clear that the ancestral proto-eukaryote had that ability, Martin says — which would make the barrier to that first endosymbiosis much higher. That, to him, argues against a gradual evolution of the eukaryotic cell.

In fact, some evidence suggests that key eukaryotic features were acquired all at once, rather than gradually. All eukaryotes have the exact same set of organelles familiar to anyone who has studied cell biology: nucleus, nucleolus, ribosomes, rough and smooth endoplasmic reticulum, Golgi apparatus, cytoskeleton, lysosome, and centriole. (Plants and a few other photosynthetic eukaryotes have one extra, the chloroplast, which everyone agrees arose through a separate endosymbiosis.)

That strongly suggests the other organelles all originated at about the same time — if they didn’t, different eukaryotic lineages ought to have different mixes of organelles, says Jennifer Lippincott-Schwartz, a cell biologist at the Howard Hughes Medical Institute’s Janelia Research Campus in Virginia.

Some biochemical evidence points that way, too. The ancestral host and endosymbiont belonged to different branches of the tree of life — archaea and bacteria, respectively — that use different molecules to build their membranes. None of the membranes of eukaryotic organelles are exclusively archaeal in structure, so it’s unlikely they came from the ancestral host cell. Instead, this suggests that the archaeal host was a relatively simple cell that evolved its other organelles only after the arrival of the mitochondrial ancestor.

But what about all those mysterious foreign genes recently found in the eukaryotic family tree? There’s another possible explanation, Martin says. All those foreign genes could have arrived in a single package with the endosymbiont that evolved into the mitochondrion. Later — in the 1.5 billion years following that event — those genes could have been scattered among many bacterial groups, courtesy of the ease with which bacteria swap genes. That would give the erroneous impression that multiple partners contributed genes to the early eukaryote.

Moreover, Martin adds, if the gradualist idea is correct, different lineages of eukaryotes should have fundamentally and measurably different collections of genes, but he has shown they do not. “There is no evidence to suggest that there were serial acquisitions,” Martin says. “A single acquisition of mitochondria at the origin of eukaryotes is enough.”

The debate is unlikely to be settled soon. “It’s very hard to find data that’s going to make us clearly distinguish between these alternatives,” says Roger. But if further studies of obscure, primitive eukaryotes revealed some that have only a subset of eukaryotic organelles, this could lend weight to the gradualist hypothesis. On the other hand, if evidence was found for a way that a simple archaeal cell could acquire an endosymbiont, that would make the “mitochondria early” hypothesis more plausible.

This article originally appeared in Knowable Magazine, an independent journalistic endeavor from Annual Reviews. Sign up for the newsletter. 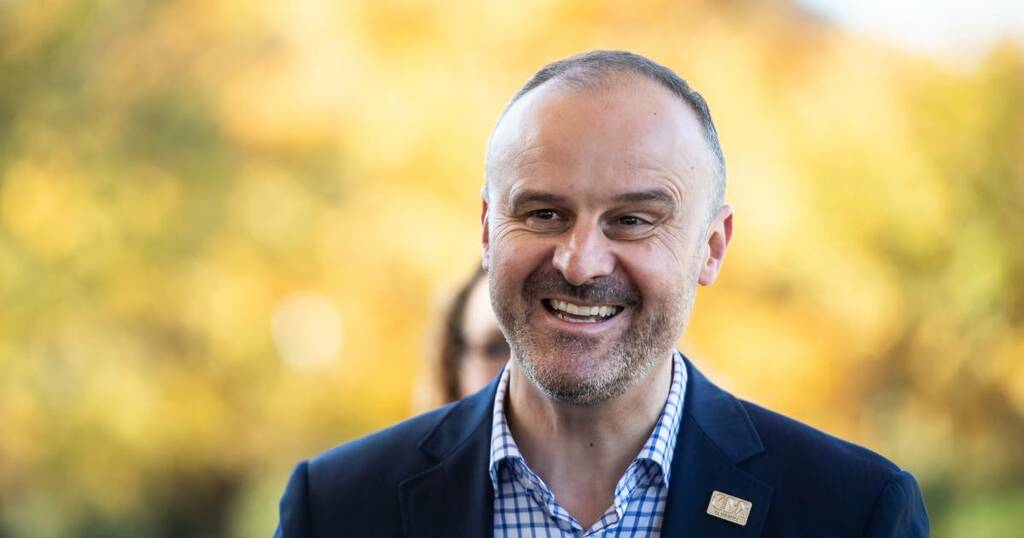 The Canberra Times
One subscription that gives you access to news from hundreds of sites
Do we need a new theory of evolution?

The long read: A new wave of scientists argues that mainstream evolutionary theory needs an urgent overhaul. Their opponents have…

The Guardian - UK
Monkeypox may not mutate as fast as coronaviruses, but that doesn't mean it can't adapt to its new hosts

The recent outbreak of monkeypox virus has called into question the capabilities of these kinds large DNA viruses to evolve,…