The potentially toxic grip of antidepressants and how I broke free

Everyone struggles with their mental health from time to time.

Each person's experiences are different and everyone needs different treatment depending on what they are going through.

My mental health took a bit of a nosedive a couple of years ago after some difficult personal circumstances and I knew I needed to look at getting some help.

I won't go into the situation, that's not what this is for - but it wasn't a great time.

My bosses were very understanding and allowed me some time off work and I immediately booked a doctor's appointment to talk things through and see what steps I should take to help get me back onto a better footing.

Things have improved vastly in terms of the stigma around mental health in recent years, but I was still nervous heading to the surgery, preparing to open up. I felt pretty vulnerable to be honest.

So I was surprised and quite disappointed that the locum doctor I met spent around three minutes listening to a rather tearful description of my situation before writing me a prescription and sending me on my way.

As a political journalist I am acutely aware of the pressures on the NHS at present but I couldn't help feeling a bit let down by the lack of interest displayed by the doctor - I guess I was a bit unlucky in this case.

The prescription I had been hurriedly handed was for a fairly common antidepressant known as an SSRI (selective serotonin reuptake inhibitor).

This particular anti-depressant, and many others available on the NHS, are a lifeline for many people and can help them manage their mental illness in a safe way.

It is generally seen as a fairly safe drug for helping those suffering from depression as it has fewer unwanted side effects than other antidepressants.

I started taking the tablets each day and after a few weeks I did start to notice a change.

My mood was lifting and it felt like the drugs combined with some other factors (more exercise and positive changes to certain circumstances) were having the desired impact.

But then I was unlucky again.

I had relocated and changed my GP and unfortunately the new practice I was registered with basically made it impossible for me to see a doctor.

Life got in the way and I stupidly didn't get round to changing my doctor, meaning that two years later I was still taking the drugs.

After finding them initially helpful in lifting my mood, I started to feel like the tablets were disagreeing with me, I was suffering with dizziness, shortness of breath and - ironically - some pretty low moods. I was quite keen to stop and see if I would now be better off without them.

I had read online (because I couldn't get an appointment) that withdrawing from SSRIs needed to be done gradually to avoid damaging withdrawal symptoms.

But trying to do this without speaking to a professional directly was a really bad idea.

My attempts to reduce the tablets failed spectacularly and led to a grim range of physical and mental effects including panic and anxiety attacks, powerful mood swings, stomach cramps and painful headaches. I basically passed out a couple of times.

In short, it didn't go well - and I was stupid for trying to do it myself.

Finally I was able to change doctor again and get an actual appointment with an actual GP.

He was great, attentive and seriously listened to what had been going on.

We worked out a strict schedule to stick to for re donducing the dose of the drugs and he gave me some other guidance and useful advice.

That was three months ago and I'm pleased to say I am now off the tablets altogether and feel great - there were no side effects and I'm in really good shape.

I was keen to write down my experiences just in case it could help anyone who might currently find themselves in a similar situation where the grip of antidepressants and a lack of support can lead to you feeling trapped and anxious about what to do.

My fairly basic advice would be to find a GP surgery that works for you as soon as possible, one where you can actually speak to someone who will tell you if you are ready to reduce your dose and if so, how to do this safely.

It is certainly the best place to start.

A dose of antidepressants should be slowly reduced, normally over 4 weeks, but sometimes longer.

This is to prevent any withdrawal symptoms you might get as a reaction to coming off antidepressants suddenly.

Withdrawal symptoms may include:

See your doctor if you get severe withdrawal symptoms after you stop taking antidepressants. Alternative approaches can be used, such as reintroducing another antidepressant from the same group and reducing the dose more slowly, or stopping completely and managing your symptoms.

The mental health charity Mind has more information on the withdrawal effects of antidepressants . 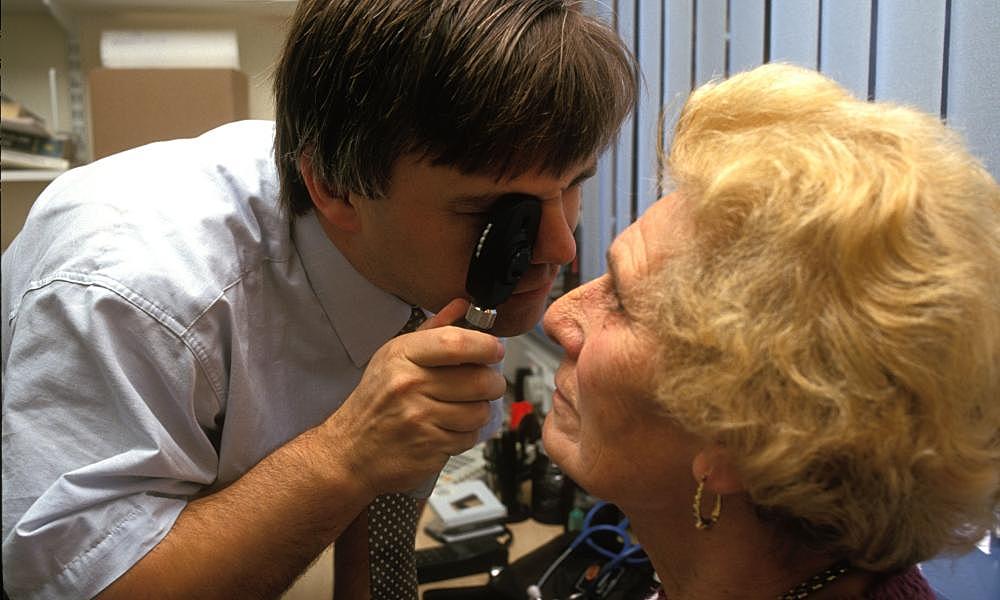 Older women are needlessly going blind. Why isn’t it a national scandal?
GPs regularly fail to diagnose giant cell arteritis, a disease that causes blindness in hundreds of women every year

"Winter pressures don’t exist anymore...These days the pressure is on all year round"