The People Paradigm: What Powers Netflix 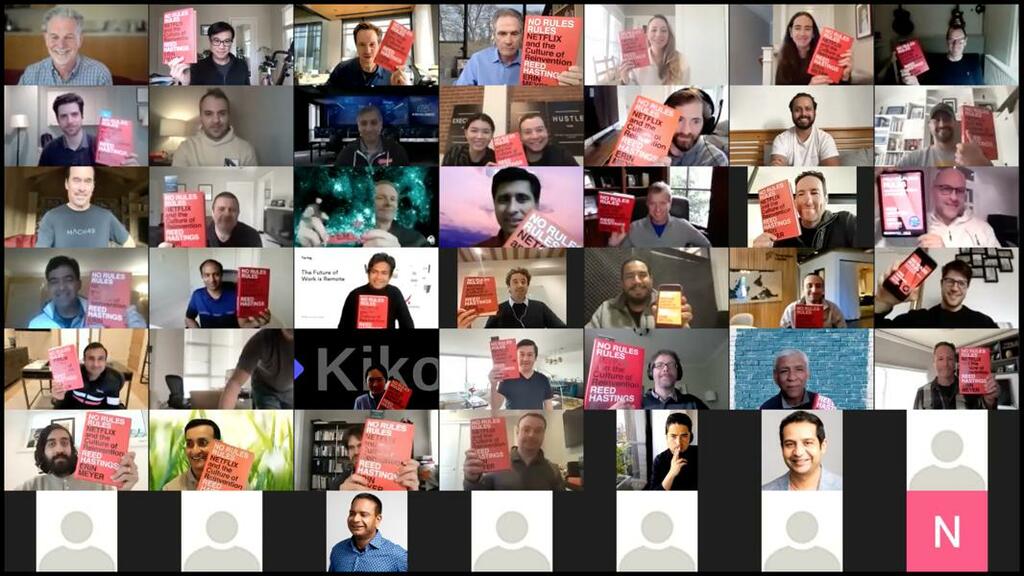 In early 2000, Netflix co-founders Reed Hastings and Marc Randolph met with John Antioco, the CEO of Blockbuster, to pitch him on the idea of acquiring their startup for $50 million. Antioco practically laughed them out of the building. At the time, it wasn’t hard to see why. Blockbuster dominated the home-entertainment business, with nine thousand rental stores worldwide and $6 billion in annual revenues. Netflix, by contrast, was a two-year-old DVD-by-mail company that was off to a shaky start, with losses that year alone totaling $57 million.

Faster than anyone anticipated, however, the world changed and Netflix was able to change (and grow) with it; while Blockbuster, was not. Fast-forward ten years: Blockbuster declares bankruptcy. Fast-forward another decade: only a single Blockbuster store, in Bend, Oregon, remains. Netflix, in the meantime, has become a $221-billion full-stack entertainment company. Its internet-streaming service counts over 167 million subscribers in 190 countries, the company is a major producer of award-winning films and TV shows, and just yesterday, September 8th, 2021, its stock price reached an all-time high. (Full disclosure: my firm, Foundation Capital, was an early investor in Netflix, but we no longer hold an equity position in the company.)

So, what happened? How was Netflix able to adapt to the times and go from a struggling upstart to a global media juggernaut, while Blockbuster, an industry giant that had all of the resources, scale, and cultural cachet, crumbled like an ancient statue in the desert?

That’s essentially the question Reed Hastings explores in his recent book, No Rules Rules: Netflix and the Culture of Reinvention. His answer is more than a narrow history of a single company’s rise, however. Blockbuster was not an anomaly. Most companies flounder and fail when their industry shifts. What makes Reed such a great leader is that perhaps no other CEO in the Valley is as thoughtful about organizational design or as obsessed with understanding what organizations need to do to compete in an era of disruption. No Rules Rules is a wise and textured guide to success for any company in the innovation business, especially startups. That’s why my Foundation Capital partners and I sent all of our portfolio CEOs a copy and hosted a virtual book salon for them in which I interviewed Reed, himself, about his lessons learned.

It turns out the secret to Netflix’s success wasn’t always obvious to Reed, but if you ask him today, he’ll credit the company’s unique culture. Now, every CEO talks about culture, but for Reed, it isn’t a set of fuzzy values, nor some convoluted series of processes. His model is simple: businesses in a dynamic industry, for which innovation is imperative, should employ the best people and empower them to do their best work. His three-part prescription for creating a company culture optimized for innovation, speed, and flexibility is equally straightforward: build talent density, increase candor, and reduce controls.

Build talent density. The first and most important piece of the puzzle was a realization that Reed stumbled upon rather painfully when he had to lay off a third of Netflix’s staff in 2001, after the dot-com bubble burst. Rather than being left with a demoralized band of survivors, Reed discovered that holding on to only the highest performers actually improved morale and productivity. Suddenly, he found, “[t]he entire office felt like it was filled with people who were madly in love with their work.”

The most foundational tenet of a high-performing firm culture is: a great workplace is stunning colleagues. At most companies, the processes and rules are put into place in order to manage subpar employees. But if you avoid or eliminate these people, you don’t need the rules. If you build a company overwhelmingly dominated by high performers, you don’t need the controls. The denser the talent, the more freedom you can offer everyone.

A company should be likened to an elite sports team, argues Reed. Team members who help the team win are richly rewarded; members who don’t make the cut, get cut. One way to check whether you do have the best “players” is to regularly subject team members to Netflix’s infamous “Keeper Test.” The Keeper Test forces managers to take a hard look at their staff and ask themselves, Which of my people, if they told me they were leaving for a similar job at a peer company, would I fight hard to keep at Netflix? Team members who don’t pass the test, get a generous severance.

Increase candor. Stunning colleagues have a great deal to learn from each other. But the everyday etiquette of polite society often inhibits employees from giving each other the feedback needed to do their best work and take their performance to another level. By fostering candor — that is, enabling people to say what they really think (with positive intent) — the whole team gets more effective at what it does. By “farming for dissent,” talented employees help each other make better decisions. “[T]he day you find yourself sitting on your feedback because you’re worried you’ll be unpopular,” says Ted Sarandos, Netflix’s chief content officer, “is the day you need to leave Netflix.”

Reduce controls. With the other two elements in place, you can tear up the employee handbook and eliminate travel, expense, and vacation policies. As talent becomes denser and feedback more frequent and candid, you can remove approval processes throughout the organization. It was the experience of Reed’s first startup, where process came to be piled on top of procedure and heaped onto controls until the spirit of innovation was snuffed out, that taught him that process was the death of creativity — hence the title of the book, No Rules Rules.

Such policies and processes squash innovation, slow down a business, and keep an organization from changing quickly when the environment shifts. Most deleteriously for a creative business, they make great team members risk-averse and afraid of making mistakes. The goal of a high-performing culture is to lead with context, not control.

Those are the three pillars of what Netflix calls its “culture of freedom and responsibility.” You can’t have one without the other. If you’re an existing firm, you can’t simply remove all your rules and processes and expect that a high-performing organization will be what you’re left with. But if you read No Rules Rules, which is my recommendation for best management book of the year, you’ll have a blueprint.

What really resonated for me about the book is that, at its core, Reed’s definition of a company’s culture is its people. He’s remarkably blunt, unapologetic, and uncompromising about how to turn a disparate collection of individuals into a high-performing, innovative organization: Hire and keep the most talented. Give them the feedback they need to succeed. Get out of their way.

That a company’s culture comes down to the people who work there might seem somewhat obvious, but it’s actually radical when you think about the management paradigms of the industrial era that continue to dominate the practices of most corporations. In a manufacturing environment, minimizing variation and error are the goals. Therefore, you put processes and policies in place to maximize precision and mass production, which results in wealth creation. That’s the standard that- has powered the last three hundred years of economic progress.

But the world has changed. Intellectual property and creative services are more important than ever, and the need for inventiveness and innovation is increasingly critical. In the information age, imaginative thinking now drives success for many companies. At inventive firms, the goal isn’t to eliminate variation and maximize replicability. It’s to foster fresh ideas, velocity, and nimbleness. The greatest risk isn’t making mistakes or a loss of consistency, says the CEO of Netflix, “it’s failing to attract top talent, to invent new products, or to change direction quickly when the environment shifts.”

As a former product designer, I’m struck by Netflix’s ability to continuously reinvent itself: from rent-and-return to monthly subscription to streaming service to content creation. It used to be the case that being big meant going slow and losing focus, which are two of a startup's most lethal weapons. But somehow, Reed & Co. have defied the laws of innovation physics by getting better and faster while simultaneously getting bigger and more innovative.

No Rules Rules lines up with my own thinking about the changing nature of business. I argued in an earlier Forbes piece that the tech part of the tech industry is often overemphasized. Technology isn’t going to replace us, nor is technology going to save us. At the end of the day, technology is simply a tool. What truly powers Silicon Valley-style innovation are the special humans — be they designer founders, missionary misfits, or the stunning colleagues of Netflix — who enable a company to choose creativity over compliance and speed over safety.

As the past year and a half have made unquestionably clear, never has creativity and adaptability for organizations been more important to our society. Not all startups will face a Blockbuster-sized challenger, but the world has an endless array of disappointments, disruptions, diseases, and disasters waiting in the wings. Businesses that can’t acquit themselves and evolve, will die.

Fortunately, No Rules Rules is a guide on how to survive and thrive in our brave new world. You can build an organization that welcomes constant change, is ever reinventing itself, and can operate on the edge of chaos. You can build a foundation that will withstand whatever may come. And the surest way to future-proof your business is to pack it tightly with extraordinary, creative people who are able to use technology as a lever to destroy the sclerotic corporation that outrageously charged me a late fee on a Zoolander DVD rental even though the store clerk saw me put it in the slot with, like, at least 10 minutes to go before closing!