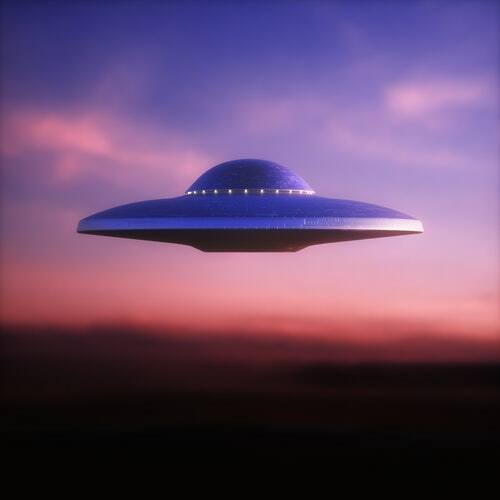 The Pentagon announced the creation of a new governmental group to pick up where its Unidentified Aerial Phenomenon Task Force left off, and promises to further investigate all manner of strange phenomena. If you dosed off for a second there we don’t blame you.

Sorry, it’s just that somehow, someway, the Department of Defense just managed to make alien hunting sound like an absolute bore. Per an official press release this week, the government is launching an Airborne Object Identification and Management Synchronization Group, or (deep breath) the AOIMSG, which will “synchronize efforts across the Department and the broader U.S. government to detect, identify and attribute objects of interests in Special Use Airspace (SUA), and to assess and mitigate any associated threats to safety of flight and national security.”

So... it’s a secret sky police that monitors top-secret airspace for mystery spycraft and potential ETs, right? Why not just say that, then?! Next you’re gonna tell us they managed to make killer robots sound mundane.

So, we can chalk the AOIMSG up to one of two explanations: The first is that the Pentagon is so concerned with UFO and UAE issues that it’s trying to make its decades’ long efforts to figure out the problem sound as bland as humanly possible. We assume this decision probably falls within the purview of the... *checks press release* Airborne Object Identification and Management Executive Council, or AOIMEXEC...

Which leads us to explanation number two: The Department of Defense’s branding team is simply absolute garbage. We’re gonna have to lean with the second answer for this one.

Still happy to see it —

Regardless of the tongue-twister of a name, it’s good to see the Pentagon is still actively investigating all the weirdness that’s apparently going on above our heads. As the press release notes, it’s generally not a great idea to have anything unidentified floating around in restricted American airspaces, so having dedicated time and resources for examining these situations is probably in everyone’s best interest.