‘The party’s over’: Keir Starmer tells Boris Johnson he has to quit 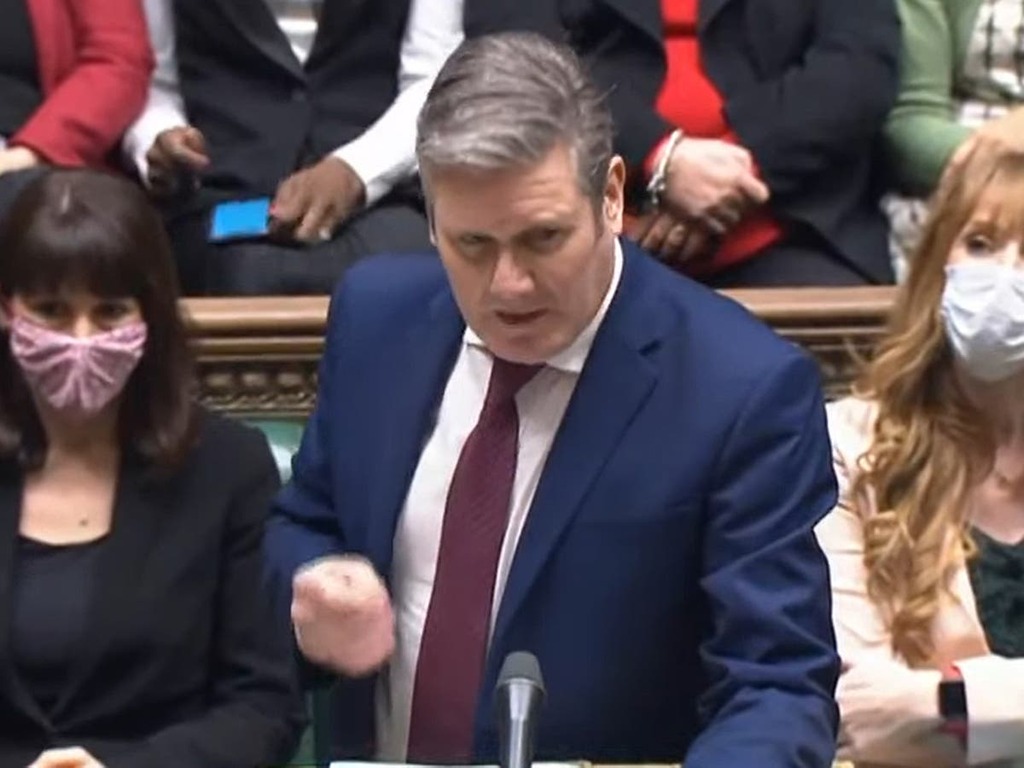 Labour leader Keir Starmer has urged Boris Johnson to “do the decent thing” and resign as prime minister after he admitted attending a drinks gathering at No 10 at the height of lockdown.

The Labour leader said “the party’s over” and said the British public could see Mr Johnson had been “lying through his teeth” about parties at Downing Street during the pandemic.

The prime minister has apologised for attending the event in the No 10 on 20 May 2020 – but insisted he thought it was a “work event” and could have been said technically to fall within the guidance.

“His defence that he didn’t realise he was at a party is so ridiculous that it is actually offensive to the British public,” said Sir Keir at PMQs on Wednesday.

“He has finally been forced to admit what everyone knows – that while the whole country was in lockdown, he was hosting boozy parties in Downing Street. Is he going to do the decent thing and resign?”

Mr Johnson replied: “I regret very much that we did not do things differently that evening. I take responsibility and apologise. But as for his political point, I don’t think he should pre-empt the [Sue Case] inquiry.”

Sir Keir added: “The party is over, prime minister. The only question is: will the British public kick him out, will his party kick him out, or will he do the decent think and resign?”

Mr Johnson claimed a lawyer should “respect” the parties inquiry led by top civil servant Sue Gray, but accepted that “misjudgments had been made” under his watch.

Admitting to his attendance to the lockdown gathering at the start of PMQs, the PM told the Commons that the No 10 garden had been used “as an extension of the office which has been in constant use because of the role of fresh air in stopping the virus”.

Mr Johnson said that he attended the 20 May drinks event to thank groups of his staff, saying: “I believed implicitly that this was a work event.”

He added: “With hindsight I should have sent everyone back inside, I should have found some other way to thank them, and I should have recognised that – even if it could have been said technically to fall within the guidance – there would be millions and millions of people who simply would not see it that way.”

Calling again on the prime minister to quit, the SNP’s Westminster leader Ian Blackford said that if Mr Johnson “has no sense of shame” then Tory backbenchers “must act to remove him”.

Meanwhile, Mr Johnson’s former aide Dominic Cummings said the PM’s excuse that he thought the May 2020 event was within the rules was “bullshit”.

Mr Cummings said he had objected to the invitation sent by No 10’s principal private secretary Martin Reynolds because it was obviously a social event. “Whole point of why I & other official told MR – WTF YOU DOING HOLDING A PARTY – was cos the invite = obv totally SOCIAL NOT WORK (Unlike all the mtngs in garden).”