The Only Derek Jeter Take You Need As He Enters the Hall of Fame Is Larry David’s Take: TRAINA THOUGHTS 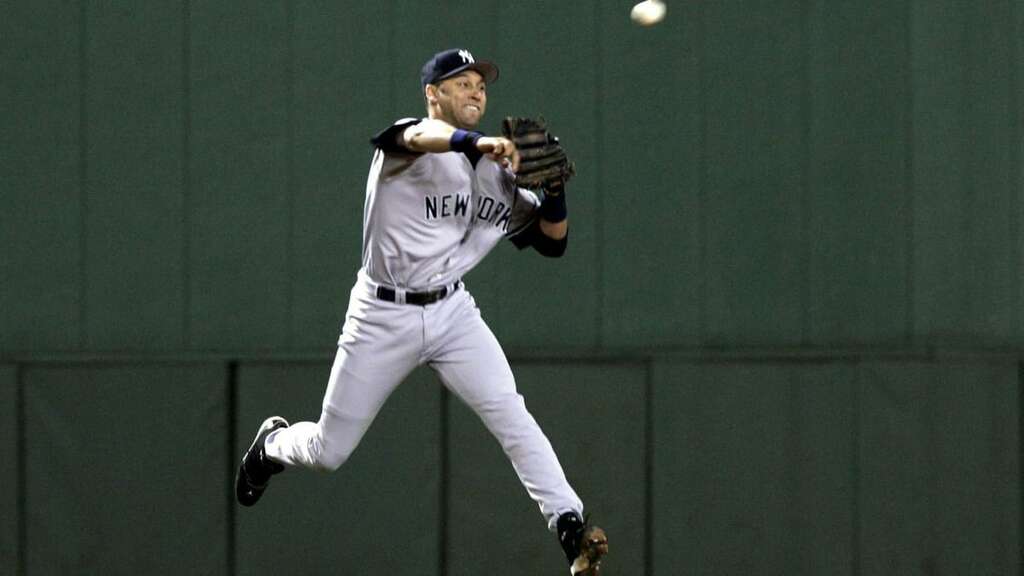 1. Former Yankees shortstop Derek Jeter will finally be inducted into the Major League Baseball Hall of Fame on Wednesday. His ceremony last year was nixed because of COVID-19.

Jeter received 396 of 397 votes in his first year on the ballot. However, there are still a few people out there who aren’t impressed with things like five World Series titles, 3,465 hits, five gold gloves and being a 14-time All-Star.

If you’re one of my longtime readers from back in the Hot Clicks days, you know I’m not objective in any way, shape or form when it comes to Jeter. So, forget me. Let’s hear from someone else, who always has correct takes, about the ridiculous narrative that Jeter is overrated.

Thank you, Larry. As always, Larry is correct.

On a side note, while Jeter’s on-field resume speaks for itself, he’s made numerous contributions to pop culture that should also be celebrated today.

While his appearance on Seinfeld was truly fantastic.

Nothing Jeter has ever done is nearly as awesome as Derek Jeter’s Taco Hole:

2. My colleague, Dan Gartland, covered this in-depth in today's Hot Clicks, but I just wanted to say that one of my favorite stories in sports right now is Tom Brady's hatred for the new rule that allows defensive backs to wear single-digit numbers.

Here's the thing about this: Brady makes a very good point.

3. This isn't as bad as the dope who got arrested last week for selling fake vaccine cards with Moderna spelled "Maderna," but the Broncos quarterbacks, including Drew Locke, who has not lost his starting job, tried to pull a fast one on the NFL last season when it came to COVID-19 protocols

4. I've never been this worked up about anything in my life, ever.

Having said that, this made me LOL for real.

6. The latest SI Media Podcast features an interview with sports reporter Ben Strauss of the Washington Post. Strauss breaks down all aspects of the wild Bishop Sycamore story that unfolded this week. The high school football team played a game on ESPN, but it quickly became apparent that something was clearly off with the non-competitive team. How did this happen? Why did this happen? What are ramifications? Who is to blame? Strauss explains it all.

Following Strauss is the SI Media Podcast's weekly "Traina Thoughts" segment. This week, Jimmy and Sal Licata from WFAN and SNY discuss what happened with the Mets this week, J.R. Smith returning to college and taking us along for the journey, movies we haven't seen that we should've seen, gambling and more. Jimmy also reads the latest Apple Podcast reviews on the show.

You can listen to the podcast below or download it on Apple, Spotify or Stitcher.

Be sure to catch up on past editions of Traina Thoughts and check out the Sports Illustrated Media Podcast hosted by Jimmy Traina on Apple, Spotify or Stitcher. You can also follow Jimmy on Twitter and Instagram.