With Her Majesty, The Queen's Platinum Jubilee only a few weeks away plans are in full swing across the country to celebrate the historic event. The four-day Bank Holiday weekend will mean more of us will be out and about.

However, before you let your hair down and enjoy the festivities to their fullest, there are some rules you might need to know about.

We've been hunting through the old fashioned laws still in existence today that you could fall foul of if you aren't aware of them.

1. It's illegal to be found to be drunk in a pub

Nope, we're not joking (that reaction might become quite common as you read on). Brought into law in 1839 it is illegal to be inebriated whilst on licenced premises. However, if you can hide it then you might be able to get away with it.

2. It is an offence to handle a salmon and look at all suspicious

How you manage to carry a salmon and not look suspicious is something that's got us scratching our heads but apparently, it is against the law to handle the slippery fish with such an appearance on your face. That's according to the Salmon Act of 1986, that's right it was brought in less than 40 years ago and still counts as a law of the land.

3. It's illegal to walk your cows down the street during daylight

We've got many questions for this one, first of all, why, unless you were a farmer, would you have some cows? Secondly, why would you want to walk them down the street either in the daytime or nighttime?

Whatever your reason it is against the law for farmers and pet owners to walk their cattle through the streets between the hours of 10am and 7pm, unless they have special permission from the head of the local police force.

4. Firing a cannon within 300 yards of a private residents

Now Newcastle isn't famous for its abundance of cannons granted but just in case you're considering marking the Platinum Jubilee in a similar way to the gun salutes we'll be seeing in Hyde Park in London then you might want to take note of this one.

If you're caught playing with your firearm and it's of a greater calibre than a common 'fowling piece' near someone's house, you could be fined £200. Although if you do wheel out your cannon, you might be more concerned with a visit from Northumbria Police rather than an ancient law.

5. Cannot be drunk in charge of cattle

Another one for those who might have a couple of cows grazing in your back garden. The Licensing Act of 1872 forbids farmers or other cattle owners from being in charge of their herd after they've had a tad too much to drink.

The law also forbids people from being drunk while in charge of any carriage, horse or steam engine. You can also come up on the wrong side of the law if you're drunk and in possession of a firearm.

6. Dressing up as a policeman, sailor or soldier is forbidden

What better way to celebrate the four day Bank Holiday weekend than donning fancy dress? That's all well and good but The Seamen's and Soldier's False Characters Act of 1906 renders it illegal to dress up as a sailor and soldier. The Police Act of 1996 has also waded in banning us from dressing up as an officer of the law.

The ban also applies even if we're off to a costume party or "for the purposes of stripping".

7. Hanging washing across a street is a big no-no

We're sure you'll have seen the pictures from the old days of streets decorated with washing hanging above the cobbles. But did you actually know that anyone carrying out such a practice, in order to give their clothes that authentic musty petrol smell, can be fined up to £1,000?

According to the Town Police Clauses Act of 1847, the law still exists today, however, it doesn't ban bunting, flags and other Union flag based banners.

Granted it's not the first thing you think about when you enter Newcastle City Library but, just in case the urge takes you, it is against the law to place a bet while in any library in the country.

You also have to hold your tongue if the library doesn't have the book you require as foul language is also against the law.

9. No pigs in the front garden

Yes, you did read that right. Along the same lines as the rules regarding what you can and cannot do with your cows, it is also illegal to have a pigsty in front of your house.

We've got the Town Police Clauses Act 1847 to thank for this one, although what the punishment would be for keeping pigs in the front yard hasn't been included. 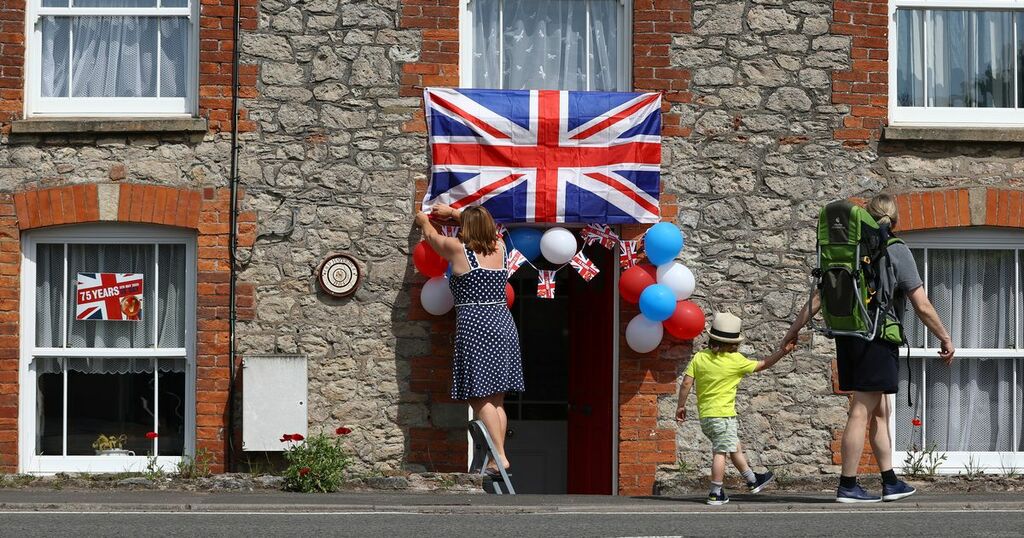 Wales Online
One subscription that gives you access to news from hundreds of sites
UK homes could face up to £5,000 fine if not decorated properly for Queen's Jubilee

The celebrations are less than a month away now

UK households could have to cough up thousands this June