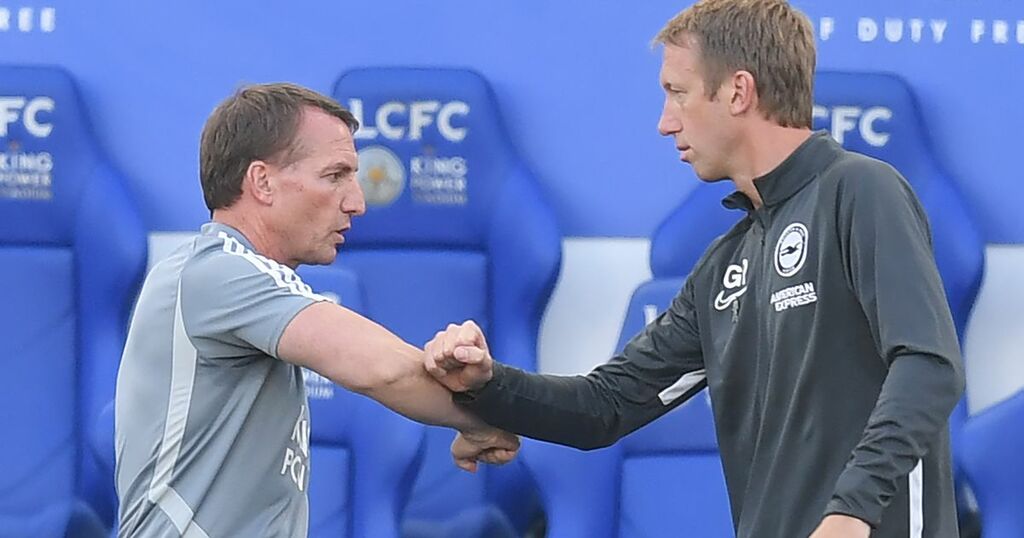 It's safe to say it has been a disappointing start to the season for Newcastle United, who are yet to win in the Premier League and currently sit second bottom after seven matches.

There was some positive news last week, though, after Public Investment Fund (PIF), PCP Capital and the Reuben Brothers completed the eagerly-awaited takeover from Mike Ashley.

But the new owners' first task will be to steer the Magpies away from danger and ensure they don't drop into the Championship for the third time in 12 years.

Newcastle 's recent form has put Steve Bruce under increased pressure and there has been speculation that he could lose his job before Sunday's game against Tottenham Hotspur.

A number of different coaches have been linked with becoming the new manager should the position come available and the board decide to sack the 60-year-old.

The Northern Irishman has done an excellent job at Leicester City since taking over March 2019, guiding them to two top-five finishes, the FA Cup and the Community Shield.

Rodgers has previously managed the likes of Celtic, Watford and Liverpool, almost helping the latter to their first Premier League title in 2014.

An experienced campaigner, Rangnick is currently the Head of Sports and Development at Lokomotiv Moscow and hasn't officially managed a club since he was in charge of RB Leipzig.

The 63-year-old, also formerly of Schalke, Hoffenheim and Hannover 96, has managed over 700 matches throughout his career, winning five major honours.

After guiding Rangers to their first Scottish Premiership title in almost a decade, Gerrard has gained plenty of praise for how he has started his managerial career.

The former Liverpool midfielder has a 65% win rate from 186 games in charge and guided The Gers to the quarter-final of the Europa League last season.

The Italian is arguably the most successful manager to be linked with the Magpies, having won a whole host of major trophies during a 15-year career.

Conte won the Premier League with Chelsea in 2016/17 and the FA Cup the year after, whilst lifting the Serie A title at both Inter Milan and Juventus.

With Brighton & Hove Albion inside the top-six, there's no doubt Potter is doing a terrific job on the south coast and he's improving his side every season.

He started out at Östersund, before managing Swansea City and now the Seagulls, where he has got them playing a distinct style of football that is doing so well this term.

Since taking over in 2016, Martinez has got Belgium challenging for major honours, although they have fallen short at both the World Cup and the European Championships.

Having also managed at Swansea City, Everton and Wigan Athletic, the Spaniard has got a plethora of experience in England, guiding the latter to the FA Cup eight years ago.

Favre has been out of management since leaving Borussia Dortmund last December but did record an impressive 62% win rate at the German side.

The Swiss coach won two league titles with FC Zürich and has also been in the hotseat at Servette, Hertha BSC, Borussia Mönchengladbach and Nice.

There was plenty of negative reaction from Chelsea fans when Lampard was sacked in January after he won 44 of his 84 matches in charge, leading them to the top four in 2019/20 with a transfer embargo.

He previously managed Derby County before that, guiding the club to the Championship play-off final before taking the job at the Blues.

Highly-regarded as one of England's leading young coaches, Howe left AFC Bournemouth following their relegation to the second tier in July 2020.

But he did an excellent job in his time at the Cherries, establishing them as a Premier League club after earning promotion all the way up from League One.