The new 'Saints Row' sticks to the script, for better and worse

In many ways, Saints Row is a franchise drowning in the dust of a previous era — but that isn't anything new for the series, is it?

The teaser trailer that premiered almost a year ago garnered a harsh reception from fans who decried its cartoony visuals and Tumblrized dialogue as a strange new direction. Those fans need not panic, however; after watching an hour-long developer presentation, I can say that this reboot looks a lot like the Saints Row of old. In fact, it might hew a little too close to the ancestral tree for my taste.

Who are the Saints?

Let's set the table a bit here. From my perspective, it's difficult to imagine the blueprint that a good next-gen Saints Row would follow. The crime sandbox genre that the series nominally belongs to is all but dead at this point (beyond the juggernaut known as GTA Online).

In the near-decade since the release of Saints Row 4, former competitors like Watch Dogs have faded away, and the entire open-world genre has been remolded in the image of two completely different paradigms: The Witcher 3 and The Legend of Zelda: Breath of the Wild. How can Saints Row evolve to stand out in this current climate?

Based on the presentation, developer Volition's answer to that question is a casual shrug. From the footage I saw, the new Saints Row is an unapologetic affirmation of the classic series roadmap, albeit with new bells and whistles attached. And, to be honest, it looks pretty fun.

The key advantage that Saints Row has over other open-world games is the depth of customization, and this reboot will bring that in spades. Not only can you change every aspect of your main character's appearance, you can tinker with their wardrobe, their armory, their wheels, and their hideout. Best of all, you can change many of these things on the fly in the open-world via your smartphone, which might break your immersion, but I think the convenience is worth that price.

The basic premise of the game is a relatable one: Sick of breaking their backs at traditional work for cents on the dollar, four roommates decide to start their own gang to take over the fictional southwestern city of Santo Ileso. Throughout the reboot, you'll battle three rival gangs — the car-loving Los Panteros, the Blackwater-esque Marshall Defense Industries, and the bizarre EDM-obsessed "Idols" — for control of the city's nine districts, as well as indulging in side hustles to fatten your bank account.

Based on the presentation, developer Volition's answer to that question is a casual shrug.

Throughout the presentation, there was a lot of talk about the need for the series to rediscover its roots. I think even hardcore Saints fans can agree that the superhero antics of Saints Row IV were so bombastic and extravagant that they left no room for the next game to go, and the developers seem to agree. Creative director, Brian Traficante, cited the new game's tone as somewhere between Saints Row 2 and Saints Row: The Third. Considering that SR2 had a mission where you used a septic truck to spray rival gangs with literal shit, that's still not very grounded.

As a whole, I'm somewhat skeptical that this new Saints can balance the series' excesses. We saw footage of a very early mission — the embryonic Saints robbing a local payday loan vulture as their first job — and the player character blasts the bad guys with multiple automatic weapons and grenades. It's possible that this might not be the case in the final game (my question as such went unanswered), but if you're that strapped in the first thirty minutes of the game, what exactly am I going to get at hour 20 that'll keep me interested?

Same as the old boss

However, if the new Saints Row game is a little too ridiculous for my taste, that's not the end of the world — honestly, it should be expected. What I'm actually concerned about is the reboot's lack of identity. While the dildo-bat stylings of the late '00s have been rightly dead and buried, there's something about this new game that comes off as generic and designed-by-committee, almost like a forgettable Marvel movie. (Chief creative officer Jim Boone cited Fast and Furious spinoff Hobbs & Shaw as an inspiration for the game, and frankly, that sounds about right to me.)

The writing in the series has never been legitimately good, but this new game's dialogue is toothless and Whedon-esque in the worst possible way, at least from what we've been shown. At one point during the presentation, a writer on the game noted that the reboot will not be as dark as Saints Row 2, remarking that if one of the main character's friends gets hurt, you can take them to the hospital, not shoot them in the head. This appears to be a not-so-veiled reference to the grim death scene of Carlos in SR2, where "the boss" ends his friend's suffering with a mercy bullet.

Obviously, developers are entitled to their opinions, but this struck me as a strange comment. I wouldn't call myself a Saints Row fan, but that death scene is one of the few moments in the entire franchise that actually made me feel something besides muted pleasure. From my perspective, I think the developers should lean more into the dark themes inherent to crime sandbox games instead of trying to Disney-ify a genre that's primarily about stealing cars and murdering people. But then again, I wouldn't try to make Hobbs & Shaw: The Video Game, so I don't think they need my advice on this one.

On a raw mechanical level, it's fair to say that Saints Row looks competent, but not particularly impressive. (To reiterate, I haven't played it for myself yet, so I'm withholding full judgment for now.) The gunplay resembles the less-than-satisfying turkey shoots of previous entries, though the addition of four new equippable skills might bring some life to the proceedings. It's clear that the devs have put a lot of work into the vehicles and driving physics — cars were basically useless in the latter Saints Row games — though it's hard to know how they feel without trying it for myself.

Overall, however, I'm pleased to say that I walked away from the presentation with a much higher opinion of this reboot than I expected. (This is definitely due in part to my own low expectations, but it's a win nevertheless.) The missions that the developers showcased simply looked fun to play, with helicopter chases, chaotic gunfights, differentiated enemy types, and even Sleeping Dogs-style car shunting. Even if the new Saints Row game isn't great, there's still a massive hole in my heart where the old-school GTAs used to be, and I desperately want to play a game that fits there, if only for a weekend or two. 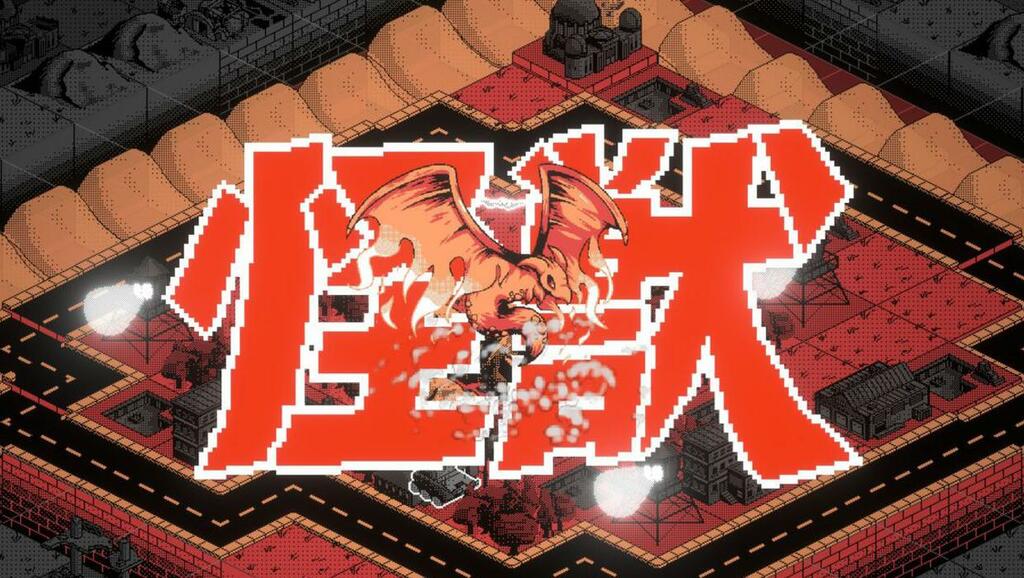 Kaiju Wars review: Monster mirth
Godzilla was a metaphor. You probably imagine him just as an enormous green lizard emerging from the depths of an…

Irish Independent
One subscription that gives you access to news from hundreds of sites
'MultiVersus' hands-on preview: The first Smash clone to challenge the throne

With team-based fundamentals and a generally strong foundation, 'MultiVersus' shows early promise to stand against its rivals in the genre.