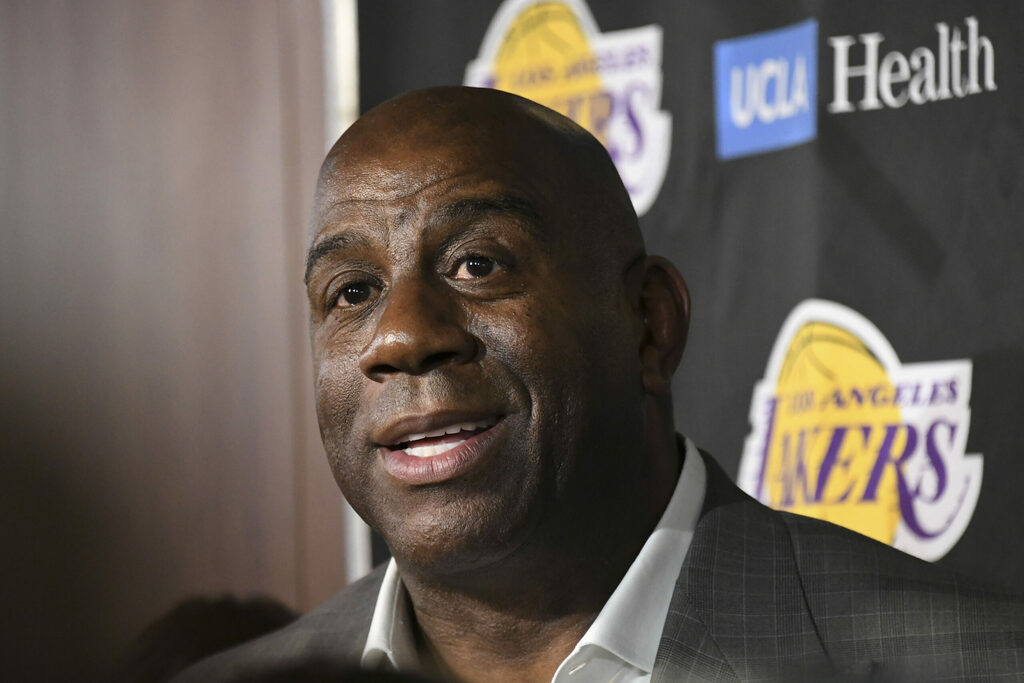 Two fo the new awards have been named for Celtics legends.

The Hick From French Lick HAD to take a shot at Magic Johnson here.

Chicago Sun-Times
One subscription that gives you access to news from hundreds of sites
‘What else can I do?’: Joel Embiid swerves MVP snub but remains a Philly hero

The NBA has new Conference Finals MVP trophies and, no, that’s not a weird thing

The NBA unveiled new looks at six new playoff trophies the league will be dishing out this year through the NBA Conference Finals and Finals.

Along with that, they’ve also added two new trophies to the mix — the Larry Bird and Magic Johnson Conference Finals MVP trophies.

Yes, you read that right. There are Conference Finals MVP trophies now.

Before we get into that, here’s a look at the new mix of trophies the league has now. They look pretty sleek.

The NBA today unveiled a lineup of reimagined trophies for the NBA postseason, including an evolution of the Larry O’Brien Trophy, awarded annually to the NBA champions.

Now, I know what you’re thinking: “Wait a minute. This is weird. Is this a ploy to finally get Steph Curry some sort of Finals MVP trophy.” But no! That’s not it at all. This is a serious thing that Curry — and everyone else! — will have a shot at winning.

And it’s honestly not that weird, either. Let’s discuss it real quick.

Two fo the new awards have been named for Celtics legends.

The Hick From French Lick HAD to take a shot at Magic Johnson here.

Chicago Sun-Times
One subscription that gives you access to news from hundreds of sites
‘What else can I do?’: Joel Embiid swerves MVP snub but remains a Philly hero