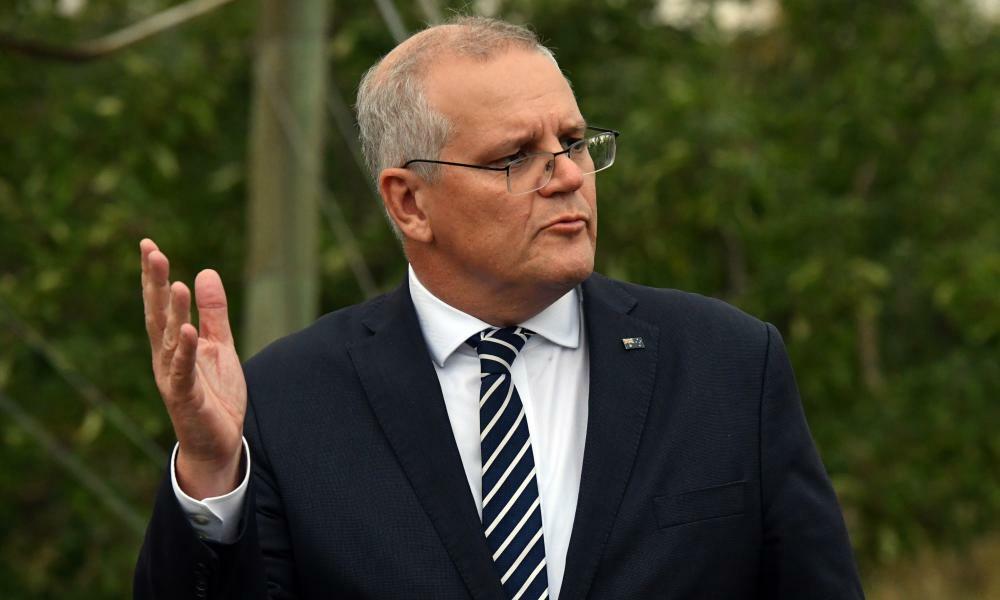 Daily Mirror
Albanese claims victory over Morrison – as it happened

The Guardian - AU
Ruston dismisses suggestion Liberal party has ‘lost its way’; Hunter candidates square off – as it happened

The Guardian - AU
One subscription that gives you access to news from hundreds of sites
Stanley Tucci: ‘Searching For Italy’ Fun New Season Starts May 1 On CNN

Get set for a gorgeous, gastronomic romp. Here are the newest details about this feel-good travel show.

Forbes
Celebrities you might not know have links to Wirral

Five digital games to help your child’s development
Recent research has linked playing video games in childhood with an increase in intelligence. While parents and carers may be…

The Conversation
Read news from The Economist, FT, Bloomberg and more, with one subscription
Learn More
When it comes to Dave Chappelle and his attacker, there are no winners

“We're here, we’re Queer, and we’re enjoying the outdoors,” said Pattie, who will lead outdoor activies designed to build and…

Input
In 1976, one technical innovation changed video games forever — and sparked a crisis

In this edition of Inverse Daily, read the hidden history of the video game cartridge, about dolphins' skincare routine, and…

The New Daily
From analysis to good news, read the world’s best news in one place
QAnon cultists and antivaxxers already crammed monkeypox into conspiracies

It's all part of the plan. Obviously.

The mystery of the buried owl: the 30-year treasure hunt baffling French puzzlers

At 3.30am on the night of 23 April 1993, at a secret location somewhere in France, a man struggled in pitch-blackness to dig a hole in which to bury something stowed in his car boot. “I hadn’t even finished, and my hands were bloody,” he later told Libération. “When it was done, I went far away, to get breakfast. I looked at myself in the mirror at the cafe. I was barely recognisable, dishevelled, covered in earth.”

The man, who became known to thousands of French people as Max Valentin, had hidden a small bronze owl sculpture, instigating what would become one of the world’s longest treasure hunts. The site’s location could be divined by solving 11 riddles – a combination of fiendish linguistic games, cartographical ciphers, historical allusions and mathematical brainteasers – published in a book, On the Trail of the Golden Owl, that sent amateur treasure hunters poring over maps and scouring obscure villages with metal detectors. Whoever unearthed the owl would win an identical sculpture, made of gold, silver, rubies and diamonds, and worth 1m francs (about €150,000, or £126,000, in today’s money). But, with a puzzle-setter’s precision, Valentin died exactly 16 years later, on the night of 23 April 2009, with the owl still undiscovered. It’s still out there now.

“I’m really interested in obsession, and the different ways it manifests itself in people’s lives,” says the British photographer Emily Graham, whose new book The Blindest Man follows a few of the hundreds of chouetteurs (owl-hunters) still on the trail. Its title references one of the clues in the hunt, a riff on the proverb “There’s none so blind as those who will not see”. She quickly became absorbed by the details of the golden owl story – especially the absurd tenacity of those involved. “Treasure hunts were a playful way for me to explore those human characteristics. There’s almost something childlike about the ways people allow themselves to be lost in pursuit, which I found alluring. There’s a sense of wonder that often gets excluded from adult life.”

Anyone who got caught up in 2016’s Pokémon Go mania would understand – but it seems doubtful that game will still be running in 30 years’ time. There is an association, A2CO, bringing the chouetteurs together on internet forums to scrutinise the 11 puzzles; the first reveals their running order according to colour wavelengths, and the subsequent ones should gradually pinpoint a dig site somewhere in France. “My First, first half of half of the first age / Precedes my Second and Third, seeking their path … ” starts the octet of the first true riddle; it’s accompanied by an illustration of a cockerel with a halo of the map of France – hinting at its geographical significance. Since 2003, some of A2CO’s 165 members have met once a year at an annual convention. After so much time, the hunters have become factionalised – for one, there are “Daboists” who believe the locality is the north-eastern village of Dabo, and “anti-Daboists”.

Graham’s book captures this problem-solving free-for-all, with its photographs of mysterious flotsam on the road suddenly imbued with meaning, and chouetteurs apparently gripped by revelations. For her, this work of searching and interpretation, and the byways of fantasy and disorientation they can lead down, was analogous to her trade. “There was a rich imaginative world connected to the searchers,” she says. While the clues were seemingly based on logic, the players’ searches often led them into the realm of fiction and fantasy, gripped by erroneous solutions. “In the documentary field, the photographer is often portrayed as hunter and recorder of truths. But many critics counter this by examining photography’s partiality. I wanted to draw a parallel between the treasure hunter and the photographer as a way of reflecting on photography’s own slippery relationship to truth.”

Valentin enjoyed stoking the search in playful exchanges with treasure hunters on Minitel, a pioneering pre-internet French telecoms system. He sent 6,000 messages, full of tantalising hints and red herrings, in the first three months alone. Valentin’s real name was Régis Hauser; the one-time marketing consultant created On the Trail of the Golden Owl in collaboration with artist Michel Becker, who designed the sculpture. It was the latest in a trend of armchair treasure hunts kicked off by Kit Williams’s 1979 book Masquerade, which set British readers sleuthing for a golden hare; perhaps Hauser was also influenced by the quasi-roleplay setups of TV gameshows such as Fort Boyard and its UK counterpart The Crystal Maze. As the years accrued, Valentin’s collected pronouncements (called madits, or “he-told-mes” in chouetteur parlance) were given hadith-like weight by the community, and the gamemaster gained mythic status.

Since 2014, Graham has photographed 10 chouetteurs and accompanied two on their quests. “The thing I found fascinating was that so many of them felt they were always on the verge of finding the owl,” she says. Cédric Delepaut, a 50-year-old organiser of nature discovery walks around Aveyron, would agree. He was part of the original wave of 1990s players, but stopped in 1998 for 10 years. Then a chance conversation about treasure hunts got him fired up again, and he decided his original theory had been flawed. “When I reopened the book, I hit on a lead no one else had, and knew I had to continue,” he says. “It occupies your mind day and night. You don’t sleep when you find something new. It’s like a drug!”

But the hunt has led some to places of disillusionment, and worse. A few searchers began to doubt that the byzantine riddles had any definitive solution. One believed the prize was booby-trapped, and that Valentin was trying to kill him. Generally, the late gamemaster is revered, but Becker is a more contentious figure for some chouetteurs – especially after he tried auctioning the original gold sculpture in 2014, saying the game was null and void following Valentin’s death (the sale was eventually cancelled).

Yvon Crolet, a 78-year-old retired engineer from Paris, spent 20 years chasing the owl – but now alleges the hunt was a “fraud” from the start, and that nothing was originally buried on the spot with the metaphorical X. He does believe the riddles specified a location, and that he found it: on a mountainside in the commune of Lus-la-Croix-Haute in Drôme. But he came back from his dig empty-handed. On the treasure hunt’s 25th anniversary in 2018, he filed a legal complaint against Valentin’s inheritors and Becker to try to force them to reveal the solution (the complaint is still being considered).

A former court researcher, Crolet has been conducting his own independent investigation for eight years. “I’m trying to understand how hundreds of thousands of people were taken advantage of to this degree,” he says. Becker says Crolet is frustrated by his fruitless searches, but won’t respond to specific accusations while the legal case is active. He says he put the owl up for sale during a period when he was “fed up” with the game, but has since fallen in love once more with it: “I’m fascinated by the human side – the community of players is extraordinary.” As part of an effort to keep interest in the game running, he recently exhumed the now heavily corroded bronze owl and replaced it with a substitute.

Despite his claims, Crolet concedes that Valentin’s original divertissement had a certain genius. “I took as much pleasure from the hunt for the owl as from the enigmas the justice system offered me,” he says. And the journey, not the ultimate destination, is where Graham sees the real beauty. She cites another chouetteur, quoted at length in the book, whose motives aspire to a higher plane: “It’s a whole way of seeing for her – a kind of spiritual pursuit. It’s about looking and appreciating the world, and seeing signs around you. It’s quite beautiful the way that she talks about it.”

• This article was amended on 13 May 2022 to correct the spelling of Yvon Crolet’s surname.

• The Blindest Man is published by Void in June.

Daily Mirror
Albanese claims victory over Morrison – as it happened

The Guardian - AU
Ruston dismisses suggestion Liberal party has ‘lost its way’; Hunter candidates square off – as it happened

The Guardian - AU
One subscription that gives you access to news from hundreds of sites
Stanley Tucci: ‘Searching For Italy’ Fun New Season Starts May 1 On CNN

Get set for a gorgeous, gastronomic romp. Here are the newest details about this feel-good travel show.

Forbes
Celebrities you might not know have links to Wirral