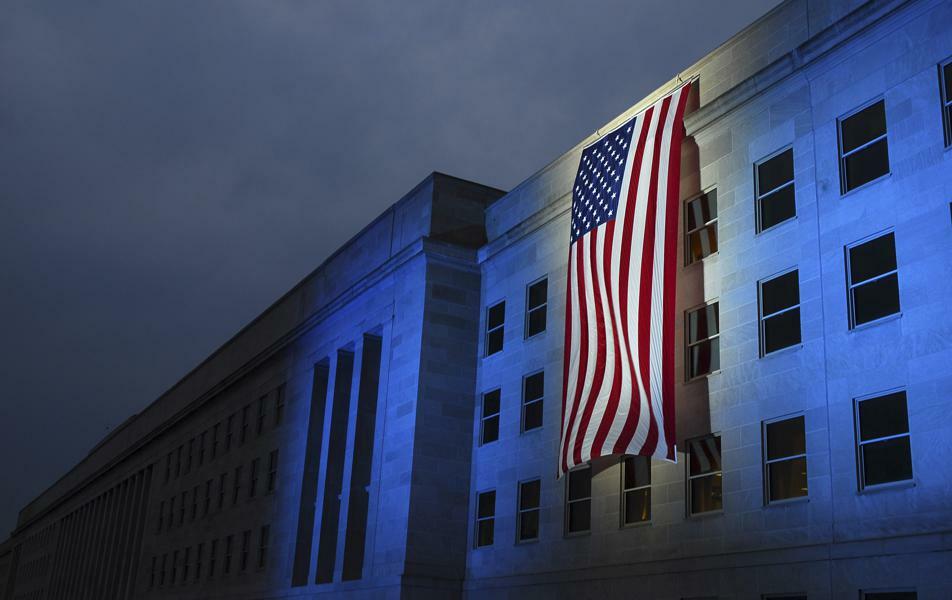 I drove to work as US Airway’s senior vice president of marketing on the morning of 9/11, still bothered by the fact that the New York Giants had lost to the Denver Broncos on Monday Night Football the evening before. It was a nice morning and driving down the GW Parkway was one of the nicest commutes I’ve had in my career, with sites of the Potomac River, and many of D.C.’s notable monuments in view. Like everyday in this role, there were a lot of meetings scheduled and more to do than time to do it.

Nothing seemed unusual. But we all know what happened that morning, and on its 20th anniversary there have been many stories and remembrances, and lots of thinking about how that morning changed so many things in the world. Here is how things unfolded from my office at the airline’s headquarters.

‘It Must Be Osama Bin Laden’

US Airways was based in a nondescript high-rise building in Crystal City, Virginia, and occupied several floors. I worked on the fourth floor in the center. Our head of pricing, Stephen Usery, had his office at the far end of the hall. Stephen had a television in his office which he generally kept on business news. Within minutes of the first plane hitting the World Trade Center, we were aware of what happened and watched the video shown on the television. The initial report was that a “small plane” had hit the north tower.

Just after 9am, when the second plane hit the south tower, two things were clear: it was not a small plane, it was a commercial jet, and this was an attack, not an accident. At this point, Stephen looked looked at me and said, “it must be Osama Bin Laden.” It surprised me that he seemed so certain, but then we talked about the earlier failed attempt to down the towers with truck bombs in 1993. By this point, most of our colleagues who worked on the floor were discussing the events. I called a group together to see what we could or should do in response, as my team was responsible for the company’s website and we felt that’s where most customers would go for answers. No US Airways plane was used in the attacks, so we did not have direct customer issues related to the attack at that time.

The third plane crashed into the Pentagon about 30 minutes later, only about a mile from our building. After three attacks, it seemed clear that this was aimed at big image targets and one person wondered out loud if the Pentagon bombing was a backup for a plan to hit a more emotional target like the Capitol or the White House. At this point, I called my wife, who was the principal of an elementary school in Alexandria, Virginia. I got hold of her and asked if she knew what happening, and she told me that her school was being put into a lockdown. This meant no one could leave or enter, but at that point most of the school was unaware of the outside events.

As I walked out of my office, another colleague came to to me, visibly shaken, saying that she had come to the office late because of an early morning dentist appointment and saw the plane hit the Pentagon on her drive in. She was listening to her radio so knew what had just happened in New York. Then, we got word from our System Operations Center that the airspace in the U.S. was being shut down for commercial traffic and that all aircraft on the air were ordered to land at the closest airport. For an airline, this was shocking news but certainly seemed appropriate since it was not clear how many more planes would be used as bombs. We also knew that we would have many customer issues to deal with as the the rest of the day’s flights were cancelled and many people would be landing at spots other than their chosen destination.

When the fourth plane crashed in Pennsylvania, it was confusing. Only later would we hear about the heroes on that flight who wouldn't allow their hijackers to reach their intended target. This crash created a new concern, though, as it was unclear if there were more planes that had been commandeered. This “is it over?” feeling lasted for hours until the media seemed confident that planes had landed and there were no more known instances of hijackings.

The day’s schedule was obviously thrown out by then, and the rest of the day was a series of meetings dealing with customer issues, aircraft issues, and crew issues. While no US Airways planes were used in the attacks, we had flights returning from Europe that were forced to land in Canada and this gave our teams a lot to consider.

The Next Few Months

U.S. airspace reopened to commercial traffic on September 13 for planes to get positioned back to where they should be. The flight scheduling, marketing, and operations teams worked to rebuild the schedule against a dramatically reduced number of bookings. The next few weeks were a whirlwind of activity, trying to understand what these events meant for the company, the industry, and the practical issues of employee and customer care. But Reagan National Airport, DCA, did not re-open and as this was one of US Airway’s most important operating bases, this was a big concern. Shuttle flights to NY and Boston were moved to Washington’s Dulles airport with DCA closed.

The attacks temporarily closed the capital markets to airlines, as lenders felt the industry was far too risky. In response, the U.S. Treasury created the Air Transportation Stabilization Board (ATSB) to provide credit to airlines. Airlines had to apply, and some were approved and others denied. US Airways received the largest loan, in part because of unique ways in which the attacks affected the carrier, including the long closure of DCA and the high dependence on short flights in and around the northeast.

On November 12, an American flight from New York’s JFK airport crashed. The immediate thoughts about this was, “Oh no, is this another attack?” It is uncomfortable to say that there a was huge relief when it was determined this was unrelated to the previous attacks. On November 28, US Airways CEO Rakesh Gangwal unexpectedly resigned. Stephen Wolf, the Chairman of the company and one-time United Airlines CEO, took over daily running of the company while a search began for a new CEO. This leadership change added even more uncertainty to a company that just months earlier was planning to merge with United Airlines. DCA finally reopened in late October, but the company had been planning what to do in the event that the airport was permanently closed.

US Airways planes were not used in the 9/11 attacks but these attacks disproportionally affected the airline. Stephen Usery, our pricing head who had quickly and correctly guessed the source of the attacks, used his cynical wit to say that the company’s once proud aspiration to become a “world class global airline” should be now changed to “half-assed regional feeder.” This was unfortunately close to true.

The ATSB loan helped to keep the company alive but US Airways still became the first airline to enter bankruptcy protection following the attacks. Eventually most airlines, with the notable exception of Southwest, used bankruptcy to restructure, change their fleets, and reject defined benefit pension plans for retired employees. These restructurings then led to a chain of mergers, in which eight large U.S. airlines became four huge airlines. These consolidations closed or significantly downsized multiple hubs in the U.S., raised fares for consumers, and created an environment that allowed ultra-low fare carriers like Spirit, which I served as CEO of from 2005-16, to flourish.

One thing that struck me, even on the day of the attacks, was the very light passenger loads on the airplanes. The attacks were on a Tuesday, which is the day of week with the fewest travelers. It is chilling to think that the planners of the attack actually considered this fact, as fewer passengers would mean less resistance to their take-overs. It also shows the calculated, callous, and unadulterated evil that propagated these attacks.