Scott Morrison has joked the local Devonport football team could use him as a "bulldozer" for their new grandstand after knocking over a child during a mock match.

The prime minister lost his footing and caught an under eights' player on his way down.

Addressing the club's parents and kids, Mr Morrison took the incident in his stride.

"I look forward to coming back on another occasion. I think that when that grandstand comes down, I hear it might need a bit of a bulldozer to knock it down, so I might be able to help with that," he told the room.

Mr Morrison attended the club after local Braddon MP Gavin Pearce announced upgrades to the ground's facilities if the coalition government is re-elected. 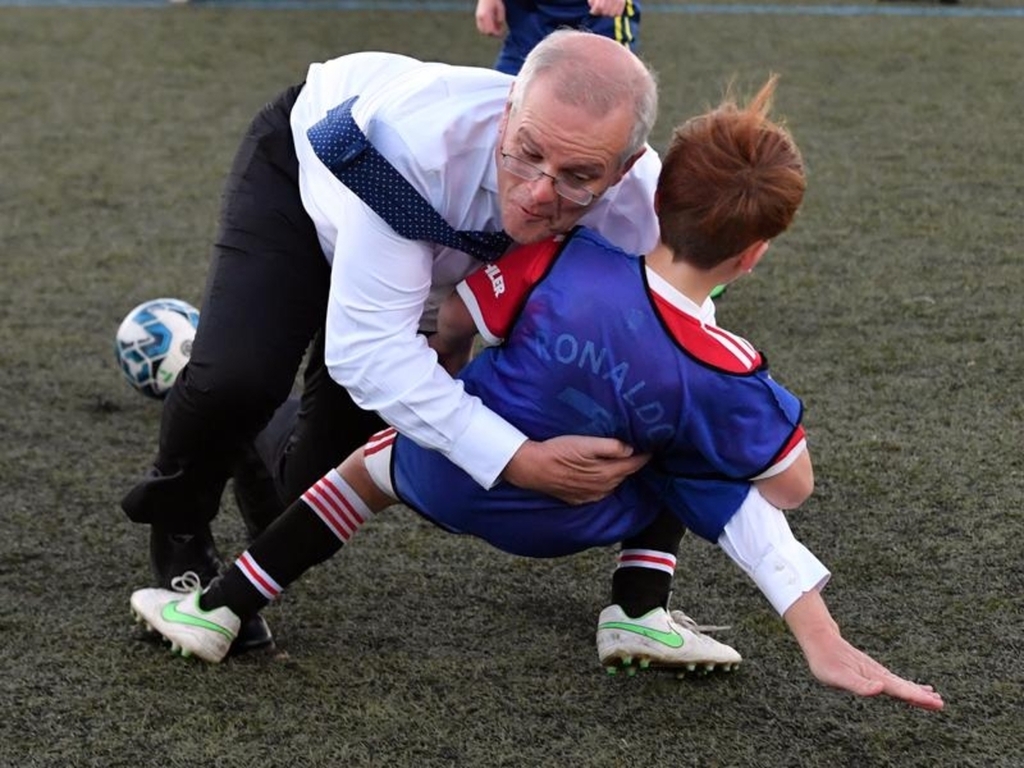 Morrison bowls over child playing soccer
Prime Minister Scott Morrison has crashed into a young player during a game at Devonport Football Club in Tasmania.

ABC News
‘Please tell me he hasn’t gone to hospital’: Morrison the bulldozer knocks over a child while playing football