The moment a car goes up in flames on Swansea road 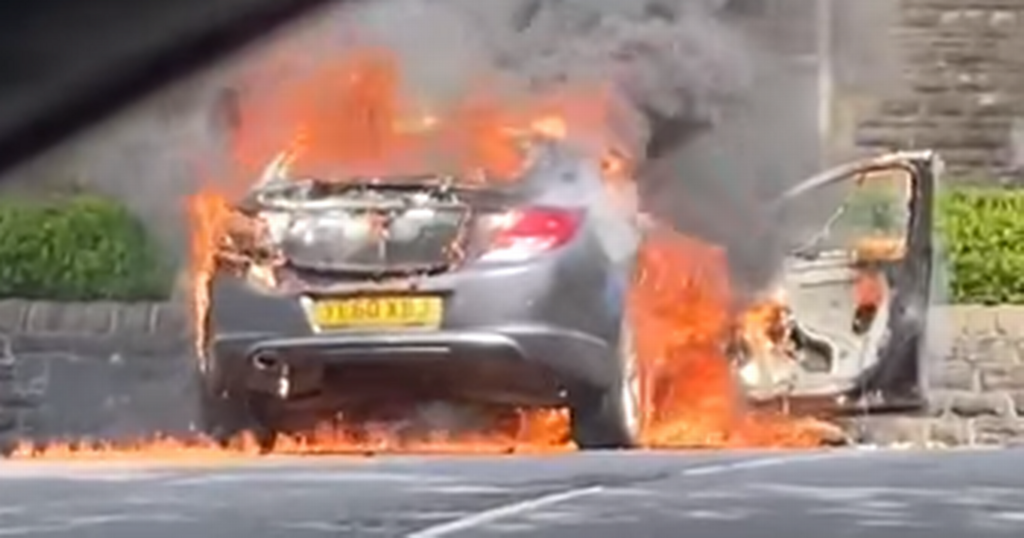 Traffic was temporarily diverted after a car went up in flames on a Swansea Road.

Emergency services were called to the incident on Ffordd y Mynydd in Birchgrove on Saturday afternoon, in which a car was totally destroyed.

Fellow motorist Tracy Gilbert, who witnessed the blaze, said: "It was very scary.

"I’m so glad the person got out in time as it could have been a lot worse. You could hear the bangs from afar".

Mid and West Wales Fire and Rescue Service sent crews from Morriston and Pontardawe to attend the incident, shortly before 1pm.

A South Wales Police spokesman said: "We were called at 1.17pm on the September 4 by Mid and West Wales Fire and Rescue Service following reports of a car on fire at Ffordd Y Mynydd, Birchgrove.

"Officers were asked to attend to assist with traffic management".

Get stories like this straight to your inbox with our Swansea newsletter.