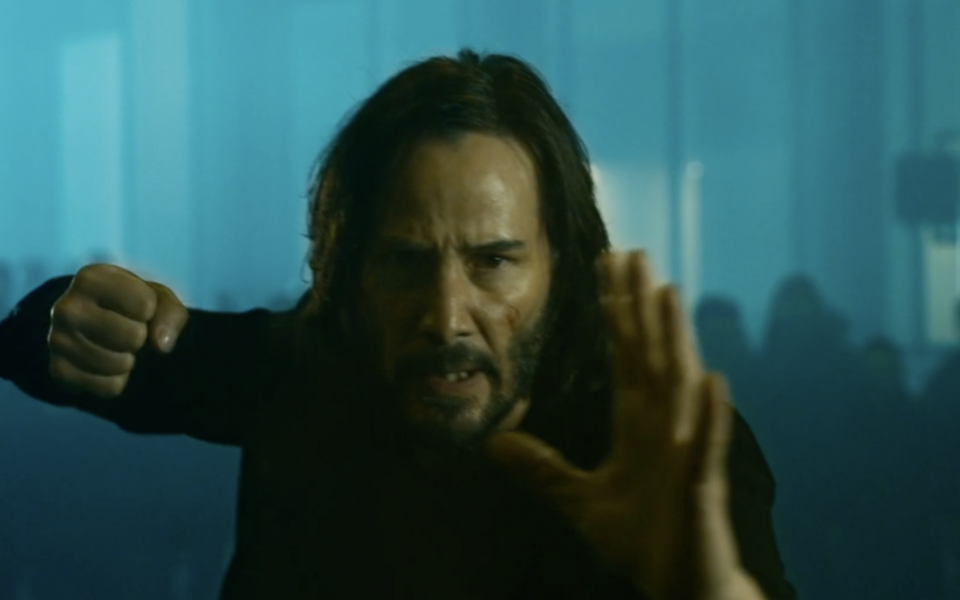 Fans of the cult classic The Matrix films just got their first glimpse at the new movie coming to theatres in December.

Two trailers were released on Wednesday on an official The Matrix Resurrections website offering fans the option of picking the blue pill or the red pill for themselves, teasing two different shorts depending on which path they choose.

In the 1999 blockbuster, Laurence Fishburne’s Morpheus offers Keanu Reeves’ Neo a choice – take the blue pill and return to a normal life or take the red pill and join the rebellion.

But Matrix fans now get a glimpse of both worlds, in typically unconventional fashion, as both trailers change depending on when you watch them.

If you choose the red pill, as Neo famously does, fans see the franchise’s signature green scrolling code intercut with new scenes from the upcoming film.

It is narrated by Yahya Abdul-Mateen II, who explains “this is the moment for you to show us what is real”.

The trailer opens up to multiple new faces in the franchise, fight scenes and “glitches” in the matrix, with Abdul-Mateen seen in the bathroom poking his finger through what was a mirror.

“Could be, this is the first day of the rest of your life, but if you want it you’ve gotta fight for it,” he says.

The teaser ends with Abdul-Mateen’s character assimilating into the matrix and the protagonist Neo, who stands frazzled and ready to fight.

But if you choose the blue pill, another new voice to the Matrix franchise gives narration, with Neil Patrick Harris explaining the reason you’re here.

Opening with the iconic green code, Harris explains how you’ve lost your capacity to discern reality from fiction.

With much darker tones, Harris says it becomes a problem when fantasies endanger us.

Harris reads the time you click the trailer, saying what’s real is here and now. Images in the trailer also change when you watch the teaser.

“Anything else is just your mind playing tricks on you,” Harris says.

The teaser cuts between a few more scenes from the upcoming movie, including Neo struggling to come to terms with his reality, and fighting in a dojo reminiscent of scenes from the first Matrix film.

It ends showing Neo taking the alternative option, with Harris closing the trailer with a harrowing line: “We don’t want anyone to get hurt, do we?”

The blue pill gives a much bleaker view of The Matrix world, as is suggested in the films.

The full trailer for The Matrix Resurrections is set to be released on Thursday.