The day before the Matildas' first-ever friendly match against Spain, head coach Tony Gustavsson appeared to have as many questions as the rest of Australia did about what could happen in these unprecedented 90 minutes.

"How many boxes can we tick?" he asked.

"How quickly can these [new] players adjust to the tempo?"

"Can we still control the game without the ball?"

"Who could play the number nine role [without Sam Kerr]?"

This was uncharted territory, after all: the Matildas had never played Spain before, and they were doing it without almost their entire regular starting XI. Six of the players called into this Huelva camp were uncapped, while nine more had 10 appearances or fewer at this level. Nine of them currently play in the state-based National Premier Leagues.

Their opponents, meanwhile, are in a completely different place. Spain is 10 days away from kicking off a European Championship campaign that they are one of the favoured nations to win.

Their squad is made up almost entirely of full-time professionals playing for the likes of Barcelona – who has just come off competing in its second consecutive Champions League final – and Real Madrid. Not to mention they're also spear-headed by reigning Ballon D'Or winner, Alexia Putellas.

It was perhaps not unexpected, then, for Gustavsson to be as intrigued as anyone about how this unusual game would unfold.

Indeed, the jarring feeling of seeing fringe players like Larissa Crummer, Courtney Nevin, and Charlotte Grant in the starting line-up was only heightened by the awkward selection of a Christmas-themed Australian anthem that jingled through the Nuevo Colombino stadium speakers.

For all the uncertainty in the days leading up to this game, though, there was one thing that was almost guaranteed: Australia would not be seeing much of the ball. And so it came to pass; within minutes, Spain had settled into their passing rhythms while the Matildas gathered into two tight defensive banks, oftentimes with five at the back.

It may not have been the dynamic, athletic, or attack-minded style we have come to know them for, but as the first half wore on and Spain struggled to break down the green-and-gold wall in front of them, whether the Matildas were playing attractive football mattered less than whether they were playing effective football in the circumstances.

And for 43 minutes, they did. This ragtag bunch of Australians held one of the world's best teams at bay.

There were several answers to be found in the questions asked by this opening half: an improvised back-line marshalled so well by veteran defender Clare Polkinghorne that the Spaniards were forced into speculative long passes, pressured out into uncomfortable wide channels, and called offside several times.

A six-yard box dominated by the fearless young goalkeeper Teagan Micah, whose distribution and positioning had noticeably improved. A stand-out performance by young right-back Grant, who has perhaps the biggest shoes to fill in the long-term absence of Ellie Carpenter.

And another feather in the cap of the returned midfielder Katrina Gorry, who matched her opponents for technique, balance, vision, and anticipation (and even struck the crossbar herself) in her strongest case yet for 2023 selection.

All in all, Australia forced Spain – this tiki-taka team seen by many as the country's current 'golden generation' – to work for it.

But after the break, at only 1-0 down, answers morphed back into questions.

The removal of Emily Van Egmond from midfield did not appear to be accounted for tactically, with the veteran replaced by debutant left-back Jamilla Rankin, leaving more space through the middle for Spain to dominate – something not helped by the shift from a 5-4-1 to a 4-3-3.

None of the interchanging centre-forward options of Emily Gielnik, Larissa Crummer, or the late appearance of Remy Siemsen provided much confidence as to who could adequately deputise for Sam Kerr either as a hold-up or transitional striker, while the substitution of an injured Micah for the less-assured Mackenzie Arnold created a new and uncertain defensive dynamic.

Thirteen minutes later, Australia had conceded three goals; granted, their opponents had rallied, but the Matildas looked suddenly scattered and disorganised, particularly when adjusting to Spanish breaks in behind their wider defenders.

They had even more difficulty controlling the ball out of possession, which became even harder after the substitution of Gorry, and rarely strung more than three passes together before being overwhelmed by Spain's high press.

Arnold's positioning and hesitation in the six-yard box was also clear, with three of Spain's six goals in the second half coming in areas you'd expect a goalkeeper to command.

By full-time, with the score at 7-0, the game's statistics were more reflective of the game many anticipated.

Spain totalled 23 shots to Australia's 4, including 10 on target versus 0. They had the ball 76 per cent of the time – one of the highest the Matildas has ever faced – and created almost three times as many passes at an accuracy level of 89 per cent to Australia's 66.

Despite that, though, Gustavsson said he did find some answers to the questions he'd asked a day earlier.

"In the first period, we got answers that, considering the experience we had on the park in the first 45, to commit to a game-plan like that against Spain – one of the world's best teams [preparing] for the Euros, while we're in a completely different situation right now – I'm actually really happy and proud about the girls' commitment," he said.

"When you play Spain, sometimes you're forced to defend in a very, very different way than we are used to. I think it was a good mixture of high-pressing sequences and top pressing, and then the low-block patient defending.

"Then I think there was good variation between playing the long-ball and transition game, but then also at times being more brave on the ball."

But the clearest answer of all, he said, was highlighted by the second half – and it's an answer that the rest of Australia should be paying attention to.

"In the second period, we wanted to do different things: we wanted to rotate players, look at players. And I want to be very clear now: this is not about blaming an individual player for this loss.

"I am ready to take that as a coach because I said from day one: we need answers. And we need investments in our programs. This was a very, very clear half [showing] where we need to make investments and players need to get in environments where they can thrive and be ready for international football.

"I think we need these answers, not in the short-term – and especially not for me.

Time will tell whether Wednesday's morning game against Portugal will create even more questions than answers as the World Cup creeps ever closer. 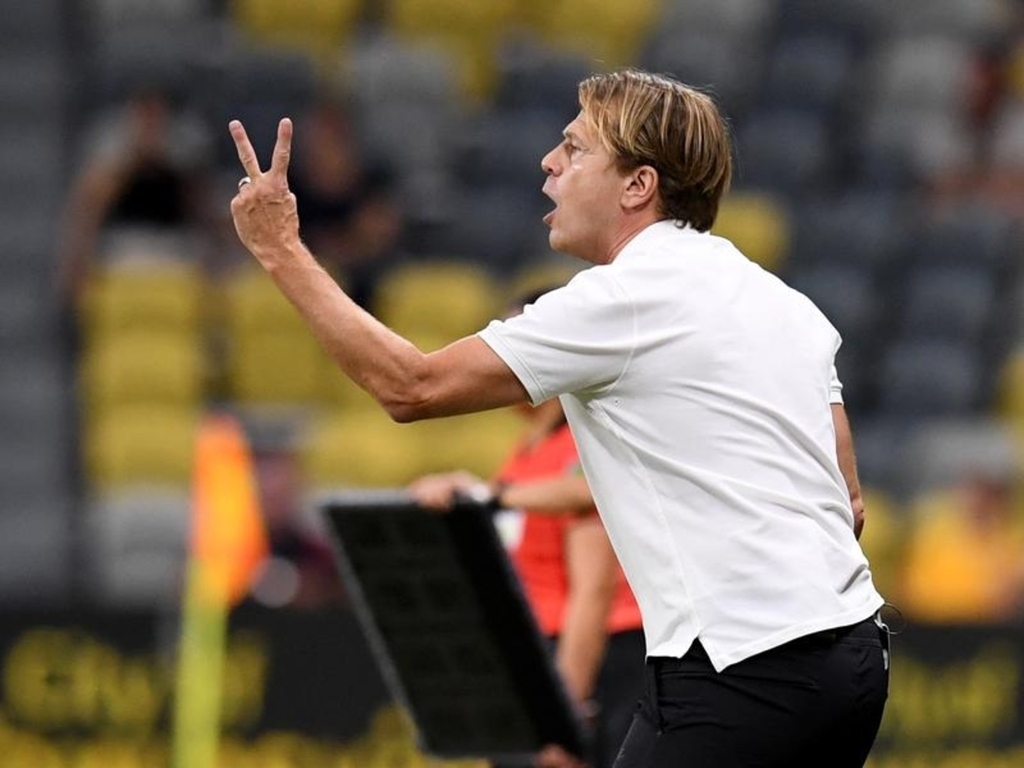 The 7-0 hammering by Spain could yet reap future benefits for Australian football, according to under-fire Matildas coach Tony Gustavsson