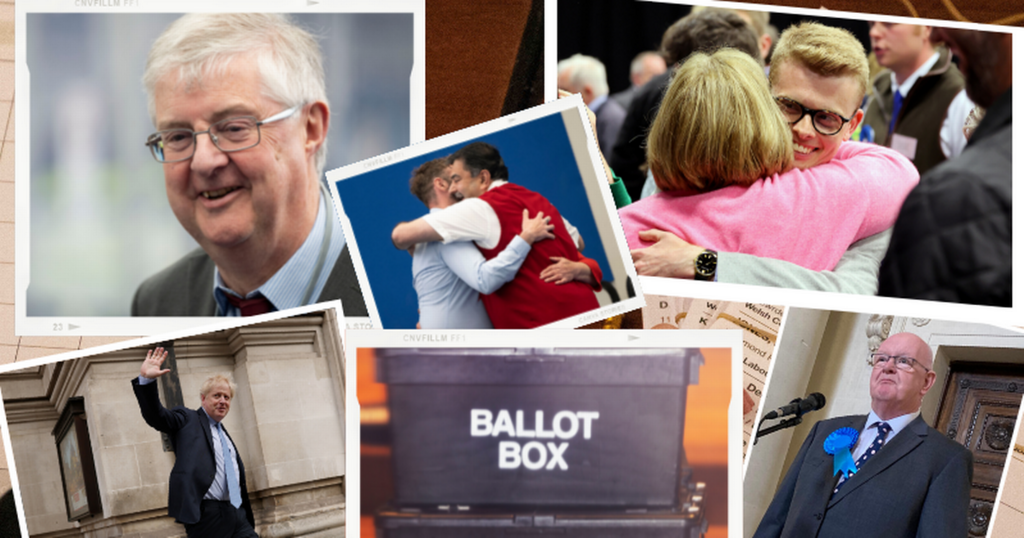 Tory turmoil, Labour celebration and the shock results of night - Martin Shipton's 2022 local election analysis
With a tiny number of exceptions where recounts will take place today, the results of Thursday’s local elections have now…

The Conservatives had a difficult day across Wales

After mass shootings like Uvalde, national gun control fails – but states often loosen gun laws
Calls for new gun legislation that previously failed to pass Congress are being raised again after the May 24, 2022,…

The Conversation
Read news from The Economist, FT, Bloomberg and more, with one subscription
Learn More
Alan Kohler: Here’s a crazy idea for the Liberal Party – sensible policies

The New Daily
National Sorry Day is a day to commemorate those taken. But 'sorry' is not enough – we need action

This article contains mentions of the Stolen Generations, and policies using outdated and potentially offensive terminology when referring to First…

Newcastle Herald
From analysis to good news, read the world’s best news in one place
Australia's social housing system is critically stressed. Many eligible applicants simply give up

The Conversation
Who is Peter Dutton? The ex-cop tipped to be the next leader of the Liberal Party

Mark Drakeford wants a General Election as soon as possible after his party celebrated good local election results in Wales. His party regained control of some councils it lost five years ago, but it also lost control of Neath Port Talbot and one of its prominent council leaders lost her seat.

The Welsh Labour leader said he was "delighted" to win the most seats in Monmouthshire. The Conservatives have been in control of that council since 2017 but had a disastrous night. You can see the results as they come in live here and see the full results together here.

The First Minister said: "It's been a very good day for Labour right across Wales but especially where we've been up against the Tories as our main opponent. I think you're seeing that right across Cardiff. Certainly the most striking case of all is in Monmouthshire where we have not only taken the council out of Tory control but Labour is now the largest party and within striking distance of forming an administration in our own right, and I think that is just a remarkable result."

He said it was a result he wasn't expecting at the beginning of polling day: "I've been in Monmouth during the campaign. Our team there felt that if they worked really hard they could push the council into no overall control but I think if you'd said to us then that we could go beyond that and make Labour the largest party and within striking distance of being able to form a Labour-only administration membership, I think we would have said no, that's a stretch too far."

There was some thought that because the Conservative leader in Monmouthshire had criticised Boris Johnson directly, his group may be cushioned from the impact of national scandals. Mr Drakeford said: "There are decent people in the Conservative Party who don't themselves believe that the behaviour of the Prime Minister lived up to the standards that should be expected as somebody who holds that office. But in the end, I'm afraid, on doorstep after doorstep I was speaking to people who wanted to cast their vote in a way that passed that message."

It wasn't solely partygate, he said. "There were two really powerful themes on the doorstep as far as the Conservatives were concerned: one was partygate and the conduct of the Prime Minister and what that says about standards in public life, but probably even more than that was the cost of living crisis. People would say to you 'This is the cabinet of millionaires'. They have no idea what it is like to come to the end of the week, and not know where you are going to find the money to put food on the table or to be able to keep your home with the lights on and the heat going. And it's that gap, that gap between people, ordinary everyday experience and the way they see UK Tory ministers are divorced from that and simply not able to have an insight into what is needed to help people through these really, really testing times."

However Labour lost its grip in Neath Port Talbot and the Labour leader Philippa Marsden in Caerphilly lost her seat. Mr Drakeford said: "Of all the things that have happened in the last 24 hours I regret most the loss of Philippa Marsden, who I thought was an outstanding woman leader of that council. She has led Labour in Caerphilly to win another election. Labour will be in control of that council, but she's done it at the expense of her own seat where she was he was up against a hyperlocal issue and that's what I think links the fact we failed to win as many seats as we would have wished to in Neath Port Talbot. The seats we lost our seats is where there are very very local issues and independent candidates who are able to focus exclusively on that issue and aren't able to say to people what they would do on the broader range of responsibilities that the council has to discharge. In some places we've lost good councillors as a result."

But he said it had been a "very successful election for Labour in Wales", adding: "If you take the Senedd elections last year and the elections of yesterday together, we are creating that platform, particularly in those seats that we lost at the General Election in 2019, to take those seats back at the next General Election, and that's what, as an election-fighting party, we will be focused on next. For me, that General Election cannot come soon enough. When it does come we've demonstrated last year and this year, we're ready to make our contribution to a majority Labour government at the UK level."

Asked whether Sir Keir Starmer being investigated again by Durham Police over allegations he breached lockdown rules by sharing a curry and beers after an event, he said: "I think people will be fair minded enough to recognise that Durham Police have investigated this incident once already and decided there was nothing further for them to do. All I can say this afternoon is that they must now be allowed to carry on with the further investigations they've said they want to undertake and then we will face the consequences of that when we know the conclusion that they come to."

He said he does not equate it to being the same as the parties in Downing Street: "I think it's a very different sort of event. It's a one-off event, not a serial set of offences which we now know were involving tens and tens of people in a staff culture at Downing Street, led by the Prime Minister."

Asked if it was once too many, Mr Drakeford said: "We don't know that's what the police will conclude in the Durham case, do we? They have looked at it once, and decided there wasn't anything for them to do, we must allow them to carry on with their further investigations before I think we come to any conclusions."

Tory turmoil, Labour celebration and the shock results of night - Martin Shipton's 2022 local election analysis
With a tiny number of exceptions where recounts will take place today, the results of Thursday’s local elections have now…

The Conservatives had a difficult day across Wales