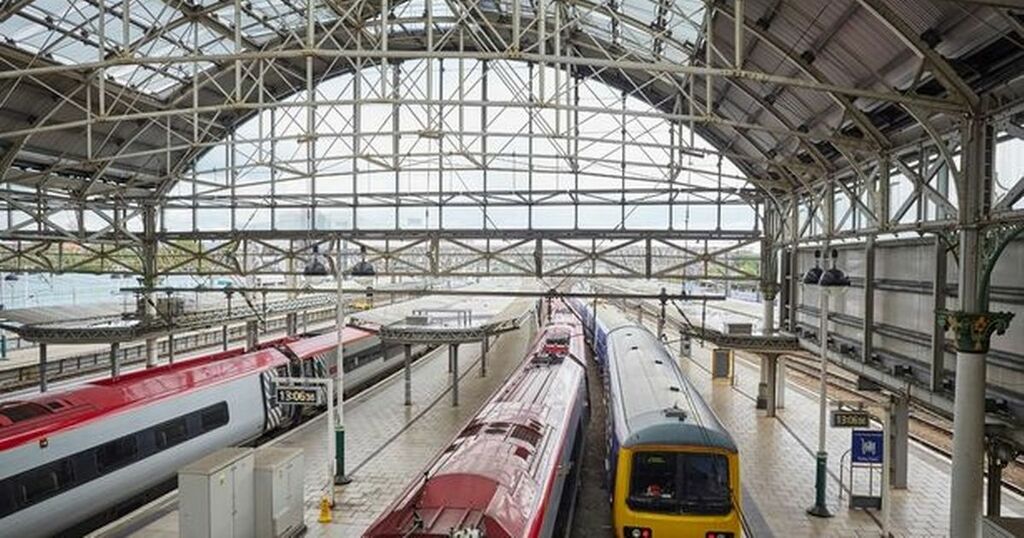 These two maps show the difference between the rail plan northern cities were promised and what we've ended up with.

Some elements of the original plan have remained, but gone is the brand new 40-mile high speed line between Manchester and Leeds via Bradford, which was at the heart of Northern Powerhouse Rail.

Along with the removal of the eastern leg of HS2, this has been 'watered down' to become a patchwork of a new high speed line from Warrington to Marsden in Yorkshire, via Manchester, tacked on to an upgraded TransPennine rote.

It is understood the move shaves around £18bn from the favoured £36bn plan put forward by Northern leaders.

Calling today’s announcement a ‘Championship’ rather than a ‘Premier League’ option, Andy Burnham said the government must now spend an extra £4bn building a full new high speed rail route from Manchester to Leeds, via Bradford.

The mayor demanded a free vote in Parliament on the plan, particularly on the need to spend extra on a full new line to Leeds.

It will also double capacity between the two cities and be passenger-ready much sooner than the original vision, he's insisted, in a claim questioned by northern leaders.

But also gone is the underground station at Piccadilly for HS2.

Referring to how the station would now have to be carried out of Manchester on huge viaducts, Graham Stringer, MP for Blackley and Broughton said in the House of Commons: "HS2 will bring regeneration but if you put it in the air like that it will sterilise the air on either side.

"You wouldn't have put the Crossrail on stilts in Greater London."

Grant Shapps said an underground station would have 'taken money away' from other northern cities, adding: "Manchester is the principal beneficiary of this programme."

The Government has said the proposal was 'put forward by Transport for the North' as their first option, saying the alternative would have cost more and sped up the Manchester-Leeds journey by only four minutes.

However, their choice has angered TfN, who say they had produced more comprehensive, evidence-based plans for the north which had the potential to 'reverse the chasm of under-investment' over the last four decades.

Instead of the £40bn network they recommended, the Government has provided 'less than half of that', said Coun Louise Gittins, interim chair of TfN, as she described the plan as 'woefully inadequate'.

She added: "After decades of underfunding, the rail network in the North is not fit for purpose.

"It is largely twin-track Victorian infrastructure trying to cope with the demands of a 21st Century economy. Leaders from across the North and from across the party political divide came together to ask for a network that would upgrade the North for this century and in line with the rest of the country."

Slamming the Government's approach of building 'a bit here and a bit there', of minor upgrades, she said a railway fit for the north meant 'transformational change', adding: "That means building HS2 and Northern Powerhouse Rail in full.

"That means good east-west connections, improved reliability and a better customer experience to bring about modal shift to meet our decarbonisation strategy.

“Whilst we have been working on our upgrade plans we have watched as billions have been poured into HS2 building work from London to Birmingham.

"We have watched as billions have been poured into Crossrail being dug out and built across the capital. It is time for the North to have its fair share.

"It’s time for the North to have a proper railway network to allow our towns and cities, our businesses, and our people to thrive and grow for generations to come. It’s time for real evidence of levelling up."