The many advances made by Indian unicorns in 2021 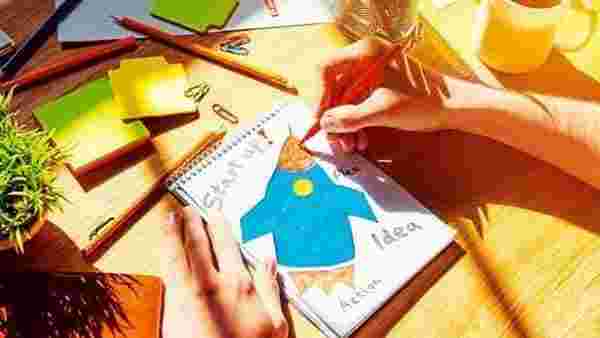 In the first week of 2022, two more Indian internet startups, Mamaearth and Fractal Analytics, turned unicorns, or reached a $1-billion valuation. Seven more, each valued at over $600 million, are priming themselves, including Ecom Express, OneScore and Jupiter Money, according to Venture Intelligence. This is the momentum continuing from 2021: last year, India added 44 unicorns, two more than the cumulative count of the nine previous years. After the US and China, India now has the most unicorns.

India has also aligned closer to more developed ecosystems in pace and capital to produce unicorns. In 2021, Indian businesses averaged 4.3 years from Series A funding to unicorn status, according to Tracxn. This is down from 6.9 years in 2020 and is closer to the global five-year average of 4.2 years. Similarly, Indian startups that turned unicorns till 2020 raised an average of $414 million on hitting a $1-billion valuation, compared to $346 million in the US. For the 2021 India unicorns, that figure dropped to $395 million, indicating richer valuations than before.

Diversity on many fronts accompanied the strides in scale and valuation. Against the previous dominance of e-commerce, the 2021 unicorns featured 18 fintech companies and four healthtech companies. Five unicorns had women leaders, according to EMA Partners. While Bengaluru still dominates, the geographical spread is better. Similarly, while Tiger Global, Sequoia Capital and Accel each closed deals in double digits, there were 60 other investors too. What's true for unicorns has been true for the startup ecosystem as well.

However, in fundraising, Bengaluru continues to lead the chart, with a share of 49% in the last three years. It is followed by Delhi NCR and Mumbai. Raising funds used to be hard for startups outside these three cities, though Chennai, Pune and Hyderabad have seen better funding in recent years. In 2021, startups from 15 cities outside the top five, such as Ahmedabad, Ernakulam and Jhansi, have raised funds. As remote working picks up, this trend might gain momentum.

Overall, Indian startups raised around $39 billion in 2021, a three-fold increase over the $13 billion in 2020, according to Tracxn data. A range of investor groups are behind the momentum. These include venture capital firms (Sequoia, Tiger, Accel, Titan and Blume led by number of investments), private equity funds (Temasek, Westbridge and Lightrock), accelerators and incubators (Y Combinator, 9Unicorns and Venture Catalysts), and corporates (Tencent and Google).

In a 2021 report, Bain Capital said the Indian VC industry has passed through four distinct phases: investor optimism on first-generation startups scaling up (2011 to 2015); maturity and moderation (2016-17); exits and emergence of new sectors (2018-19); and covid-19 disruption (2020-21). Last year was marked by several factors, including public listing debuts and brisk interest from new investors. There were 1,145 first-time investors in Indian startups in 2021, up 62% from 2020 and the highest ever.

This investor interest in India was driven by multiple factors. The pandemic accelerated digitisation across sectors, giving tech companies a boost. In an October 2021 report published by IVCA and Preqin, WaterBridge Ventures' Manish Kheterpal said: “The tech sector will have a market share of at least $750 billion within a $4.5-5 trillion Indian economy by 2030...we’re in a golden decade for Indian VC and tech-led innovation."

China played two key roles in the evolution of the Indian startup and funding space. Its own crackdown on the tech sector made investors pause, and some money flowed to India instead. Meanwhile, in 2020, India banned a bunch of Chinese apps, including ByteDance's popular short video app TikTok. A number of Indian companies jumped to fill in the gap. Social commerce companies, including Sharechat and Verse, raised $1.4 billion in 2021—a near 13-fold increase over 2020 and the most funded category in 2021. Over to 2022.

www.howindialives.com is a database and search engine for public data