The Mancunian Way: The Bankers' Budget

Keep up to date with all the big stories from across Greater Manchester in the daily Mancunian Way newsletter. You can receive the newsletter direct to your inbox every weekday by signing up right here.

‘Thatcher Max’. ‘The Bankers' Budget’. The reaction to Kwasi Kwarteng’s so-called mini-budget has not been so positive here in Greater Manchester.

The Chancellor has abolished the top rate of income tax for the highest earners, axed the cap on bankers’ bonuses and added restrictions to the welfare system. He argued that tax cuts are ‘central to solving the riddle of growth’.

The plans include Liz Truss’s promises to reverse the national insurance rise and axe the hike to corporation tax.

Shadow chancellor Rachel Reeves described the plans as ‘reckless’ and a ‘return to the trickle down of the past, not a brave new future’. “This is casino economics - gambling the mortgages and finances of every family in the country. It is reckless, and it is irresponsible,” she said.

Shadow Levelling Up secretary and Wigan MP Lisa Nandy said it spells a transfer of wealth from the North and Midlands to London. “The tax cut for the wealthiest costs £2.3bn this year. That’s more than the entire Levelling Up Fund given out so far,” she tweeted.

In a pithy tweet, Manchester Council leader Bev Craig described the plans as ‘The Bankers Budget’. While Andy Burnham said the flavour of the new government is ‘Thatcher-max’. “Get ready for images of corks popping in the City alongside miserable hordes huddled in ‘warm banks’,” he wrote in his Evening Standard column.

The pound dropped to a fresh 37-year low as the Chancellor unveiled tens of billions of pounds of tax cuts and spending. Consumer money expert Martin Lewis said it was a ‘staggering’ statement from a Conservative government. “Huge new borrowing at the same time as cutting taxes. It’s all aimed at growing the economy. I really hope it works. I really worry what happens if it doesn’t,” he commented.

Northern Powerhouse Rail and a number of Safer Road Schemes in Greater Manchester are on a list of infrastructure projects listed in the government’s Growth Plan that could begin by the end of 2023.

The document sets out projects ‘which will be accelerated as fast as possible’ - though inclusion on the list is no guarantee. You can read it here.

The Chancellor this morning announced the Government’s plans for new low-tax ‘investment zones’ - which will allow planning rules to be relaxed and business taxes reduced to encourage investment. Those areas will see businesses' taxes cut for 10 years, with 100 percent tax relief on investments in plants and machinery and no stamp duty on land and building purchases.

As Paul Britton writes, any such zone in Greater Manchester is likely to reference six 'growth areas' already identified - the North East Growth Corridor including town centres like Bury, Oldham and Rochdale; the Atom Valley development zone spanning parts of Rochdale Oldham and Bury; the Airport and Southern Growth Corridor; the Eastern Growth Cluster in Tameside; the Central Growth Cluster around the city centre and Salford; and the Western Gateway.

Andy Burnham says leaders are ‘open-minded’ but there are concerns the policy has potential to ‘displace’ investment. Dr Gordon Fletcher, of Salford University’s Business School, says hopes of continuing to develop high-tech sectors here 'could be at risk of being displaced to cheaper locations across the Pennines, or down the M6'.

Health Secretary Therese Coffey's plans to ease pressure on health and social care services this winter were set out in the Commons yesterday.

Business and energy secretary Jacob Rees-Mogg says the government is determined to ‘realise any potential sources of domestic gas’. But Labour shadow environment secretary, Jim McMahon, says there is ‘more than a bad smell to this rush to frack against local community wishes and explicitly now scrapping environmental protections’.

The opening of the city centre’s first public park in a century has been greatly anticipated. Ethan Davies was there to see it and he took M.E.N readers on an immersive experience - by going down the biggest playground slide while presenting a Facebook Live. Watch his slide-based adventure here.

Cherry Valentine: Tributes have been paid to drag performer and RuPaul's Drag Race UK star Cherry Valentine after their death aged 28. Mental health nurse Cherry, whose real name was George Ward, has been described as ‘an artist and activist’ and a beloved member of the Drag Race family. After launching a TV career, they fronted the BBC documentary Gypsy Queen And Proud.

Bee Network: Andy Burnham unveiled a raft of details about the Bee Network, including audio-visual announcements of stops, charging points and contactless card payments readers. And the buses will definitely be yellow with 50 new electric vehicles in the new livery already ordered.

What’s On: Manchester Food and Drink Festival has begun its 25th event, running at Cathedral Gardens until October 2. All the details are here.

That's all for today

Email: beth.abbit@menmedia.co.uk if you have stories you would like us to look into. If you enjoyed this newsletter, why not tell a friend how to sign up? 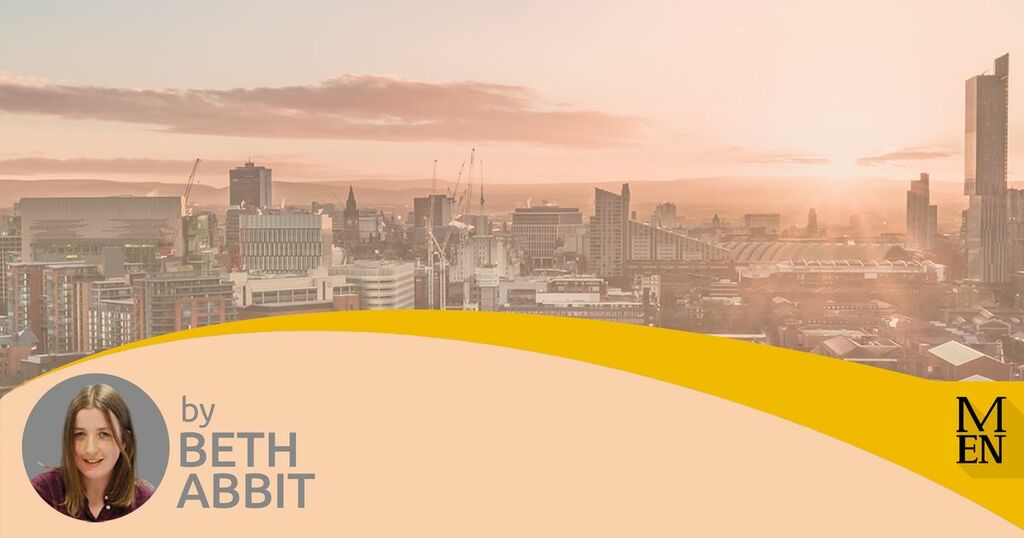 Manchester Evening News
One subscription that gives you access to news from hundreds of sites
The Mancunian Way: A million cars on our roads

A raft of tax cuts were announced in this morning's mini budget.

Kwasi Kwarteng has delivered his Mini-Budget in the House of Commons, with tax cuts, a shake up of stamp duty…

The Chancellor has overturned rules brought in following the global financial crisis in 2008 when Gordon Brown was Prime Minister.