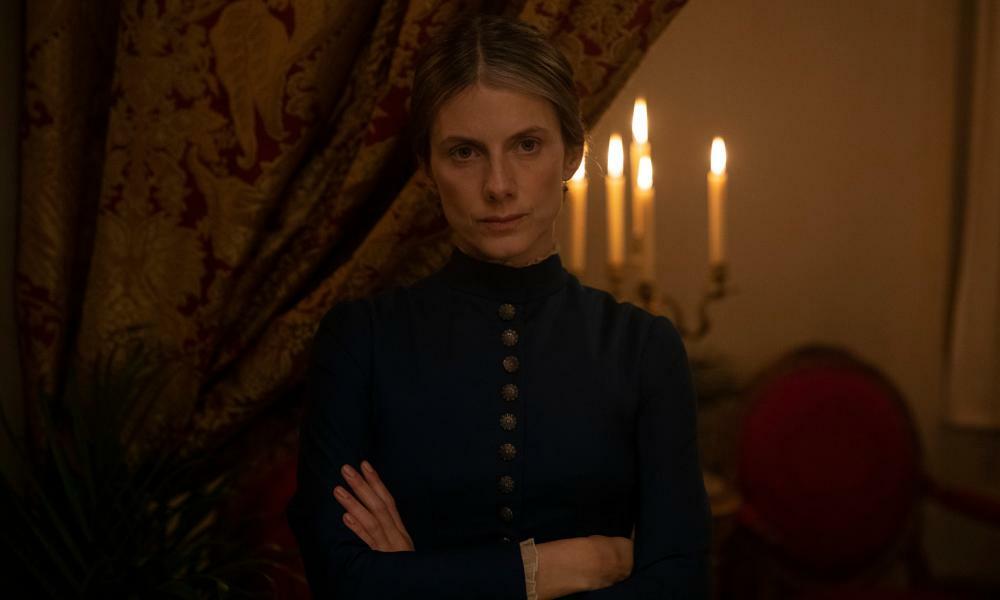 Since her acting breakthrough as the defiant Shosanna in Quentin Tarantino’s Nazi thriller Inglourious Basterds, Mélanie Laurent has cultivated a flourishing parallel career in as a director. Now she pulls out all the stops with this highly watchable and well-made costume drama from the French belle époque, a vehement psychological melodrama of romance and the supernatural, set in a sinister neuro-psychiatric hospital where supposedly hysterical women are incarcerated and subjected to clinical surveillance and experimental treatment by frowning, frock-coated men. (It is in fact Paris’s Pitié-Salpêtrière hospital, which has now evolved into a modern-day teaching institution and was a setting for Agnès Varda’s Cleo from 5 to 7.)

Laurent herself plays Geneviève, the chief nurse at the hospital, which one afternoon receives a new prisoner-patient: the beautiful, educated and well-born Eugénie (Lou de Laâge), who has been committed there by her wealthy, conformist father, François (Cédric Kahn), deeply irritated by her rebellious attitude and then horrified by her new interest in spiritualism, which threatens to embarrass him in society.

Now Eugénie is horrified to be incarcerated in a madhouse, in a grim dormitory of women who have all, to a greater or lesser degree, been driven to a depressive or psychotic state by the very men who are supposed to be looking after them, and these men are themselves in a state of group dysfunction and sexual repression – and in one case openly abusing one of the female patients, Louise: an excellent performance from Lomane de Dietrich.

So who are the mad people here? The ingenuity of the tale resides in the fact that Eugénie’s claim to speak with the dead – the one thing which a 21st-century observer would indeed call irrational – is literally true. By using her superpower to divine the private agonies of the jailer-nurses, Eugénie begins to develop a plan to escape from the hospital, on the evening of its annual ball, which the patients are permitted to attend in fancy dress as a special treat.

There is something very Sadeian, or perhaps rather Foucauldian, about this ball and the various spectacles of rational control and madness-suppression that Laurent contrives in her movie. This is especially true of a very macabre scene in which the hospital’s director, Dr Charcot (Grégoire Bonnet), hypnotises Louise as part of a lecture attended by all these other gentlemen and then coaxes her through a series of movements which begin to look more and more sexual.

Just as the treatment begins to show itself as a symptom of male anxiety, so the women themselves display strategies for reasserting their self-respect, including an unexpectedly touching and even beautiful song that one distressed patient starts to sing in church about her mother.

Contrived and possibly overheated though the film might be at times, there is real storytelling gusto to it, and Laurent punches it across with relish.