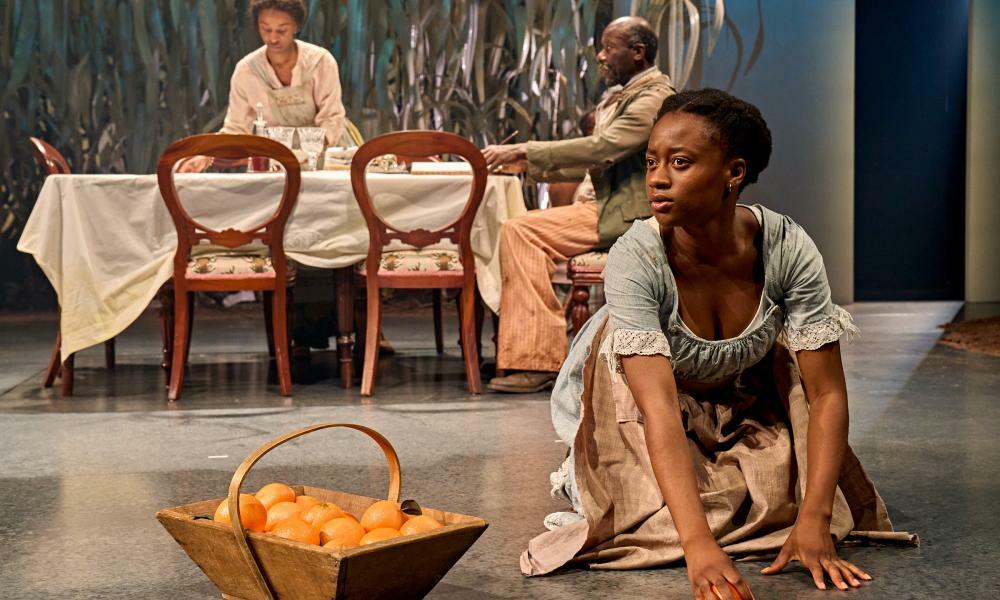 An additional sting in the tragedy of the death of Andrea Levy at the age of 62 was that an author whose work displays a rare combination of compelling narrative and historical urgency had time for only five novels.

Some comfort can be found in the longevity of that fiction in dramatic adaptation. Small Island, Levy’s 2004 Orange prize-winner about mid-20th century Caribbean emigrants to Britain, achieved the cultural double gold medal of adaptations by the BBC and the National Theatre (where the 2019 production will be revived next year). The Booker-shortlisted The Long Song (2010), set on a 19th-century Jamaican plantation, was also adapted for peak-time TV and now receives a large-cast staging at Chichester.

Suhayla El-Bushra’s adaptation is a model of economy and fidelity, compressing the 402-page book into 110 minutes (less than two thirds of the TV running time) while retaining the original’s twisty timeline, stories within stories and plot shocks involving the unveiling of a portrait and the lifting of a silver dinner dome.

The framing is Jamaican printer-publisher Thomas Kinsman’s attempt to persuade centenarian Miss July to tell her story for his book of slave narratives. Her participation is complicated by a reluctance to accept the term “slavery” and caginess about her personal and working lives, the script alert to present questions of who has the right to relate experience and to what purpose such stories are told.

In a decision some may find contentious, the now taboo term “negro” is routinely used and the even more appalling N-word is spoken 20 times, by white characters and those of colour. The clear defence is that moments when people unexpectedly hurl the term illustrate how racism grows. There are also warning notices at the door, and ranks of flinching heads in the audience suggested the effects of aversion therapy to be a more likely outcome than normalisation.

After an extended apprenticeship on radio and in supporting roles, Llewella Gideon gives a star-making performance as Old Miss July, in turn cagey, playful and enraged while both suggesting an ancient survivor and suddenly returning in memory to younger versions of herself. These are played in flashback by Tara Tijani, a drama school graduate this summer who suggests high promise with a performance that captures the agonising rapid calculations necessary to survive in a world allowing her no value. Trevor Laird, as the elderly “headman” in the slave household, similarly projects the wiliness and pride of someone finding elements of power within an oppressive system. True to Levy’s scheme, the play allows agency and dignity within the violent victimhood of slavery.

This vivid and disturbing version of The Long Song is further compensation for a flow of novels cruelly shortened.