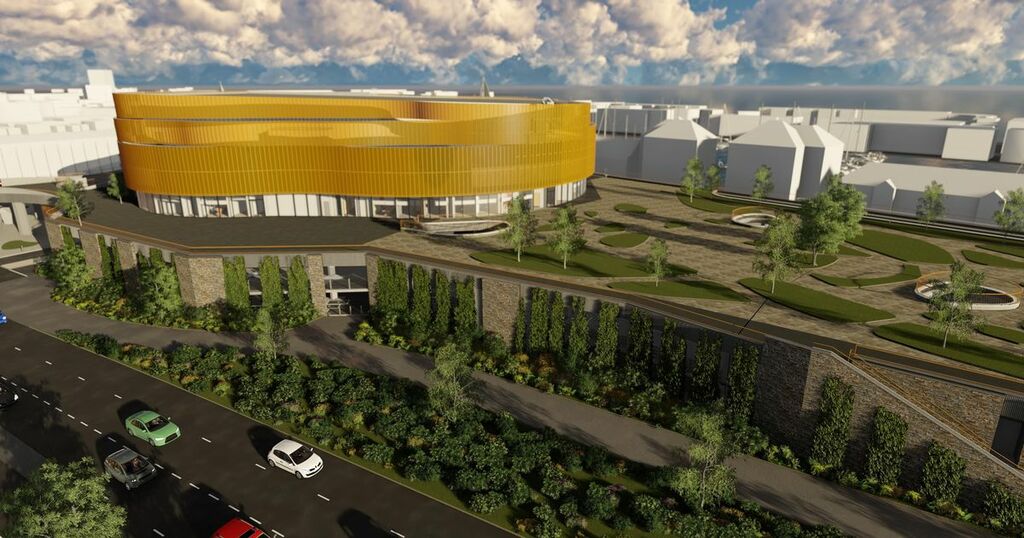 Swansea is being spruced up into a greener city under plans to develop Copr Bay.

Work is well underway on the 1.1-acre coastal park next to Swansea Arena, which will see the city transformed through the green space.

It will soon be planted-up and steps will be carried out to put a ‘living wall’ on the Oystermouth Road side of the car parking structure underneath the coastal park.

The coastal park forms part of the new £135m Copr Bay phase one district, which is being developed by Swansea Council.

Visitors will be drawn into the dune-like attraction as it is so close to Swansea Beach.

Work has been carried out to make the Kingsway green and a pop-up park is planned for the former St David’s shopping centre site.

Councillor Robert Francis-Davies, Swansea Council’s Cabinet Member for Regeneration, Investment and Tourism, said: “The coastal park is going to become a family favourite in Swansea, combining with the living wall to bring yet more greenery, biodiversity and activity to the city centre.

“Together with a new café and restaurant right next door to the Swansea Arena, the coastal park will deliver a first class destination where people can relax and enjoy the stunning views.

“The installation of the Copr Bay bridge also means we’re generating better links than ever before between our city centre and forthcoming attractions like the arena and coastal park.

“This will benefit existing businesses by generating more footfall and trade, while also helping attract even more investment and jobs for the benefit of Swansea people.

“The coastal park is yet another example of our on-going commitment to transform Swansea into the one of the greenest and best cities in the UK to live, work, study and visit.”

Roof and terrace greening will be put in place at the high-tech office development, which has been earmarked at the former Oceana nightclub site on the Kingsway.

There will also be a ‘living building’ office scheme built nearby, along with an urban farm-style greenhouse set over four floors.

Cash for the project is partly coming from the Swansea Bay City Deal, along with the Copr Bay bridge being part-funded by the Welsh Government’s Active Travel Fund.