The likelihood of Wales now reaching the 2022 World Cup revealed 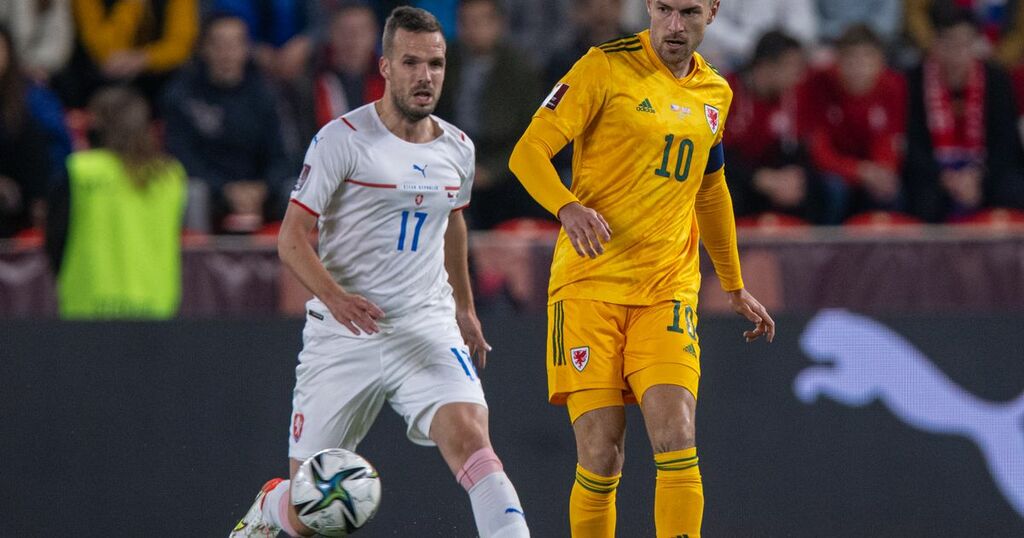 Wales remain firmly in the mix to qualify for the 2022 World Cup following their draw with Czech Republic.

Rob Page's men took the lead at Sinobo Stadium through Aaron Ramsey's 18th international strike, although Jakub Pesek's effort along with a Danny Ward own goal saw the hosts go 2-1 up.

However, Daniel James struck midway through the second half to earn his side a share of the spoils which ensured the race for second place in Group E remains wide open.

Given that Wales are currently third, they, as things stand, would enter the play-offs via the Nations League.

This means they would be unseeded, which in turn would see them play away from home in the semi-final next year.

Of course, the situation can change dramatically from game to game, although this is how the seedings for the play-offs currently look.

Page was left understandably frustrated after his side spurned plenty of chances to take victory in Prague having done the same in the 0-0 draw with Estonia last month.

"We're frustrated because we should be sat here with six points from the last two games instead of two, we are disappointed with that," he said.

"Second spot is still our aim, and we've got three games left, the Czech Republic have got two.

"It's in our hands. We're already preparing for a big game on Monday, and we'll be fully prepared and ready for it."

We Global Football have calculated that Wales are 68.7% likely to play away in the play-off semi-finals while their hopes of being at home for that one off fixture are just 31.3%.

And, according to their simulations, Wales are 100% certainties to reach the play-offs, which makes perfect sense given that they're well within a shout of taking second spot, and, even if they don't, they'll gain a play-off place via the Nations League given that France, Belgium, Italy and Spain are all set to qualify for the tournament in Qatar automatically.

Using various formulas and calculations, they believe Wales have a 19.9% chance of being involved in next year's World Cup.

There could yet be plenty more twists and turns, although after an enthralling draw in Prague, Wales know their destiny remains firmly in their own hands.

Wales return to action against Estonia in Tallinn on Monday night.

(Seedings and qualification calculations correct at time of publishing)