The life-changing decision that almost broke a Gunning farmer 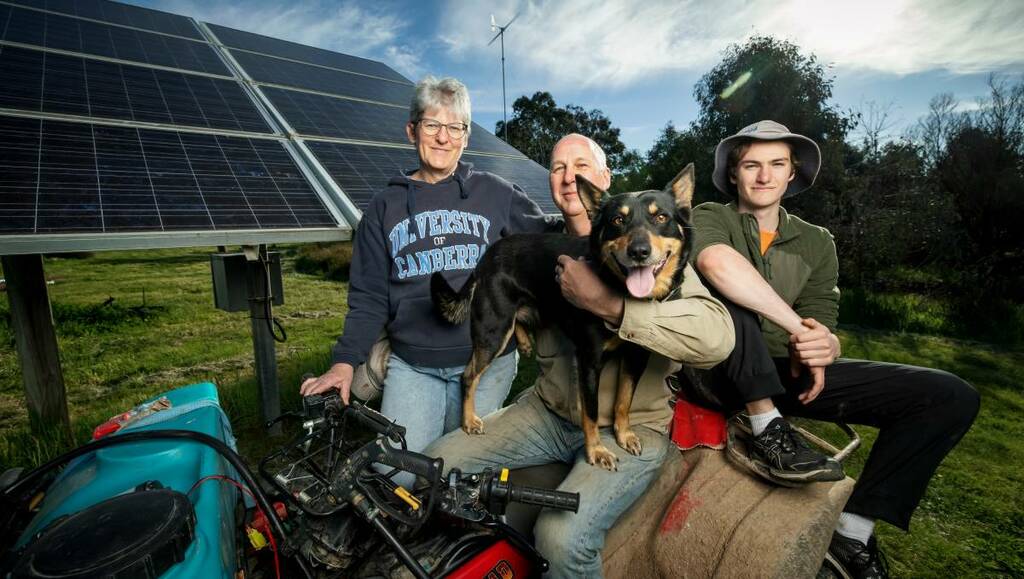 Three years ago, Phillip Luck made a life-changing decision which he admits almost broke him.

The fifth-generation farmer decided to sell the flock of Saxon Merino sheep on his family property near Gunning, on the outskirts of Canberra, as he made the switch from producing superfine wool to producing sheep meat.

It was akin to "sacrilege", Mr Luck says.

His family's superfine wool enterprise had been running since the 1860s. This is what they did. It was what they knew.

But in the end, he had no choice but to end the dynasty.

A lack of rainfall had dried out the land, making it impossible to provide his Saxon Merino with the level of nutrition they required throughout the year. The Dorper sheep he now runs originated in arid climates, meaning they can ride out the seasonal rollercoaster.

"In the end, it became essential for us to [make the change]," Mr Luck says.

"It was very hard. It almost broke me personally making that change. But now we are producing a product that people need. People need protein. Some people liked wool, but they didn't need it."

A changing climate forced Mr Luck to overhaul his farming operation. But he, wife Peta and son Ben fear it could do much more than that in the future.

"Climate change could completely wipe us out," Mr Luck says. The threat, Mrs Luck says, is an existential one.

For the Luck family, the need to combat the root cause of climate change by cutting greenhouse gas emissions, and eventually decarbonise the global economy, could not be clearer or more pressing.

In under three weeks' time, world leaders will meet in the Scottish city of Glasgow with the aim of massively accelerating the global effort to cut carbon pollution.

UK Prime Minister Boris Johnson has described the COP26 summit as a "turning point for humanity".

As the clock ticks down to the start of the summit, The Canberra Times is today launching a new series on the transition to a carbon neutral economy.

The Road to Net Zero series is not a campaign for a specific target or policy. Rather, it will be an exploration of what's required to make this seismic shift and what it will mean for industries and communities across Australia, including the coal mining regions which for so long have been relied on to power the nation.

It will look at the challenges and opportunities available in a technological revolution former chief scientist Alan Finkel says is as exciting as the conquest of space in the 1960s.

The series will delve into the politics in Parliament House; the powerful global forces pulling Prime Minister Scott Morrison toward a net zero commitment and stronger climate action and the domestic political realities dragging him away from it.

It will examine the billions of taxpayer dollars poured into emissions reduction programs since the repeal of the carbon tax, and the role of the bureaucracy amid Australia's decades long climate wars.

Back on their farm near Gunning, the Lucks are doing what they can to reduce their carbon footprint and shield their operation from a changing climate.

Solar and wind provide all of the property's energy needs, while the size of their dams have been massively increased in preparation for longer dry spells.

But they say that more could be done, if only the government had policies to allow or encourage it.

Mrs Luck says allowing smaller energy grids in regional Australia, backed up by battery storage, would create new opportunities for farmers. Policies which would lower the costs of electric vehicles would allow her husband to purchase an zero emissions all-terrain vehicle.

"It is really, really frustrating to see the opportunities that are here right now [but not being taken]," she says.