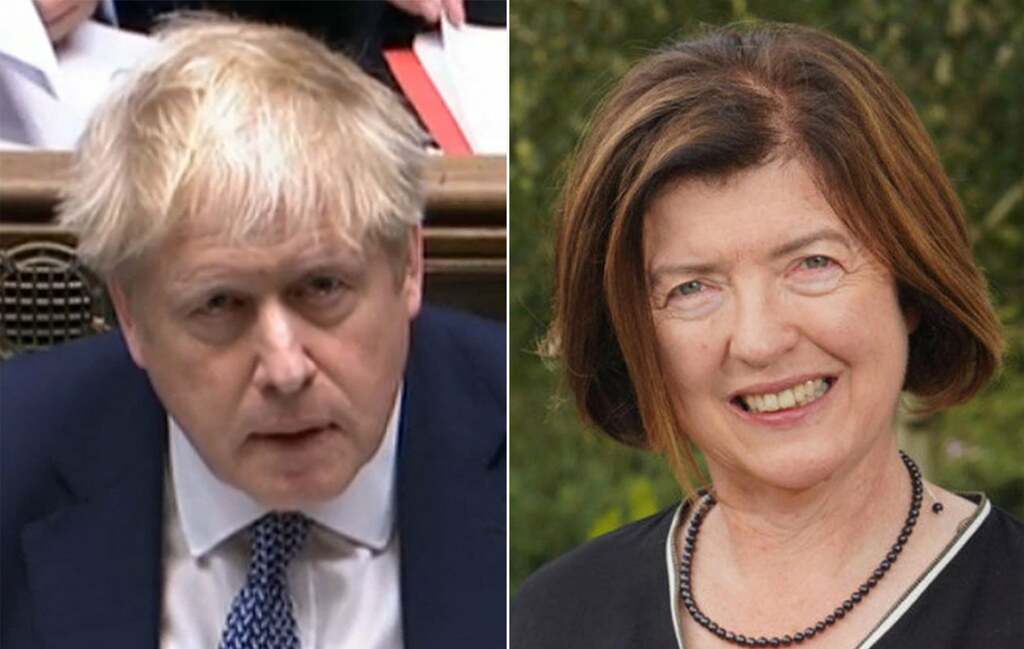 On Thursday night, The Telegraph broke the news that two more parties reportedly happened in Downing Street while the rest of the public, simply put, were not allowed to have parties.

The publication revealed the parties took place for two members of staff who were leaving, the day before Prince Philip’s socially distanced funeral, and that staff were sent to the shops to pick up booze in suitcases, music was played and someone even broke poor Wilf Johnson’s swing.

As one, the nation rolled its eyes, incredulous that ongoing ‘partygate’ was creating yet another hangover with the list of events to investigate growing and growing.

Meanwhile, James Slack - a member of staff who one of the parties was held for apologised, while a spokesman for the Prime Minister said Downing Street had said sorry to the Palace following the reports.

And after people read the details, thoughts turned to Sue Gray, the senior civil servant charged with investigating all these parties, and people thought she must be pretty exhausted indeed:

I do find myself wondering whether Sue Gray really is conducting an enquiry, or is reduced to wandering from room to room in Downing Street with a black bin bag and picking up opened cans of Diamond White and shaking them to find out if anything’s inside before tutting loudly. https://t.co/mF6gUiR6yD

Poor Sue Gray (our arbiter of all moral, ethical and legal issues now and forever) is not gonna get much of a weekend is she the poppet https://t.co/I93jKZFBm8

Sue Gray is gonna need a spa day at the end of this.

Sue Gray pours herself a fishbowl of wine.

Sue Gray as more and more parties get reported pic.twitter.com/OPURdgEhdu

It’s literally the job of the police to investigate for evidence of criminality. Sue Gray isn’t a one-woman crime squad. She’s not batwoman.

Sue Gray, sighing, adds another column to her excel document

Gray indeed has a lot on her shoulders. The Metropolitan Police have said they will not investigate any of the Downing Street parties unless and until the Sue Gray inquiry finds evidence of criminality. Every time a journalist tries to get a loyal Tory MP or minister to comment on the matter they have repeated the refrain “we’re waiting for Sue Gray to finish the inquiry”.

The Times also reports it is expected that Gray will conclude that the parties were “not criminal” which is causing some people to raise their eyebrows.

“Johnson’s allies are increasingly confident that he can survive the report, which is due to be published at the end of next week” - ⁦the impeccably connected ⁦@Steven_Swinford⁩ reports pic.twitter.com/iQi9qBVcve

And commenting on the stories, a Downing Street spokesperson said:

“On this individual’s last day he gave a farewell speech to thank each team for the work they had done to support him, both those who had to be in the office for work and on a screen for those working from home.”

Poor Gray. Let’s just hope she has a nice day off planned once this all blows over.

Downing Street Partygate: How many bottles of wine would it take to fill a suitcase?

The UK lockdown summed up in two images

Who are the Tory politicians calling for Boris Johnson to resign?