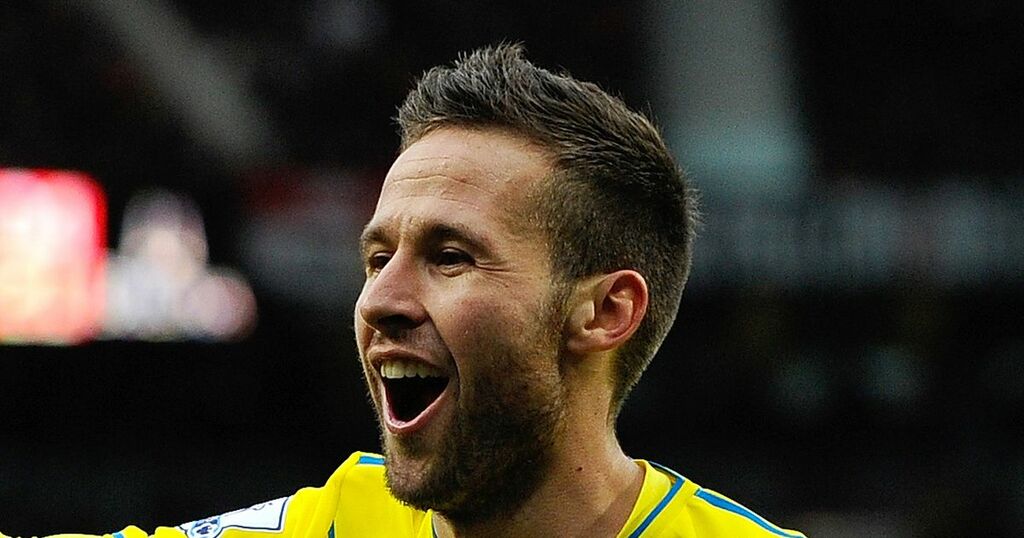 Newcastle's last triumph over Manchester United at Old Trafford came eight years ago in 2013 thanks to the only goal of the game from Yohan Cabaye.

It proved to be a masterstroke from Alan Pardew over his opposite number David Moyes as the Magpies won in the red half of Manchester for the first time since Joe Harvey's Newcastle in 1972.

As a result, they went on to leapfrog the Red Devils and move into seventh after 15 games.

Pardew's side went on to finish midtable in the Premier League in his third season at the helm. He'd last just two more years at St James' Park as he soon trudged out the door at the beginning of 2015 with the Magpies in 10th.

But what happened to the 14 players who entered the history books for ending a record that stood for over four decades?

A 25-year-old Tim Krul started between the sticks for Newcastle in his fifth season in the North East.

He made over 180 appearances for the Magpies winning the player of the year for the club a year earlier.

His time at St James' Park stuttered to a conclusion after loan spells with Ajax and AZ Alkmaar before returning to England where he signed for Brighton and Hove Albion after a successful temporary move with the Seagulls.

Now at Norwich, he helped the Canaries regain their status in the English top-flight after earning promotion from the Championship.

The Argentine captained Newcastle at Old Trafford and was a fan favourite on Tyneside after joining from Deportivo La Coruna in 2008.

It was an impressive CV when he arrived at St James' Park after enjoying time in Italy, with AC Milan, and numerous moves across Spain where he turned out for Atletico Madrid and Villareal, to name a few.

He made over 275 appearances in the black and white before returning to his native country in 2016 where he joined San Lorenzo.

And this summer he was on the move again, making the switch to Aldosivi.

Williamson completed the centre-back partnership alongside Coloccini at the ripe age of 30, defending against the likes of Robin van Persie and Javier Hernandez.

He made 33 appearances that season under Alan Pardew but was soon on the move as he ventured to the Midlands where he joined on a free transfer with Wolves after a spell on loan.

Lasting just a year at Molineux, he joined Oxford United where he spent another season before joining North East side Gateshead.

He is now the player-manager of the National League North squad.

The Italian started at left-back as he did in 93 other Newcastle appearances only scoring the single goal.

Sadly for Santon, injury chipped away at his career in the North East and he spent a number of extended periods on the sideline including a knee problem that saw him miss as many as 22 games in 2014.

He spent three years with the Toon Army before moving to AS Roma where he still features, now under the stewardship of Jose Mourinho.

The 30-year-old's contract is due up next summer, could he make a sensational return from Italy to England? We've already seen it this year.....

It was his debut season in the Premier League when he started against Manchester United.

His first appearance at Old Trafford lasted 80 minutes before he was forced off through injury and replaced by Yanga-Mbiwa.

He certainly impressed during his time in the black and white as he was snapped up by Arsene Wenger for the 2014/15 season for £13m.

But injuries plagued his time at the Emirates Stadium, although he did with the Community Shield and FA Cup before he returned to France on loan with Bordeaux before signing for St Etienne.

He recently joined Ligue 2 side Valenciennes on a two-year deal.

A firm favourite amongst the Toon Army, Tiote was fondly remembered for his superb volley against Arsenal, he captained his side nine times during the season that they beat Manchester United.

It proved to be his only goal in 156 appearances for Newcastle in his seven-year stint.

He joined Beijing BSU in 2017, but tragically passed away that year after collapsing in training.

And he is fondly remembered for his time in the North East.

Anita was yellow-carded late on in the win as he featured for the full 90 minutes during their win over Manchester United.

It was his second season with Newcastle after signing from Ajax, he enjoyed five years with the Magpies before seeing out his contract and moving to Elland Road.

He joined Leeds during a transition period and rather a shaky spell for the club, he spent a season in Holland with Willem II before he was released by the Whites in 2019.

After a couple of months out of the game, he signed for CSKA Sofia before joining RKC Waalwijk last August.

A marmite figure, but one that could change a match in an instant.

Cabaye burst forward from midfield latching on to the cut-back from Moussa Sissoko before caressing the ball into the bottom left corner.

Possibly a shame he only scored 10 goals in 109 appearances for the Magpies but tarnished his reputation at the club following his strike at the start of the season in order to force a move to Arsenal.

He played his way back into the side and played superbly including his goal against the Red Devils.

That wasn't to be his final act as a Newcastle United player, as he scored in back-to-back games against Crystal Palace and Stoke City before a brace against West Ham. But a couple of weeks later he made the £22m switch to French big guns Paris Saint-Germain.

Reflecting on his actions, he told the Chronicles Mark Douglas: "Looking back now, I know that saying 'I don't want to play' is not good behaviour. If I could go back in time and change it, I wouldn't do it again. But everyone has to understand that for me, your word should be your word."

He returned to England in 2015, months after leaving, signing for the Eagles. After three years he moved to the United Arab Emirates but was released by Al-Nasr in 2019.

St Etienne snapped him up as a free agent but after a year back in his native France, he was without a club again and announced his retirement in February of this year.

The powerful midfielder showed his class as he teed up Cabaye for the only goal of the game.

He would make 133 appearances for Newcastle before making the switch to North London for £31m.

After making 202 appearances for Spurs, he departed for Watford after falling out of favour with incoming manager Nuno Espirto Santo, ending his five-year spell in the capital.

Gouffran made the switch from Bordeaux during the mini-French revolution at St James Park.

The winger was a threat for the Magpies and lasted the whole match against the Red Devils as he went on course to make 141 appearances in the black and white.

He scored 19 goals in four years before joining Turkish side Goztepe where he resided for a number of months before he was released.

Now in Armenia with Ararat-Armenia, he helped them to fifth in the league. However this season they sit at the top of the table with Gouffran captaining his side in four of their opening five.

Remy was introduced as the talisman for Newcastle that season signing from Queens Park Rangers on loan, a year after he was on the verge of signing permanently.

He scored 14 goals in 26 games for Alan Pardew's side but saw his debut season in the North East marred by niggling injuries.

After just one season, he was sold to Chelsea for £11m after Liverpool and the Blues battled it out for his signature, luring him away from Loftus Road.

Although his time at Stamford Bridge only last two years and a series of loans followed suit.

He eventually moved to Las Palmas on a free transfer but spent the 2017/18 season on loan with Getafe.

That year his time in Spain was over and he arrived at Lille where he spent two years.

In 2020, he signed for Caykur Rizespor on a free transfer where he has scored seven goals in 20 appearances, his stint in Turkey looks set to expire next summer.

The Frenchman was a late replacement for the injured Mathieu Debuchy and made 23 appearances for Newcastle that season.

He managed to double that in terms of total appearances but failed to score during his time.

In September the next year, he joined Roma on loan before the Italian side made his temporary switch permanent in the 2015 January window.

August that year Roma made £3m profit, selling him for £8m with Lyon his next suitors. He spent five years with Lyon but saw his contract expire in 2020, failing to secure a move since his release.

Widely remembered for a magnificent solo goal where he left many Bolton players in his wake.

Despite the talent and euphoria surrounding him, he was a divisive figure in the Magpies dressing room with a contentious attitude as well as some unfortunate injuries.

Ben Afra was one of the most exciting Newcastle players in recent years, he scored 14 goals in 86 appearances.

Eventually, he became a journeyman, having spells at Hull City, OGC Nice, PSG, Stade Rennais, Real Valladolid before he returned to Bordeaux where he was released in the summer and has yet to snap up a contract.

In Magpies folklore for his part in the 5-1 win over Sunderland in 2010 where he scored a brace, Ameobi was a second half substitute in the match at Old Trafford where he replaced the goalscorer.

He was two short of 400 Newcastle appearances when he left for Gaziantep FK in 2014, ending his 14-year spell in the North East.

During that time, he scored 79 goals and falls nine short of Alan Shearer as record appearance holder for Newcastle.