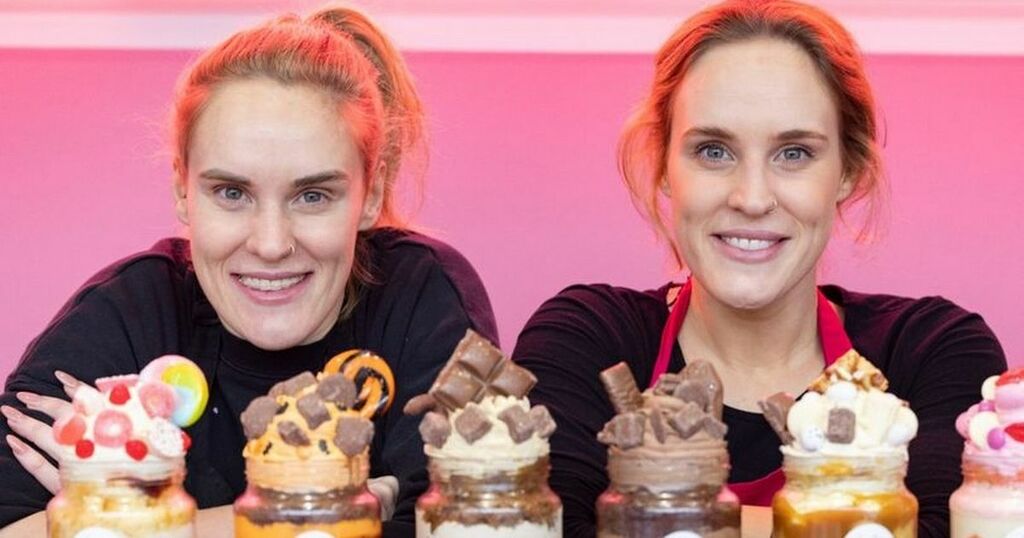 The counters of Finch Bakery offer everything you could possibly want from vegan chocolate brownies and Nutella rolls to pumpkin spice cookies and Biscoff ganache.

The Lancashire bakery, situated on Queen Street in Great Harwood, has cooked up such a positive reputation online that it now has more than 155,000 followers on Instagram and its co-owners have even written a bestselling cookbook.

Identical twin sisters Lauren and Rachel Finch, 30, from Blackburn, set up the bakery six years ago as a way for them to experiment outside of the family home.

READ MORE: Accountant, 26, cleared of drink driving upon claiming she guzzled vodka to 'calm down' AFTER crashing Mercedes

"It got to the point where our parents were like 'get out of the kitchen!'," Lauren told LancsLive.

The sisters - who take inspiration from Ant and Dec and always stand next to each other with Lauren on the left and Rachel on the right to avoid confusion - first opened up a store in Clitheroe before moving to their current location.

"Our first shop was really somewhere we just took on to make the cakes but it had a front counter and so we started selling direct to the public," Rachel said.

"We were probably only making about 24 cupcakes a day at that stage."

They moved to the new shop in Great Harwood six months ago and now employ 40 people across three industrial units in Accrington and the Great Harwood shop.

Lauren and Rachel say their staff are ‘more of a family than a workforce’ and the analogy goes far beneath the surface with their mum, dad and brother all now working for Finch Bakery too.

"Mum's been working for us for the last five years, I think she wants to retire but we're not allowing her to just yet," Rachel said.

"Mum and our brother, who's 33, head up the units in Accrington and oversee the production of everything, and then our dad, who's actually retired, helps up with the accounts."

The bakery sees non-stop cooking from 6am until 10pm every weekday and it’s not just for customers in-store either.

The twins also run a hugely-popular online ordering service delivering ‘letterbox size’ brownies to people all across the country.

The twins' bubbly and infectious personalities has led to a thriving business, with them even being asked to appear on This Morning.

They ultimately turned the invite down due to fear of accidentally swearing live on air.

In August, they published their very own recipe book which has already sold more than 20,000 copies.

The twins, who are both pregnant with their second children, now have their eyes set on a second shop and say they are seriously considering bringing the business over to Manchester.

"Even though we still think we're small-scale we have 155,000 followers on Instagram and 80,000 on Facebook so we know we have customers pretty much everywhere.

“Manchester city centre would be the dream."

While Finch Bakery has successfully launched a number of vegan products, the twins say ‘the risk is too great’ when it comes to dairy-free or gluten-free products.

"We have some vegan brownies and vegan treat boxes and we sell those online as well however because we're getting quite big we do get quite a lot of visits from Trading Standards,” Rachel said.

“They've advised us that unless you have a completely separate unit for they would not recommend doing gluten or dairy-free.

"You also have to be extremely careful with allergies. Natasha's Law has just come in so with anything pre-packaged you have to list all the ingredients.

“With vegan, because it's more of a choice, that's easier to manage but the risk of cross-contamination is too much when it comes to dairy and gluten-free."