Livemint
How Affluence Pulls People Away From Their Families

Money and education allow many people to venture farther, without needing to rely on relatives for child care or a…

The U.S. Preventive Services Task Force issued a draft statement in April 2022 recommending screening for anxiety in children and…

The Conversation
Get all your news in one place
Latest Lifestyle news: 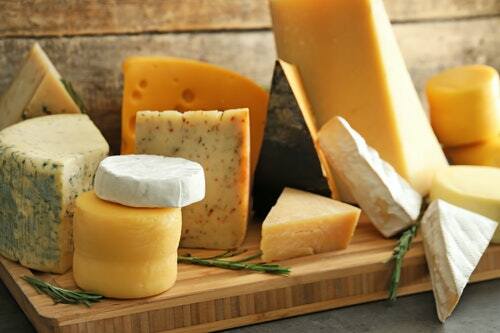 Input
Read news from The Economist, FT, Bloomberg and more, with one subscription
Learn More
A Second Chance at Friendship

“It happened because both parties were interested to make it happen.”

The Atlantic
The Martinican bèlè dance – a celebration of land, spirit and liberation

Ballotpedia
Lion King Bird On Brink – Colorful Bird Famously Featured In The Lion King Nearly Going Extinct
A colorful bird that shot to fame in The Lion King is being wiped out by climate change, according to…

Zenger
From analysis to good news, read the world’s best news in one place
VIDEO: Im Bark With The Mail: Pit Bull Jaguar Taught To Collect The Post
This is the moment Jaguar the pit bull collects the mail at the front gate, carries it across the garden,…

The Key to a Good Parent-Child Relationship? Low Expectations.

“How to Build a Life” is a weekly column by Arthur Brooks, tackling questions of meaning and happiness. Click here to listen to his podcast series on all things happiness, How to Build a Happy Life.

Young people “are high-minded, for they have not yet been humbled by life nor have they experienced the force of necessity,” Aristotle wrote in Rhetoric. “They think they know everything, and confidently affirm it.” When people my age complain about “kids these days,” they are often taking an indirect swipe at their own young-adult children. I can just imagine what Aristotle’s son, Nicomachus, must have felt in return: Dad probably dispensed unwelcome advice (“No one will ever hire you if you go around with your chlamys hanging off like a common delinquent”), made Nicomachus feel guilty (“Would it kill you to visit a poor proxenos now and then?”), treated him like he didn’t know anything (“I wrote the Nicomachean Ethics—you might have a peek at it”), and raised topics he didn’t want to talk about (“Should I hold a spot for you this year at the Lyceum?”).

I hear both sides of this story in my work. My research focuses on happiness in the second half of life, and I teach happiness to young adults. What I hear from them matches the broader lessons from research on parent-child relationships: They are one of the most important contributors to the well-being of both generations. When they’re good, they’re great—young adults and their parents perceiving their relationship as good has been associated with low psychological distress and high life satisfaction. But they can also be one of the most strained bonds in a parent’s or child’s life.

Whether you’re a parent, an adult child, or both, you have the power to make things more harmonious and reap all the benefits of a strong bond. To achieve that, you must do something counterintuitive but simple: Lower your expectations. Neither parents nor adult children have to be perfect for the relationship to be satisfying and healthy. With lower expectations, you can break out of childhood dynamics (yours and theirs) and form a bond based on mutual respect as adults.

Want to stay current with Arthur’s writing? Sign up to get an email every time a new column comes out.

Even in the best of situations, tension between adult generations in a family is normal. In one pair of researchers’ words, many parent-child bonds are frayed by “the give-and-take between autonomy and dependence and the tension between concern and disappointment.”

One common source of tension stems from misalignment between how adult children and their parents view their relationship and the roles that they each play—in other words, mismatched expectations. Parents may think that the relationship is more harmonious and enjoyable than their adult kids think it is, while grown children may view the benefit of the bond in terms of exchanges of assistance. In Aristotelian terms, you might say that parents see the relationship as more intrinsic; the kids see it as more instrumental. Meanwhile, children tend to think that they are doing more to help than their aging parents think they are. And fathers report higher levels of involvement in the relationship than their adult kids perceive. All of this can create resentment, which is only natural when people you love fail to meet your expectations; it is all the worse when the other party doesn’t even seem to notice.

Other areas of unmet expectations are common as well: Adult children can seem unambitious to parents who struggled to make ends meet early on; they might forgo marriage or children to their parents’ disappointment or disapproval. Parents might withdraw financial support in a way that seems selfish to grown kids, or appear more interested in their own lives than those of their children and grandchildren.

The most extreme form of unmet expectation is a values breach, in which the adult child rejects something about the parent’s core beliefs. This can rupture the relationship entirely, and it is strikingly common. Researchers writing in the Journal of Marriage and Family in 2015 found that about 11 percent of mothers ages 65 to 75 with at least two grown children were totally estranged from at least one of them. They found that a values conflict (such as hanging with the “wrong” crowd) was at the root of many of these estrangements, while violation of social norms (for instance, dropping out of high school) usually was not. For adult children, this means that your mother (or father) probably cares more about what you believe and how you express it than how you live.

[Read: A shift in American family values is fueling estrangement]

Waiting for your parent or child to get their act together is probably not a recipe for success in your relationship. Research shows that many parent-child relationships remain strained as everyone involved ages—a phenomenon partly explained by a theory known as the “developmental schism hypothesis.” Taking action is important. I recommend employing the following three strategies, which curtail three common, harmful patterns.

As the years go by, many families fall into a tendency to assume that communication need not be spoken—that everyone understands one another without saying anything. This is an invitation to miscommunication. Evidence shows that it’s best to have a clear family policy of speaking for yourself and listening to others. One way to do this is with regular family meetings, where each of you can air issues that are on your mind before they fester into a major problem or misunderstanding. The key isn’t asking anyone to change their reactions to your actions or feelings; it’s to give them the chance to hear your side of things and respond before you start assuming that you know what their response will be.

[Read: The secret to a fight-free relationship]

2. Live your life, but don’t ask them to change their values.

Estrangement within families is a tragedy—perhaps inevitable in cases of abuse, but avoidable in so many clashes of pride. You have to decide yourself whether a schism is warranted, but as the study above suggests, aging parents are likelier to accept lifestyle choices that they disagree with than accept their kids telling them that their values are wrong, which they might perceive as a personal rejection.

Perhaps this sounds morally inconsistent or even hypocritical, but it isn’t. I hold a lot of values that I do not share with loved ones. I can still coexist permanently with these differences of opinion without feeling hurt or angry, precisely because I don’t expect anyone else to change their mind. And because I don’t insist on agreement, there is no reason to fight.

When people treat their family as a one-way valve of help and advice—usually, parents giving and children receiving—the resentment tends, ironically, to go both ways: Visits and calls become tiresome, repetitive interviews instead of conversations. My belief is that this stems from a stunted development in the relationship. For example, perhaps mom and dad still treat you like a youngster; meanwhile, you rarely or never ask about their lives or take a true human interest in them.

Rather than expecting your family members to be bottomless fonts of help and wisdom—or to learn to stop giving you unsolicited advice all the time—take the lead by treating your family the way you do your friends, both generously giving and gratefully accepting emotional support. Research shows that the relationship can be greatly enhanced when adult children and their parents treat each other as individuals with past histories and limitations; in other words, as peers.

If your relationship with your parents or adult kids is especially difficult, working to improve it might feel like a lost cause. But giving up would almost certainly be a mistake, because “those people” are either your past or future self. According to the behavioral geneticist Robert Plomin, our cognitive skills, interests, and personality traits all tend to resemble our parents’ more and more as we age. As a young man, I thought I was quite different from my father; now I hear his voice almost every time I open my mouth.

Your kids provide a rare glimpse of your own past; your parents, of your future. Giving that up means losing insight into yourself, which is a lost opportunity to gain self-knowledge and make progress as a person. Lowering your expectations and loving them despite their faults may well be the best investment you ever make.

Livemint
How Affluence Pulls People Away From Their Families

Money and education allow many people to venture farther, without needing to rely on relatives for child care or a…

The U.S. Preventive Services Task Force issued a draft statement in April 2022 recommending screening for anxiety in children and…