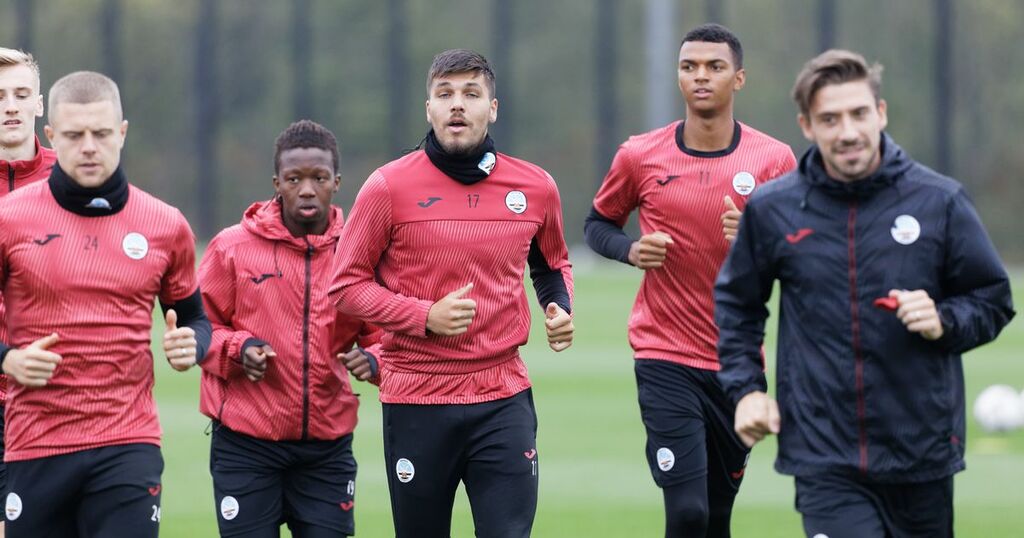 Joel Piroe says he hopes Swansea City boss Russell Martin can help to mould him into a striker capable of fulfilling his Premier League dream, and says he's already targeting a 'minimum' of 15 to 20 goals this season.

The 22-year-old has proved a big hit since arriving in SA1 in the summer, and has netted six goals in 11 games in all competitions.

The Dutchman is subsequently expected to play a key role in his side's efforts this term, and says Martin's brand of possession-based football will eventually see the Swans start to climb the table.

Speaking to Football Oranje, Piroe said: "I have a very good relationship with the gaffer. He's a really honest person, so it's really nice. You know what you have with him. He will say it straight what he thinks about you or what he thinks is the best for the team.

"I have the feeling that he really gives the team confidence. I think that's why we can play the way we play.

"When you look at Swansea, our start wasn't the best. But we still tried to stay the same and really play football. Not the usual kick and rush you expect from English clubs. I think that's a big contribution to the success that I've had over the last couple of months.

"We didn't have a long pre-season with the new gaffer, so we had some difficulties during the first weeks, but I think we're on the right track now and when the last part falls, I think we will get to the top of the table real quick.

"The gap isn't that big, so we just have to go through a nice streak."

Swansea's Championship campaign resumes with a South Wales derby clash with Cardiff City on Sunday, with Martin's side clearly eager to give their season a shot in the arm after a run of just two wins from their opening 11 games.

Piroe, having been touted as something of a wonderkid back in his native Netherlands before making the £1m move to south Wales, has his own personal goals too, and admits he already has his eye on the Premier League.

"When I just looked at the feeling the club gave me, I really felt good with my decision. It's a real chance for me when I think about it, to make big steps after," he said.

"I had a feeling that if I was to make a step in the Eredivisie, I would have to make maybe two or three steps before I can reach it again.

"It's a good way to grow into the Premier League but if you look at the data, as well. A lot of other big competitions are above the Championship, so I just think it's a really good opportunity to grow and really develop."

And Piroe believes that in order to prove his worth, he will have to make a statement in the Championship.

"I have to develop getting a proper season where I have to score 15-20 goals minimum and just keep up that level and get more adjusted to playing every week against big, strong defenders, as well as smaller, quicker defenders," he said.

"I have to get my own patterns, so I can stay as well and not just come as a newbie, play good for a couple of games and then drop off again."