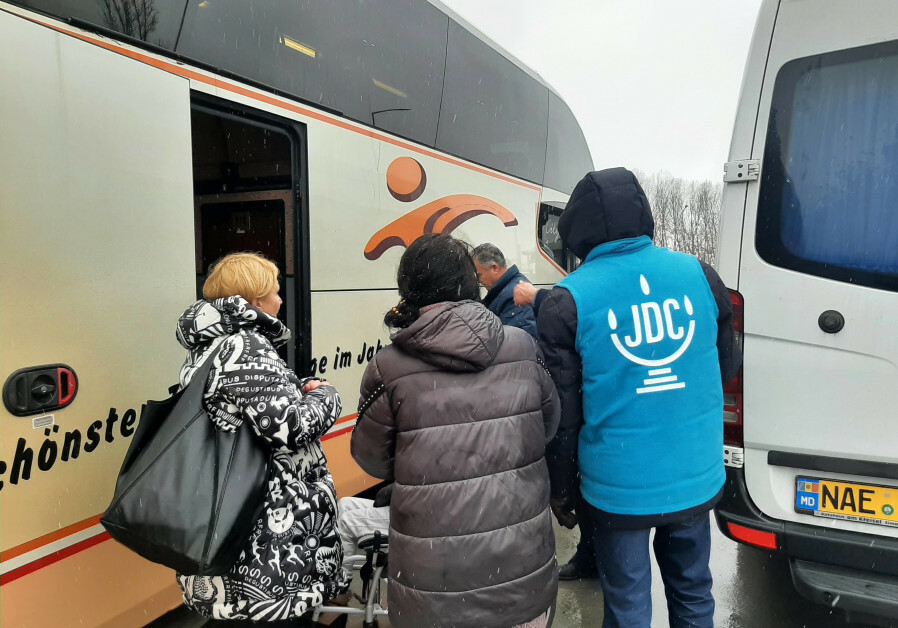 Why are Ukrainian Jews fleeing to Germany? - opinion
Many Jewish Ukrainian refugees – no one know how many, but it is certainly thousands - are choosing to come…

Russian ambassador to Israel Anatoly Viktorov left the Knesset plenum after MKs began criticizing Russia for its invasion of Ukraine.

The Jerusalem Post
One subscription that gives you access to news from hundreds of sites
Vladimir Putin sent his 'Butcher of Syria' to tame Ukraine a month ago. Has it brought Russia any closer to victory? 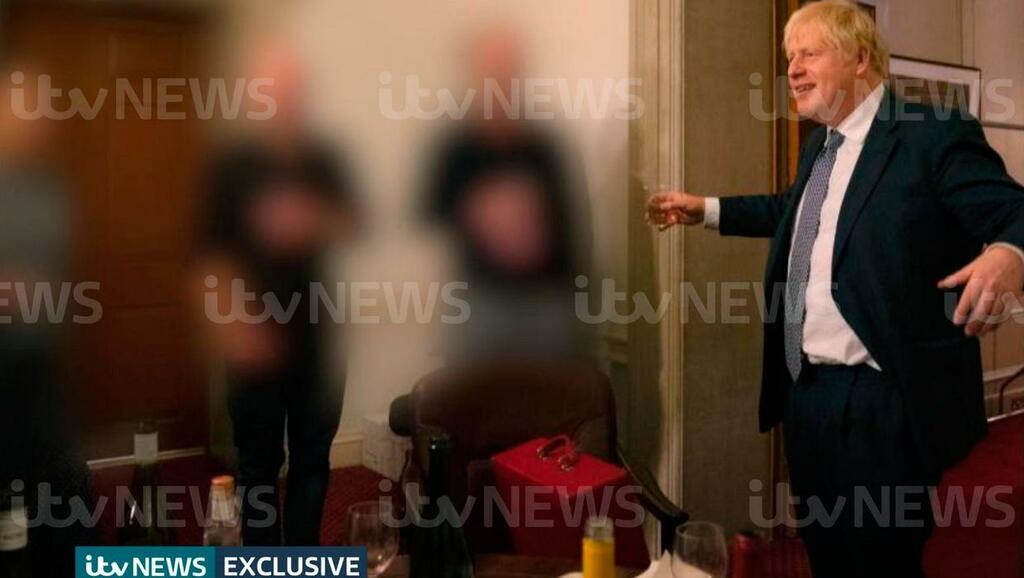 Irish Independent
Read news from The Economist, FT, Bloomberg and more, with one subscription
Learn More
Joe Biden says US recession ‘is not inevitable’ despite rampant inflation – live

The Guardian - UK
From analysis to good news, read the world’s best news in one place
‘Warmongering, lies and hatred’: Russian diplomat in Geneva resigns over Ukraine invasion

“The Jewish community in Russia as we knew it at the beginning of 2022 will never be the same,” said a senior leader of the Russian Jewish community this week, in a secret apartment in the center of Israel. “It is so fragile; literally crumbling apart.”

This leader cannot speak publicly. He literally fears for his life, since he intends to return to Russia in the future and therefore cannot speak out against the war, which he thinks is one of the most horrible acts of the 21st century.

According to recent estimates, there are 150,000 Jews in Russia’s “core Jewish population,” but more than half a million are entitled to receive Israeli citizenship according to the Law of Return.

One senior Russian Jewish leader for the past 30 years said that between 60% and 70% of the members of her community have left or intend to leave Russia.

“Those in the community who are rich, at least 95% of them, have already left Russia in the past few years since the 2014 war,” she said in a Zoom call from an unknown western European location. “Among the young Jews, more than 80% have already left. There was an exodus of people in the hi-tech field. I’ve left Russia because many figures in our community suggested that it wasn’t safe for me to stay there any longer.”

The leader thinks that we are living in historic times, and said that she wants to be on the right side of history.

“Our children and grandchildren will ask: ‘What did you do during the Russian-Ukrainian war?” she said. “Secondly, there was pressure and there is pressure from the authorities for the leaders of all Jewish communities and institutions to speak out in favor of the war and Russia’s President Vladimir Putin. We were not prepared to do that.”

Most Jewish leaders have remained silent since the war started February 24. One of those who publicly discussed the topic was Rabbi Alexander Boroda, chairman of the board of the Federation of Jewish Communities of Russia (FJCR). He spoke to the Russian news agency Interfax on March 4 and expressed “bewilderment at the fact that neo-Nazism was actively asserting itself in a country like Ukraine.”

But Rabbi Berel Lazar, one of Russia’s chief rabbis known as “Putin’s rabbi” and Russia’s most powerful Jew, has been much more careful than his No. 2, Boroda. He has only spoken out against Foreign Minister Sergey Lavrov demanding that he apologize for his comment claiming that Hitler had Jewish origins.

“Lazar is slowly preparing himself for the day after Putin,” a source in the Chabad movement said. “Lazar tries to not burn any bridges – whether with the Russian regime or Jewish figures in Russia and internationally.”

One of the senior leaders explained that the changes in Putin’s Russia did not occur overnight, but there has been a slow decline since 2014.

“It’s not that all of a sudden Russia changed,” he said. “In 2014, Putin decided to rebuild an empire at the expense of relations with the whole world. Since Russia is isolated, 95% of Russian businessmen have already left.”

The source, who left Russia a few weeks ago, whispered – even though we were the only two people in the room – that “in the past two months, Putin has closed access to all independent press outlets. He has tried to turn Russia into North Korea.”

In addition, he warned, “all of the young professionals have left Russia, there is a huge migration of hi-tech employees to other countries in enormous numbers. If you go to Dubai you will hear more Russian than in Russia,” and for the first time in the conversation he actually smiled.

A source in the Chabad movement suggested speaking to the heads of the German Jewish community since according to his understanding, “Germany is starting to talk about letting Russian refugees arrive and receive huge social and financial support – as the Ukrainians and Ukrainian Jews have been already getting. There is a huge brain drain of Russian intellectuals, and Germany could benefit a great deal if this happens.”

All of the heads of Jewish communities and organizations in Russia contacted in recent weeks agree that their country is slowly returning to the historic USSR. “It’s not a big deal to close the gates of the country," one said. “There are no flights to the West and Europe anymore, so you just need to cancel a few flights and that’s it.”

Alex, a senior leader in Russia’s religious Jewish community, explained why he fled the country, even though he hadn’t planned to do so originally.

“Members of our community told me it was dangerous for me to stay,” Alex said. “I didn’t want to leave dramatically because I have a huge responsibility toward my congregants. On the other hand, I left after people who I trust told me I needed to leave.”

The Jewish leader currently in western Europe who recently revealed that one-third of Russian olim left Israel after one month with new passports and cash said “there was tremendous fear at the beginning of the war. And now that the spirits have calmed down, all those who had not prepared themselves for immigration may have returned to Russia in order to take care of their personal issues and belongings.”

One member of Moscow’s Jewish community noted that “there are lots of Jewish families that are in a terrible financial situation. Lots of people from our community were representatives of foreign companies or banks. They woke up one morning and realized that they had nothing.”

A representative of one of Russian Jewry’s many charities said that before the war, about 800 families would regularly receive assistance with money and food, “but now we need to help at least 3,200 families.”

Even though many of the large chains and stores have closed because of the international sanctions against Russia, the Jewish stores and restaurants remain open.

“All of the Jewish institutions are open, and the Jewish schools are at maximum capacity,” said one of the community leaders, who claimed that the situation in Jewish schools in 2022 is similar to what went on in the 1990s.

“When we opened the Jewish schools, the children who were students at the beginning of the year didn’t necessarily stay till the end of the year,” she said. “And then, just like today, there is a waiting list, so when a family makes aliyah, we can offer others to join the school.”

Asked if they see themselves returning to Russia, the Jewish leaders contacted were not positive.

“I’ve invested more than 30 years of my life in our Jewish community and schools in Russia, but I can only see myself returning if there is a different president,” one said. “No matter what happens with this war, the Russian Jewish community won’t be the same community it was. It’s literally falling apart. Our community may partially survive, but it will be significantly smaller.”

Why are Ukrainian Jews fleeing to Germany? - opinion
Many Jewish Ukrainian refugees – no one know how many, but it is certainly thousands - are choosing to come…

Russian ambassador to Israel Anatoly Viktorov left the Knesset plenum after MKs began criticizing Russia for its invasion of Ukraine.

The Jerusalem Post
One subscription that gives you access to news from hundreds of sites
Vladimir Putin sent his 'Butcher of Syria' to tame Ukraine a month ago. Has it brought Russia any closer to victory?