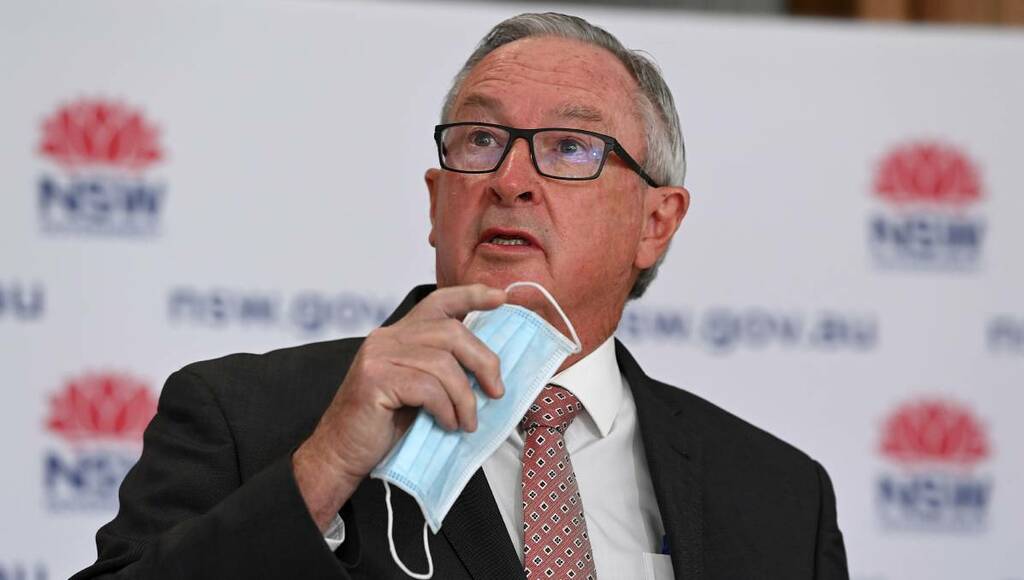 It'd be pretty hard to front up to a pack of journalists, pouncing on every pause to ram through another COVID-related question.

So it was a heroic NSW Health Minister Brad Hazzard who stepped into the breach on Saturday, the first day since Gladys Berejiklian pulled the plug on her own daily press conferences.

Despite 1599 cases in NSW, he's not too concerned about Sydneysiders flocking to the beach, saying the fresh air is the safest place to be at the moment.

That's a sentiment shared by ACT Chief Minister Andrew Barr who hopes, on the first sunny weekend since Canberrans were allowed a picnic together, there'll be less need to head to the shops.

But as parts of regional NSW open up, there's more concern for Canberra.

Nearby Yass residents woke up to their first morning out of lockdown on Saturday, but immediately received a hammer blow; the town is one of a number across NSW where COVID-19 has been detected in the sewage.

And without such strong material to riff off, Mr Barr was left to warn an outbreak in the nearby regions could have flow-on effects for the territory's hospitals.

But in another worrying turn of events, a detainee has tested positive to COVID-19 en route to Canberra's only prison.

This was a short-notice announcement, so we'll find out more tomorrow.

In the nation's north, Queensland has earned a stay of execution, as Premier Palaszczuk reveals the state has avoided lockdown for now. They're waiting to see if a Brisbane outbreak has spread beyond its original family.

If the states' blowups over COVID-19 have been divided along party lines, there was friendly fire from federal Labor.

Labor MP Anne Aly, the first Muslim woman elected to parliament, has blasted her own party for parachuting Kristina Keneally in the diverse western Sydney seat of Fowler to avoid a bitter pre-selection battle.

Keneally, who lives on an island off Sydney's exclusive northern beaches, has copped flak for bulldozing a local lawyer with Vietnamese heritage to run for the safe Labor seat.

"Diversity, equality and multiculturalism can't just be a trope that Labor pulls out and parades while wearing a sari and eating some Kung Pao chicken to make ourselves look good," Ms Aly told the ABC.

But making her first public appearance since the announcement, Keneally insists she'll "love" her new community.

"I know how to fight for communities like this. It's why I've gone into politics," she said.

For more stories you can't miss, check out the links below from around the country.

This story The Informer: Fresh air and sewerage fragments first appeared on The Canberra Times.