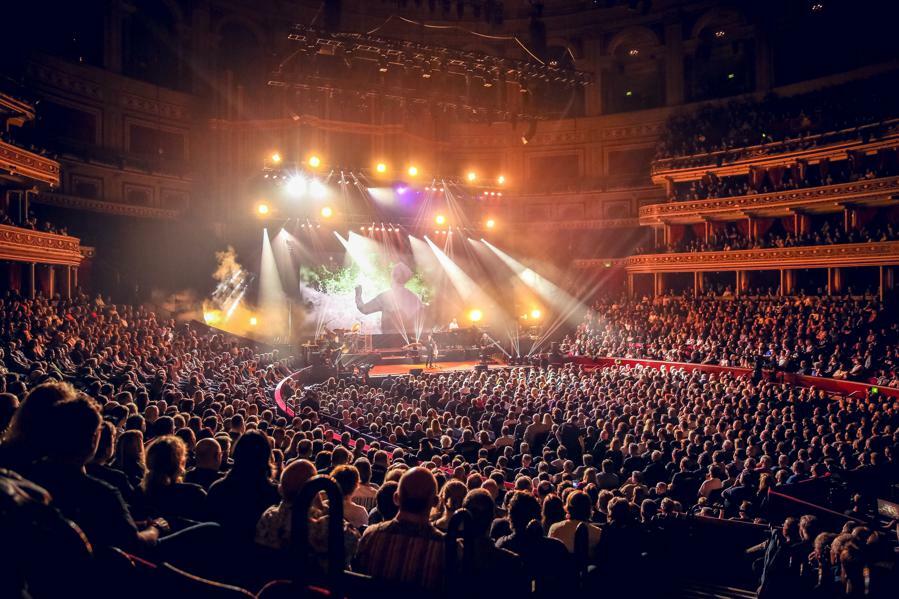 British prog rock band Marillion are pioneers in crowd-funding for music and are turning once again to their fans for assistance, this time to act as proxy insurance underwriters for their next tour.

Long before Radiohead used crowd-funding to release 2007’s In Rainbows, Marillion were breaking new ground here. In 1997, they asked fans to help put on a North American tour and then in 2001, as they were without a record label deal, they invited fans to pre-order their next album, Anoraknophobia, using the money from those advance orders to pay for the recording and manufacturing.

Live music is facing a Covid confidence crisis. No insurance companies will allow touring acts to take out a policy that will cover them for cancellations due to the pandemic. What is termed ‘communicable disease cover’ excludes coronavirus and its variants. That means acts, all of whom rely heavily on the income from live, have to take a huge gamble going on the road because if any one of the band or crew tests positive for Covid the whole operation slams to a halt and they can lose staggering sums of money.

There are some measures in place to help, but they only go so far. In the UK, for example, there is a new government-backed insurance scheme that comes with a £750 million ($1 billion) budget to cover cancellation costs if government Covid measures (what are termed UK Civil Authority restrictions) mean an event, such as a music festival, cannot legally take place. The most obvious example is if an area, or even the entire country, goes into new lockdown restrictions and public gatherings are banned.

The UK government’s Live Events Reinsurance Scheme offers a lifeline to events but not to individual touring acts. This is what is underpinning the move by Marillion here before they set off on their 10-date The Light At The End Of The Tunnel tour of the UK in November.

The band says they have already made an upfront investment of £150,000 ($204,000) in the tour and could risk losing it all – and more – if even one member of the band or their crew tests positive for Covid. “The tour would be cancelled, but the group would have to honour payments for lighting, trucks, tour buses and crew,” they say on their website. “This would be on top of not receiving any money from any remaining gigs that had not been played.”

Their solution is to set up a scheme called Lightsavers where fan donations can provide a financial buffer. “We’re asking our fans to pledge money that will be held in escrow and if it all goes Covid free it will be returned to them at the end of the tour,” explains Lucy Jordache, the band’s manager, on the blog about it. “But if we do have to cancel, then their money will be used to pay the band’s unavoidable expenses.”

All fans who donate, regardless of if the money is needed or not by the band, will receive rewards determined by the size of their financial pledge, such as having their names appear in the tour programme or being given a download of a show from the tour. There are a number of pledge tiers, ranging from £25 ($34) to £250 ($340), with the top two tiers already sold out.

The fallout of cancelled events from last year is still being felt. SXSW is now suing the Federal Insurance Company for not covering its legal fees pertaining to an ongoing class action suit. It is being pursued by attendees seeking refunds following the cancellation of last year’s event in Austin, Texas. SXSW says it took out a $1 million policy from the company in 2019 but has been told that policy does not cover refunds for attendees.

The ignominious and damaging collapse of PledgeMusic in 2019 shows how tricky and risky crowd-funding can be whereby, even if a project looks like it is fully funded, other factors can cause it to collapse, leaving fans and acts badly out of pocket.

Marillion have a strong track record in crowd-funding and an incredibly loyal audience who understand how it all works. Without a government safety net for their tour, out of necessity they have found an alternative.

But not all acts are in a position to turn to fans to help them underwrite an entire tour. The acts that arguably need it the most are left with few alternatives: not book any tours at all; book a tour and pray no one tests positive for Covid; or ask fans, in the event of a cancellation, to hold onto their tickets for a rescheduled date and not seek a refund from the ticketing company.

None of these options are ideal.

“It’s like Radiohead all over again – a great solution once you’ve built a massive fanbase but still no solution for 99% of bands and artists,” is how one independent artist puts it to me about Lightsavers. “It’s great that Marillion are highlighting the finances of it all, but the rest of us are fucked.”