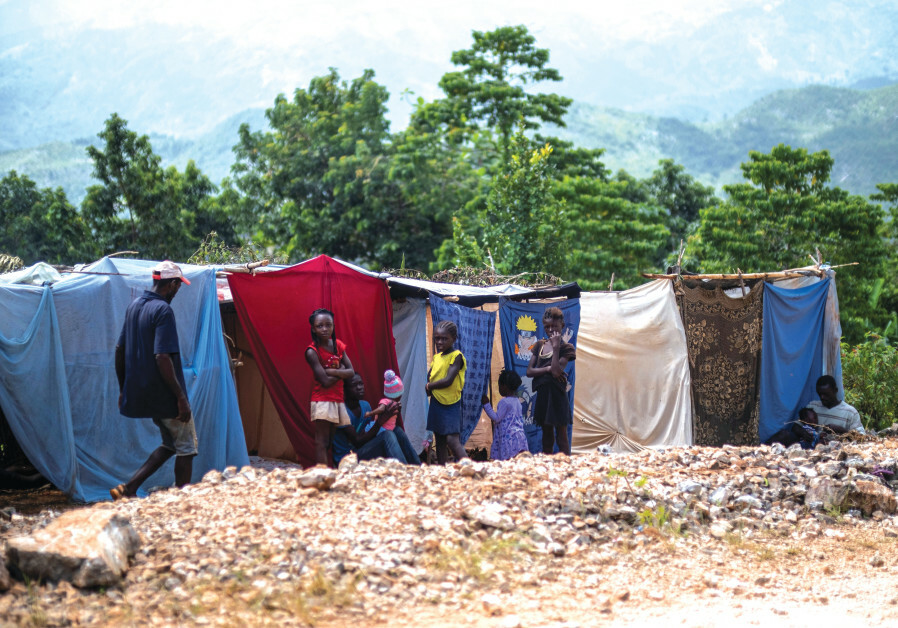 Upon reading this each year during the service, I inevitably panicked that I hadn’t repented sufficiently to avoid a surely terrible fate.

This year, however, the prayer has taken on a new significance.

As a new team member at IsraAID, a leading humanitarian aid organization, I have lately become far more deeply aware of global and local crises. Now, instead of relating the prayer to my own fate, I realize that each line speaks to a different humanitarian need.

Climate emergencies are occurring more frequently and with increasing intensity. Last month, the UN warned of ‘extreme’ and ‘unprecedented’ impacts, including flooding, wildfires, landslides and freezing; the UN Secretary-General said that climate change was ‘putting billions of people at immediate risk.’

The prayer asks who will be at rest, and who will wander. The answer to the latter is at least 82.4 million people. That’s how many refugees, asylum seekers, and Internally Displaced Persons (IDPs) there are in the world right now.

And those same people are among those I think of when I read ‘who by sword’ in juxtaposition with ‘who will live in harmony.’ Battles may no longer always be fought hand-to-hand, but conflict has driven one in every 95 people worldwide to flee their homes.

The prayer also mentions plague. Corona still endangers the health and lives of much of the world’s population, particularly in developing countries, while diseases such as cholera threaten the one in three people worldwide who cannot access safe water.

Unetaneh Tokef tells us that one way to avert these terrible fates is tzedakah – often translated as charity, but more accurately as justice.

This year, I am more conscious than ever that as humanitarians, we have a collective responsibility toward that justice. Whether we personally believe that humanity’s fate is decreed during the High Holy Days, these situations demand resilience, preparedness and risk reduction, and this prayer reminds me of the imperative upon all of us to facilitate that.

IsraAID is helping to roll out the national COVID vaccination strategy in Eswatini (formerly Swaziland) – which is leading the African continent in vaccinating its population – because nobody is truly safe from suffering by plague until we all are.

We’re ensuring protection and safeguarding for refugees, asylum seekers, and IDPs – particularly women, children, and other additionally vulnerable groups – from Colombia to South Sudan, minimizing who will be harassed and maximizing who will enjoy tranquility.

As I write, my colleagues are distributing water filters in Haiti, which was struck by a 7.2 magnitude earthquake and Tropical Storm Grace two weeks ago, to reduce the number of those who will struggle by thirst.

Often, this work can be done in the aftermath of a disaster, and in advance of the next one. For example, in 2019, Hurricane Dorian left Abaco and Grand Bahama islands entirely without safe drinking water. Two years later, IsraAID has trained local professionals and installed cutting-edge technology so that these communities are better prepared for the next potential crisis.

Many humanitarian needs are unavoidable. We cannot always prevent the next flood, cyclone, war, pandemic, or other emergencies. What we can do is mitigate their effects – afterward if necessary, and beforehand where possible.

IsraAID has been at the forefront of this work for 20 years, responding to no less than 89 emergencies and conducting long-term programs in numerous ongoing development settings since 2001, and is committed to continuing to do so.

The High Holy Days always provoke me to reflect, and truthfully, between the climate crisis, corona and global conflict, the state of the world at the moment makes me somewhat fearful. But IsraAID and our partners worldwide give me hope.

The writer is IsraAID’s development officer.