The Home Office is failing refugees. I’ve seen it from the inside 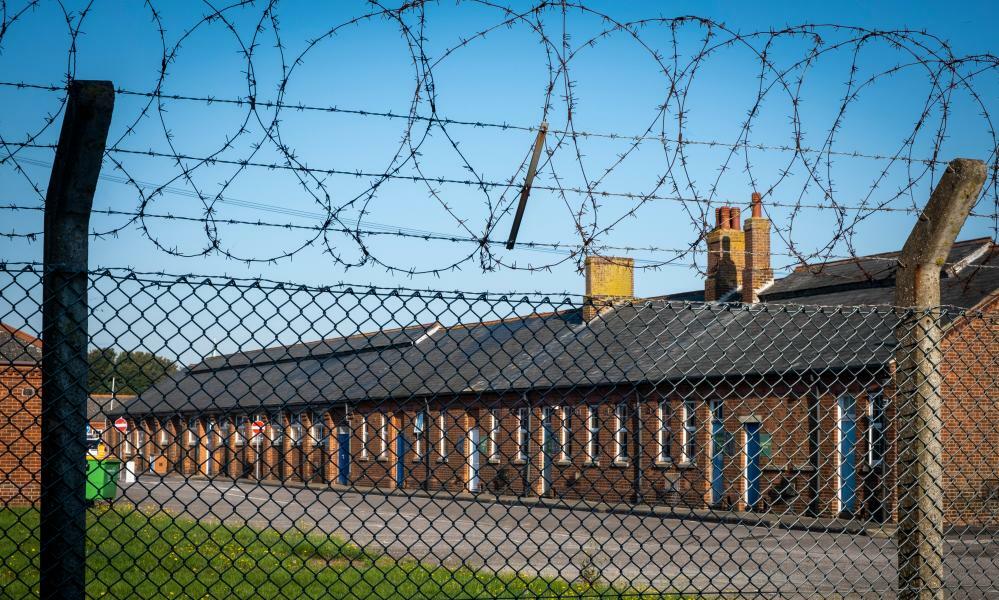 “Do you want to see it?” Before I could say, “That isn’t needed,” the man lifted his shirt, showing me an ugly scar from what he claimed was an AK-47 bullet wound. As with many asylum claimants interviewed by decision-makers at the Home Office, it was evident that something had hurt him, but it wasn’t possible to determine what had done the damage. The man sat, shaking, and told me that he was terrified to ever go back and risk facing the men who he alleged had attacked him and killed his family members. It would be necessary to assess the rest of his story to make a decision.

Evaluating the applications of asylum seekers means sifting each day through human suffering. The Home Office does this to determine whether claimants can stay in the UK or will be forced to return to their country of origin and potentially be thrown into unimaginable hardship. During my recent time as a decision-maker, my colleagues and I were subjected to unreasonable management pressures that made it increasingly difficult for staff to consistently uphold their duty of care to claimants or make correct decisions in asylum cases. This led to an exhausted and demoralised workforce – one likely to make mistakes.

While interviewing claimants, we heard about every kind of atrocity imaginable. At the decision stage, we had the task of picking through mountains of complex and arcane case law and guidance. Home Office asylum decision-makers are at the same level within the civil service as Department for Work and Pensions officers with the job of sanctioning universal credit claimants. They require no formal legal education beyond training received on the job. In our first few weeks, our trainers told us matter-of-factly, we would be expected to produce more refusals than grants: one of the criteria on which managers would judge our success.

Compounding these challenges were internal targets incentivising staff to produce ever higher volumes of decisions, leading to decision-makers sacrificing quality and failing to protect vulnerable clients. Our regular target was between four and five “events” a week; an event could be an interview, or an approval or refusal letter. Management pushed us to exceed those targets. One such example was a message telling staff – who were working overtime to get through the enormous backlog of cases – that they would be expected to produce at least a whole decision letter by the end of the day.

In the case of refusals, decisions often ran upwards of 5,000 words. Asking people to put together what amounts to a detailed legal argument combined with a biography, often involving contextualising and referencing dozens of sources, while paying attention to the client’s other needs in a single working day is asking for trouble.

Often colleagues simply discarded tricky cases: if a decision-maker was overloaded already, they would put their surplus case files back into the case hold (known as the “pile”). This sometimes occurred when colleagues were not confident in the quality of their interviews, where the “material facts” – the key details of the claimant’s account – had not been correctly questioned. Another officer would eventually be assigned, but in the meantime the claimant would be left in limbo. Safeguarding forms, intended to ensure that risks to clients and their dependents – such as suicidal thinking or other mental or physical health problems – are identified and addressed, were sometimes left without being updated.

The lack of accountability meant that decision letters could be sent to claimants containing severe mistakes, including clear factual errors. I saw letters with obviously pasted-in case law specific to entirely different countries than the claimant’s. I read incorrect references or just plain wrong arguments justifying refusals, such as citations of outdated policy documents. I can only imagine the anger and confusion felt by claimants and families, finding out that a decision that determined their future, and had been signed “on behalf of the home secretary” could contain such inaccuracies. These failures go some way towards explaining the Home Office’s abysmal record at defending its own decisions: its success rate is barely 40%.

Covid brought further stresses. When managers introduced online asylum interviews, colleagues complained they could not hear claimants clearly; this remained unresolved for weeks. The piles of folders, each representing a claimant, needed to be scanned and digitised to enable homeworking. Hundreds of case files were mislabelled or couldn’t be opened; correcting clerical mistakes could take days. The breaks in work on cases, both before and during Covid, combined with claims being passed between decision-makers with incomplete casework, created the conditions for safeguarding failures.

The current indifference to suffering demonstrated by the Home Office is, I believe, a direct symptom of both monstrously negligent failures of ministerial leadership and a lack of concern from society at large. Our office intranet was plastered with departmental propaganda featuring our minister, Priti Patel, grinning next to Home Office employees, supposedly enacting the “People’s Priorities” – priorities that apparently did not include access to adequate housing, or addressing the internment camp conditions at the Napier and Penally barracks, or responding adequately to the rash of suicides among asylum seekers.

The Home Office says: “We absolutely reject the suggestion that we are failing to protect vulnerable asylum seekers. All asylum cases are assessed on a case by case basis – high standards are incredibly important and all new decision makers have 100% of their decisions checked until they are deemed fully effective – and we continue to randomly sample a percentage of all decisions to ensure standards are maintained.” It also says that all asylum decision-makers receive safeguarding training, and that safeguarding concerns are assessed appropriately.

But from what I’ve seen, the asylum system needs profound reform, ensuring a consistent and fair service where the safety of asylum seekers is seen as a paramount moral obligation. This requires considerable extra investment.

A good start would be more decision-making staff, improved training, a different system of targets and, above all, a thoroughly enforced system of accountability. Tragically, I see no chance of these real priorities being followed through by the current government, which is more interested in pandering to anti-refugee hostility than providing people with the service they need.