The history of the Monkeypox – 11 things you need to know

In 1970, doctors in the Democratic Republic of Congo came across a patient who sparked in them something close to existential dread. A nine-year-old boy in a remote village had developed a terrible rash.

The skin lesions covering his body resembled a disease that was supposed to be wiped out – an ancient killer that had toppled Empires, decimated civilisations and killed some 300 million people in the 20th century alone: smallpox.

The virus was supposed to have been eliminated in the DRC. But scientists feared this case, in an unvaccinated child, had fallen through the cracks.

“All of a sudden, when smallpox had disappeared, there was this infection that looked like the virus,” said Prof David Heymann, a professor of epidemiology at London School of Tropical Medicine and Hygiene, part of a team which tracked pox viruses in the region.

Testing later revealed the child was suffering from monkeypox – a close relative of smallpox, part of the orthopoxvirus family (which also includes cowpox and racoonpox).

It had first been identified 12 years prior, when two outbreaks occurred in colonies of monkeys kept for research but this was the first known human case.

Now, monkeypox is spreading across Europe, including 71 cases in the UK. Experts argue that the rise of the virus is linked to declining protection against its far deadlier cousin, smallpox.

Here’s a look at the long history of that disease, and why the two are inextricably linked.

While the first clinical descriptions of smallpox were recorded in medical writings from China as early as 1122 BC, evidence of the first fatality comes from Egypt – via the mummified remains of Pharaoh Ramesses V, who died aged 40 in 1157 BC.

“On examining the front of the mummy from the waist up, we saw a rash of yellowish blisters or pustules, each of between one to five mm in diameter,” Dr Donald R Hopkins, who helped lead smallpox eradication efforts, wrote in 1980 after visiting the mummy in Cairo Museum.

“The rash is quite striking and is remarkably similar to smallpox… and after seeing at first hand the rash on this remarkable mummy, I am almost as convinced that he did indeed have smallpox as if I had actually seen a 3,000-year-old poxvirus,” Dr Hopkins said.

The pathogen arrived in the Roman Empire around 165 AD and triggered a pandemic, known as the Antonine Plague, that ravaged the region – killing as many as seven million people in what is thought to be the first major smallpox outbreak.

“The Antonine Plague was a lethal phenomenon of unknown magnitude,” Patrick Berche wrote in an article published in the Quarterly Medical Review in March. “It killed an entire generation, especially children and young adults. In Rome, it was contracted by at least 300,000 inhabitants, half of whom died.”

Medical historians argue that the economic and social devastation wrought by the Antonine plague and others helped cause the Empire to falter, seeding the roots of its demise.

“It marks a point of rupture in Roman history,” said Kyle Harper, author of Plagues and the Fall of the Roman Empire. “Ancient historians have increasingly identified the pandemic itself as a kind of turning point.”

It wiped out the Aztecs

Christopher Columbus was not alone when he arrived in America in 1492. Alongside early settlers came smallpox – which triggered an “unplanned genocide”.

Before 1492, it is estimated that the native American population stood at around 54m. But the deadly virus, alongside other epidemics, slavery and massacres, wrought havoc across a population without immunity.

Mexico’s Aztec population, for example, dropped from about 17.2m at the end of the 15th century to one million a century later – and just 600,000 by 1800 – as an epidemic which locals named “cocoliztli” (or pestilence) ripped through the region.

The virus helped Spanish expedition leader Hernan Cortés conquer the Aztec capital, a densely populated city called Tenochtitlan, with just 600 troops, within two years of his arrival in the Americas.

“As the Indians did not know the remedy of the disease, they died in heaps, like bed bugs,” a  Franciscan monk who was on the expedition wrote. “In many places it happened that everyone in a house died, and as it was impossible to bury the great number of dead, they pulled down the houses over them, so that their homes became their tombs.”

Smallpox was also exploited during war between England and France in America in the 18th century.

In 1757, the English governor of Fort William-Henry, in New York, surrendered. Indians allied with the French dug up the corpses of Englishmen who had died of smallpox and scalped them. In doing so, they contaminated themselves with the deadly pathogen.

Soon after, the disease arrived in Quebec City and the surrounding area. In the spring of 1763, during the siege of Fort Pitt by the Ohio Indian tribes, a Swiss mercenary officer sent two blankets and one handkerchief used by smallpox patients to the Delaware Indians.

By mid-July, the besiegers were decimated by the disease and the fort remained in English hands, turning the tide of the conflict.

Doctors once recommended 12 bottles of beer to treat the virus

Before vaccines, smallpox was treated by traditional healers. Some prayed to the smallpox gods and goddesses. While other patients were isolated.

Dr Sydenham, who lived between 1624 and 1689, treated his patients by leaving the windows permanently open, drawing the bedclothes no higher than the patient’s waist, and administering “twelve bottles of small beer every twenty-four hours”.

Traditional medical practitioners in China, India, Egypt and Ethiopia collected the pus or crusts of the afflicted and inserted these into the noses or skin of healthy persons seeking protection.

Variolation, as it was known, did come with a risk of death. But in a world rife with the disease, the odds made it worthwhile; only about 0.5-2 per cent of people died after variolation (much lower than the normal death rate of 30-50 per cent).

Edward Jenner inoculated his young son to test a vaccine

Dr Edward Jenner from Gloucester, England, is known as the father of smallpox vaccination. Working in a town surrounded by dairy farms, he noticed that milkmaids almost never caught smallpox. They did, however, catch the milder cowpox.

Fearing the raging smallpox epidemic, he inoculated his son Edward and two young maids with the benign cowpox disease. A few months later, he exposed them to human smallpox – what we would now call a “challenge trial”. The risk paid off; they had developed immunity and a vaccine soon followed; by 1807, 165,000 were vaccinated in England.

A century later, a photograph of two schoolboys sat side by side in Leicester (see above) demonstrated the power of smallpox vaccination. One was riddled with smallpox lesions. The other, who had been immunised, showed no signs of an infection.

The vaccines were met with resistance, and tens of thousands of Britons marched against the smallpox vaccine in the late 19th century.

They brandished banners reading: “Repeal the Vaccination Acts, the curse of our nation” and burned copies of the vaccine law in the street. Some of the protesters were arrested, fined and sent to jail after a succession of laws made vaccinations free, then compulsory.

“[Protesters] came from a variety of angles – sanitary, religious, scientific and political,” Dr Kristin Hussey, a medical historian, told the BBC. “Some felt the method – using material from cows – was unhealthy or unchristian, using matter from lower creatures.

“Some disputed smallpox was passed from person to person, but many simply objected to being told what was good for them… while riots flared in some towns, there was also more restrained opposition in the form of anti-vaccination leagues,” she said.

Smallpox is the only disease humanity has wiped out

In 1959, the World Health Organization unveiled an ambitious plan to wipe out smallpox – a feat deemed possible because there is no animal reservoir for the disease. One it was eradicated in humans, it would not reinfect us.

The campaign initially faltered due to a lack of funds, medics and vaccines. While the disease disappeared from North America in 1952 and Europe in 1953, it continued to trigger regular outbreaks across South America, Africa and Asia.

The world, however, doubled down on efforts to eliminate the age old killed in 1967 – and a decade later, after hundreds of millions of vaccines were distributed across the globe – the world hit its target. The accomplishment, the WHO said at the time, was “nothing short of a public health miracle”.

In the 20th century alone, it has been estimated that roughly 300 million people died from smallpox. The last to die was Janet Parker, a medical photographer at England’s Birmingham University Medical School.

Parker was working one floor above a department where smallpox research was conducted. She became ill on August 11 and was diagnosed with smallpox until nine days later. She died exactly a month later on September 11, 1978.

Her passing triggered another related death. Prof Henry Bedson headed the smallpox laboratory in Birmingham and, the day after the virus claimed Janet’s life, he went to his shed and killed himself.

Now it only exists in two high security labs

Only two high security labs – one in Moscow, one in Atlanta – now retain samples of smallpox for future research, despite calls from the WHO to destroy all traces of the virus.

The nightmare is these samples one day either escape in a lab accident, or are used to create a deadly bio weapon.

The rise of monkeypox

Now, roughly five decades since smallpox was eradicated across the globe and vaccination campaigns ceased, some experts believe the rise in monkeypox is linked to waning immunity from smallpox

Fewer than one in three people are now protected against smallpox, and by association, monkeypox, as Britain's vaccination programmes were stopped in 1971.

Where does it go from here?

Self-limiting outbreaks of monkeypox occur regularly in west and central Africa. But with more than 300 cases now reported across the globe, the latest outbreak has left scientists scrambling to respond.

The WHO says the disease remains “containable”, and governments have launched ring vaccination campaigns using the smallpox vaccine – which is 85 per cent effective against monkeypox – to curb transmission.

But there are fears that the virus could become entrenched in Europe if the current outbreak jumps from humans to pets to wildlife – where it is difficult to track.

“This cat is already out of the bag,” Prof Bill Hanage, an epidemiology professor at Harvard University, said last week. “All that remains is to see what sort of cat it is – a tabby or a tiger?” 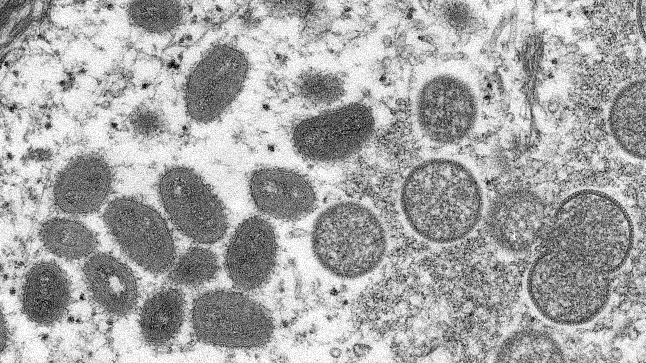 Key Facts About Monkeypox: What You Need To Know
With 47 confirmed cases of the virus across six states, human-to-human transmission is a growing concern.

Experts say the DRC’s outbreak, where ‘hundreds have probably been killed’, demonstrates the global threat posed by the illness