'The height of cheekiness': divide in street over cones to stop parking 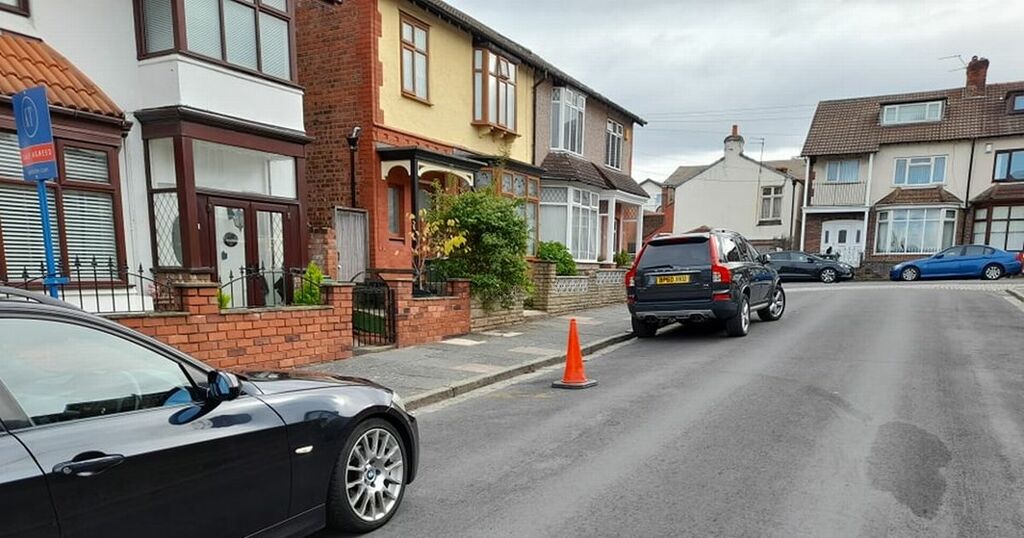 ECHO readers are divided over people putting cones outside their houses to stop others parking after a Wirral man said he was fed up of the "cheeky" and "illegal" practice.

According to the Highway Code, people are not allowed to use parking cones or wheelie bins to reserve a parking space outside their property.

Unless your street is governed by residents' parking permits, any member of the public can park in your street, as long as they are complying with restrictions, and not causing obstructions.

However, Wallasey resident Cameron Disley said he has noticed an increasing number of residents in New Brighton were putting cones outside their houses in recent months.

Posting in a local Facebook group, Cameron said: "Is it just me who parks and removes residents' cones in the roads off Wellington Road, to receive attempted intimidating looks??

"Car fully taxed I'm afraid. When you buy a house you don't buy rights to park outside .... sorry."

Speaking to the ECHO, Cameron said it's "not a one off for a delivery or access for disabled people, it's every day.

"It's the height of cheekiness"

ECHO readers took to social media and the comments section of the Liverpool ECHO website to give their views on the practice.

Many people said he was right to move the cones as residents had no specific rights to park outside their homes.

Sarah Flynn said: "Just move them I would" and Claire Ryder said: "If anyone has cones on a road and I need to park I will move them."

Louise Roberts said: "I'd move them as well, no one owns the Rd, no parking restriction, have Rd tax, park there THE END."

Keith Jackson said: "I would move them all day long its illegal and wrong.

"A legal place to park, what's up with some people, these same idiots when they drive I bet they park outside houses and don't give it a second thought."

Others said they have faced similar issues in their neighbourhoods.

Saima Ashiq said: "A guy in my street does this. He doesn't work and when he goes out he puts a cone outside his house. Weird people."

Sarah Webb said: "My neighbour puts cones out and he also tells people that his boundary goes into middle of the road, so he's entitled to park outside his house and no one else is."

Tracy Halpin added: "If it is a regular occurrence just to save their parking spot then get out of your car and move them it's that simple that's what my daughter used to do everyday until she moved."

Suzi Swalloswki said: "I remember several years ago in Anfield on a matchday people would put all sorts of things out in the road to reserve their parking spaces on the side of Priory Road that wasn't then in the residents parking zone.

"Cones, chairs, small tables and even step ladders, this was mid 90s before anyone had smart phones to video things or CCTV.

"A disgruntled motorist in a big square land-rover went up and down nearly every street & ran over virtually every obstruction, it caused carnage, broken chairs, smashed cones and bent and twisted ladders everywhere."

Many agreed cordoning off a personal parking space was a "cheeky" move.

Lee J Hughes said: "Imagine being so entitled that you think you own the public highway so much so that you'll prohibit freedom of movement of an other."

Toni Bayley said: "I would move cones if no other parking there. Love a good argument with residents who think they own the road. Absolute losers who shove cones and bins outside their house."

Some were sympathetic to the plight of residents in streets without enough space for cars.

Peter Williams said: "I’m with the residents putting cones out.

"I’m sick to death of people taking my spot outside my home. I’ll be doing something similar.

"I’ve already warned a repeat offender. The council need to protect spaces for residences. We do pay council tax after all."

Others say the problem "will never go away" while increasing numbers of people have more than one car per household in streets "not built for vehicles."

One said they fear the problem in New Brighton will get worse when parking charges are introduced by Wirral Council.

Bernie Cooke said: "And new parking charges are going to make it harder for residents to park in New Brighton" with some suggesting the solution was a residents permit scheme in more locations.

Several people spotted it was similar to a situation in a well-known Liverpool sitcom.

Maria McBride said: "Like a scene from bread!" while Roo Holman said: "Do the Boswells live here now?"