By Iain Brennan, Professor of Criminology, University of Hull

The government has lifted restrictions on stop and search powers in an effort to combat knife crime. This approach focuses on people who are already carrying weapons. My research, published late last year, can help explain what happens in young people’s lives before they start carrying a weapon – important information if we are to stop young people becoming involved in knife crime.

Reflecting on his childhood in Baltimore, US writer Ta-Nehisi Coates said that “when you live around violence, there is no opting out”. As a violence researcher, I spend much of my day thinking about why people become involved in violence and, in particular, why someone might carry a weapon. Coates’s words, as relevant to England today as they are to 1980s Baltimore, are never far from my mind. They eloquently remind us that while violence and weapon-carrying may be individual decisions, these choices are not made in a vacuum.

Although weapon-carrying is rare – around 4% of young people in England and Wales carry a weapon once or more in a year – they contribute a great deal to the overall harm caused by violence. While around 15% of all violent incidents involve a weapon, more than half of all homicides do. Even when violence is not fatal, the harm weapons cause can have a significant emotional and psychological impact on the victim.

A study from 2019 showed that a history of violence, low trust in the police, drug use and criminal peers are common in young weapon carriers. However, because that study used data collected at a single point in time, it could not tell us what came first. For example, did violence lead to weapon-carrying? Or did carrying a weapon make them more likely to be violent? Similar questions about drug use, trust in the police and having friends in trouble with the police were also left unanswered.

The UK government’s Offending, Crime and Justice survey was a survey of around 4,000 young people (ten to 25 years old) that asked about their experience of crime and the police at two points in time, about a year apart. The survey was conducted between 2003 and 2006, but remarkably, it is still the best data to understand the paths to knife crime for young people in England and Wales. Using it, we can now better understand the order of these experiences.

Because the researchers spoke to the same people twice, I was able to identify the people who started to carry a weapon sometime between the first and second surveys. I examined what these respondents said about their lives in the first year of the survey and compared their experiences and attitudes with those of young people who did not carry a weapon at all.

The first and most compelling finding was that for every violent incident a young person was involved in in the first year, the chance that they would carry a weapon the following year increased by about 6%. This was not just violence as a perpetrator, but also as a victim.

My research also found that, in the year before carrying a weapon, weapon-carriers were no more or less worried about being a victim than anyone else. This does not mean people involved in violence are not concerned about victimisation – they have repeatedly said they are – but it does suggest that this concern is not a direct cause of their weapon-carrying over a significant length of time. Maybe this is not surprising: the lives of young people can change quickly and a year between surveys may be too long to pick this up.

Whether or not someone carried a weapon was strongly connected to their peers. Having friends in trouble with the police was rare – 20% of people in the survey had a few such friends and only 1% had a lot – the more of their friends who were in trouble, the more likely that person was to carry a weapon in the following year.

There are many possible explanations for this. In adolescence, young people seem to value the opinions of their peers over anyone else. Their decisions about risky behaviour are unduly influenced by peers, as opposed to parents or other authority figures. Research from the US shows that when one friend in a group begins carrying a weapon, the likelihood that other members of the group will start carrying a weapon rises dramatically.

Although we talk about “knife crime” as some distinct form of violence that has its own solutions, the truth is that weapon-carrying is the continuation of a long path paved with violence. For young people who live around violence, the decisions faced are often brutal and deeply unfair – and as Coates reminds us, there is no opting out. However, by identifying and tackling the early indicators, we can make violence preventable. 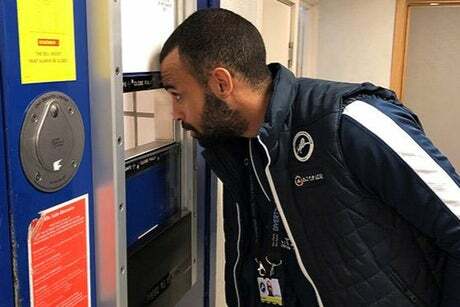 Volunteer officers will be allowed to use electroshock weapons, as part of flurry of crime initiatives in England and Wales