The Good, Bad And Ugly From The Green Bay Packers’ Loss To The Detroit Lions 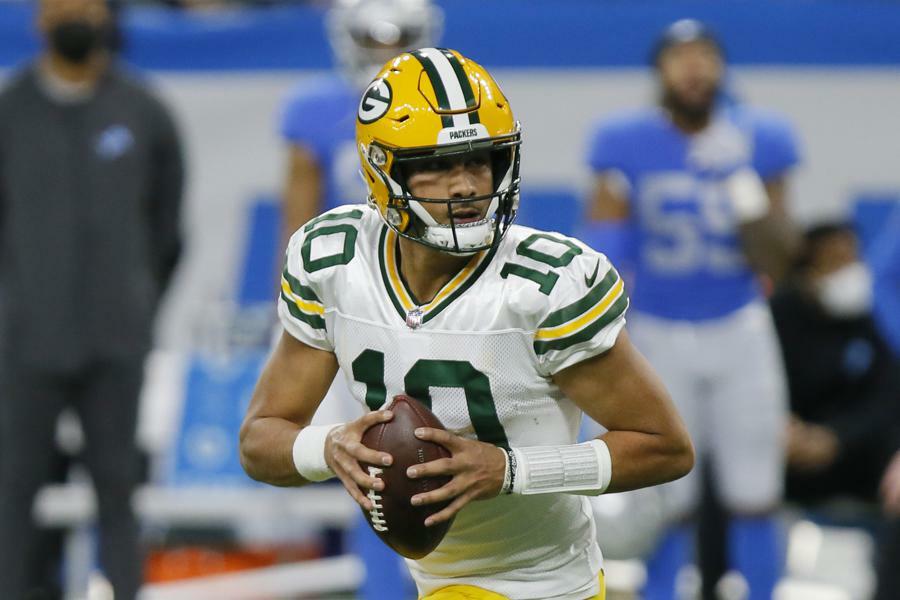 Many called it a meaningless game.

The Green Bay Packers didn’t play that way. And Detroit certainly didn’t approach it, as such.

The Lions defeated the Packers, 37-30, in the regular season finale at Ford Field Sunday.

The Packers will now enjoy their bye week, while the Lions will start getting ready for 2022.

“I think our team has done a great job of, in previous losses, of bouncing back from them and that’s what I expect from our guys. We’ll lick our wounds from this one and move forward.”

Here’s the good, bad and ugly from Green Bay’s win:

DAVANTE ADAMS: Green Bay’s Pro Bowl wide receiver set the new team record for receiving yards in a season (1,553). That broke the old mark of 1,519 set by Jordy Nelson in 2014.

Adams finished with six catches for 55 yards in one half of work.

“He just paid his dues and became a star and became a superstar and became a generational star,” Packers quarterback Aaron Rodgers said of Adams. “And as he’s ascended to each level, the leadership has accompanied that. And as a fellow leader that’s what you love to see.

“Love to see guys willing to speak up at the right time, take control of their room, hold people accountable, hold themselves to an incredibly high standard every single day at practice. He deserves it and that’s what I told him at halftime is he really deserves this because of the way he conducts himself, the way he plays. Incredible talent and drive and I’m just so fortunate to be a part of it.”

ALLEN LAZARD: Green Bay’s No. 2 wide receiver has played extremely well in recent weeks, and Sunday was no different.

Lazard had five catches for 75 yards and a pair of touchdowns. In the last five games, Lazard has 21 receptions for 290 yards and five touchdowns.

“Feel good. Feel good,” Lazard said. “I feel like I’m in a really good mental space, physically as well. Just having a good intuition when it comes to playing the game, just playing the game, feeling it out, knowing what Aaron’s thinking.

“I’ve really been honing in on my notes, on the film and the details and the routes. I’ve just been working on that chemistry and connection with Aaron. It’s obviously been working out very well.”

On Sunday, though, the Packers opened the game with a 13-play, 74-yard touchdown drive. Rodgers capped the march with a 1-yard TD pass to Allen Lazard.

Bakhtiari, arguably the best left tackle in the NFL, tore his ACL on Dec. 31, 2020 and this was his first appearance of the 2021 season. Myers started the first six games of the year, but suffered a knee injury and hadn’t played since.

With those two back, Lucas Patrick moved from center to right guard. Yosh Nijman and Royce Newman — who has been starting at left tackle and right guard, respectively — went to the bench.

“Long, long journey,” Bakhtiari said. “I was expecting to be back earlier than I wanted to. It was tough. Definitely wore mentally on me (more) than anything, but I was fortunate, so happy just to see the other side, be out there with the guys and play, by any means. So I was really just pumped to be out there today. Just meant a lot.”

THIS AND THAT: First-year running back Patrick Taylor scored his first career rushing touchdown, a 1-yard run early in the fourth quarter. … Quarterback Aaron Rodgers threw a pair of touchdowns and finished the regular season with 37 touchdown passes and four interceptions.

DEFENSE: Green Bay’s defense struggled immensely in the first half when its starters were on the field. The Lions scored on three of their four first half possessions and led, 17-13, at the break.

Detroit ran a trick play in which wide receiver Tom Kennedy threw a 75-yard touchdown pass to Kalif Raymond. Rookie wide receiver Amon-Ra St. Brown also ate up Green Bay’s secondary with five receptions for 65 yards and a touchdown in the first half.

The Lions ran a second half flea flicker, and quarterback Jared Goff found Brock Wright for a 36-yard score. And after Green Bay took a 30-27 lead late in the game, the Packers’ defense allowed Detroit to march 75 yards in just six plays for the game-winning score.

“Defense, football in general, comes down to discipline, and people owning their roles,” Packers coach Matt LaFleur said. “And when you aren’t disciplined or you go outside the scheme, bad stuff happens. We cannot have that. We need all 11 doing their damn job. And if they don’t, stuff like that happens.”

JORDAN LOVE: Green Bay’s second-year quarterback was poised, accurate and in control most of the way. But with the game on the line, Love threw interceptions on the Packers’ final two possessions.

Love played the entire second half and led Green Bay to three scores — including a pair of fourth quarter touchdowns. Love finished the game 10-of-17 for 134 yards, and his 62-yard touchdown pass to tight end Josiah Deguara gave the Packers a 30-27 lead with just less than 5 minutes left.

But Love threw a pair of interceptions in the final two minutes while trying to rally the Packers to a win.

THIS AND THAT: Wide receiver Juwann Winfree lost a fumble on Green Bay’s first possession of the third quarter. … Mason Crosby missed an extra point. … Tight end Tyler Davis dropped what would have been a touchdown pass from Jordan Love. … Wide receiver Marquez Valdes-Scantling left the game with a back injury.

REPEAT HISTORY? With the postseason here, Green Bay’s defense is trending in the wrong direction.

The Packers allowed 27.3 points per game in their last seven outings. Five of those foes scored 27 points, or more.

In the Packers’ first 10 games, they allowed 18.0 points per contest.

Green Bay’s suspect defense — and disappointing play from quarterback Aaron Rodgers — are the two biggest reasons the Packers have folded in the playoffs in recent years. Could 2021 be more of the same?

“As a full team, of course, I’m happy with our team’s success,” Packers defensive coordinator Joe Barry said. “As long as we’re winning games and finding ways to win games and doing our part, that’s really all I care about.”

Packer Nation has to be extremely nervous if the defense can do its part this postseason.