The global elites are headed to Scotland for COP26 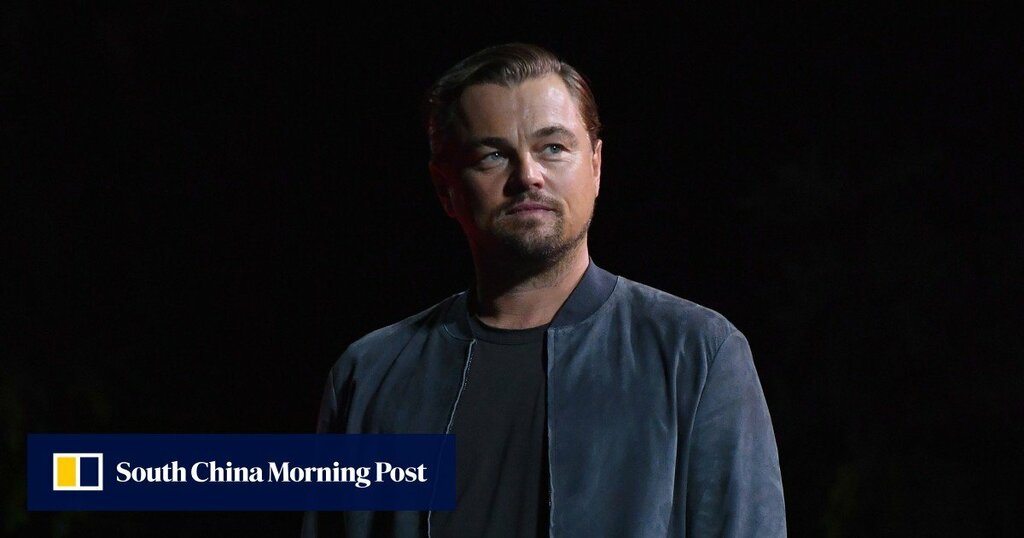 This story is published in a content partnership with POLITICO. It was originally reported by Ryan Heath and Karl Mathiesen on politico.com on October 13, 2021.

Scotland’s largest city – famous for deep fried Mars bars, club nights and sectarian soccer rivalry – is about to attract a network of global elites more comfortable gathering over champagne in Davos for the World Economic Forum.

Corporations, celebrities, royals and religious leaders will be jetting into Glasgow on October 31 for two weeks of the world’s biggest climate gathering, known as COP26.

With less than three weeks until the biggest climate event since Paris 2015, conference organisers have failed to squeeze new pledges out of heavy polluters, including China, India and Australia, but they have told POLITICO they've been swamped with inquiries from the rich and powerful, the famous and famous-adjacent.

Call it climate FOMO, or fear of missing out. “It has reached a critical mass moment,” said a British official not authorised to speak to media.

For the world’s multinational corporations, COP26 is both a time for action, and a branding opportunity. One grouping called “Glasgow is our Business”, includes top executives from Amazon, McDonald's, Mars, Starbucks, LinkedIn, Microsoft and United Airlines, and has begun issuing statements such as “the future is watching”.

Davos-style ad campaigns touting corporate green credentials are also set to roll out in coming weeks. A new United Airlines advertising campaign, which refers to its customers as “Sky Huggers” – based on the airline’s claim that it uses “more sustainable aviation fuel than any other airline” – is already appearing in airports.

But there's a problem: space for those actually travelling to COP26 is limited, especially given Covid-19 restrictions. There are few private meeting rooms at the Scottish Event Campus venue, meaning badges offering access to politicians and diplomats are precious and rare.

The strategy of COP26 organisers is to direct most of the VIP interest into public programming, but that isn’t going down well with some executives. Jamie Dimon, CEO of JPMorgan Chase, who has met twice with UK Prime Minister Boris Johnson in recent weeks, is yet to commit to attending. JPMorgan, which is one of the world’s biggest fossil fuel financiers and also signatory to a new net zero banking alliance, declined a POLITICO request for comment.

“Right now, we've got senior executives not knowing if they can travel to Glasgow, or if they should, because they don't know if they'll get a … pass,” said Michael Liebreich, a clean energy expert who is trying to smooth the way for executives by hosting VIP events outside the official conference venue.

Keeping the most famous climate faces out of the diplomatic “blue zone” of the conference brings its own challenges.

“The true nightmare scenario for organisers is the security of Greta Thunberg,” the Swedish climate activist, said a Spanish official involved in organising the previous COP conference, COP25, which took place in Madrid in 2019. “Everywhere she went, she was followed by hundreds of people. We tried to get her people to agree to an itinerary so we could protect her. They refused.” Thunberg’s team did not immediately reply to a request for comment.

In addition to the official COP “blue zone” (for diplomats) and “green zone” (for civil society and corporations), an informal platinum zone is developing around the conference, catering to the Davos set that isn’t tempted by the pubs and kebab shops within walking distance of the venue.

Liebreich and others have built a sideshow to the UN talks that, in their minds at least, is more important than what will happen inside the walls of the conference centre.

Stately homes, dotted throughout the Scottish countryside, are suddenly booked out, including the 800-year-old Craufurdland Castle estate. Property managers for several estates declined to say who had rented the properties during COP26.

One castle on the Glasgow outskirts has been rented by a consortium of the National Grid, the utility Octopus energy, the US Atlantic Council think tank and Liebreich for a two-week programme of discussions and dinners – many of which will have a paying sponsor. Liebreich, who wouldn’t reveal the location for fear of drawing the attention of activists, said it was “a perfectly nice venue for very serious people to get together”.

Liebreich’s gathering might be small, but the ambition is big. He said his is aiming for “sort of Bretton Woods for Glasgow, but on a teeny, teeny scale with 40 people”.

The team of COP26 President Alok Sharma, the UK minister in charge of the talks, have been inundated with invites to private dinners and receptions, but are turning them down so that he can focus on the diplomatic negotiations.

The team behind “Davos House” – the most exclusive after-hours social venue at the WEF – will be running a COP26 “Goal House” at a former steel plant , designed by Henry Royce, of Rolls-Royce fame. Organisers told POLITICO they plan panel discussions alongside an “exclusive club space” that includes bilateral meeting rooms for CEOs and celebrities who can’t snag them inside the official venue.

The World Economic Forum, the organisation that takes over Davos each January, is also descending on Glasgow. “We are launching our big First Movers Coalition with Secretary John Kerry. We have a full schedule of discussions and meetings co-designed with our partners and will be streaming to our website as well,” said WEF spokesperson Madeleine Hillyer.

Green groups have complained that UK government logistical briefings were too focused on details like where private jets will land, rather than how delegates from Pacific islands would actually get to Glasgow amid travel difficulties and extended quarantines. The COP26 unit, which is paying for quarantine stays and ran a vaccination programme for delegates, disputes this.

But if you haven’t already booked your Glasgow accommodation: good luck.

Up to 30,000 people are expected to descend on the Glasgow metro area, though the city has fewer than 12,000 hotel rooms , and only around 2,335 short-term rental properties, according to Airdna, an accommodation data provider. That’s driving Davos-style prices for rooms.

One of the few three-bedroom town houses still on offer in central Glasgow will set you back US$31,639 for the 13 nights of COP26. A room at the three-star Merchant City Inn is available for US$14,360. The cheapest options POLITICO found: a twin bunk bed in a six-bed female dorm room with shared bathroom at Tartan Lodge: US$300 a night .

The excitement around COP26 reflects more than the global elite wanting to gather again. It’s a sign that climate change has moved beyond the international body – the United Nations Framework Convention on Climate Change – that was solely created to defeat it.

The UN climate convention has met almost annually since 1995 and struck its crowning deal in 2015 with the Paris Agreement. Since then, negotiators have continued to meet and fight over arcane rules, while other actors including city administrations and large companies have charged ahead with their own detailed emissions reduction plans.

“The UN can do what the UN can do,” Liebreich said. “They can create talking shops for everybody, it can create some moral suasion and some pressure … but we clearly need different platforms.”

Until the Paris Agreement, it was mostly left-wing governments which provided those platforms, but now it is a broader set of actors shaping climate action – including city administrations and large companies.

Sharan Burrow, general secretary of the International Confederation of Trade Unions, thinks this wider climate movement is necessary, and mostly a sign of progress. “This time there are industry days committed to transition action for net zero,” Burrow said.

While wary of “fossil fuel companies with a tinkering or business-as-usual approach,” she said the broader interest in COP conferences is a step forward from the decade of lobbying it took to get human rights and “just transition” language into UN climate declarations, starting in Paris in 2015.

The risk of greenwashing by large companies at COP26 is real, but with so many governments refusing to live up to their commitments, climate movements are left working with what they can.