ITV viewers could have been forgiven for claiming deja-vu as they watched a bloke getting into bother with a kayak on Monday night.

It was Freddie Flintoff making a grand entrance at his celebrity school sports day guff The Games.

However, Freddie may now be wishing he had staged a disappearance and legged it to Panama.

Following Monday’s middling start, this nightly show’s ratings appear to have been staging their very own synchronised diving event.

It’s Holly Willoughby I’m most concerned for though. At least Freddie has Top Gear to fall back on.

This revamp of a format that Channel 4 finally ditched in 2006 having accepted it would never top Bobby Davro’s 2003 belly flop has continued a recent run of worrying flops for TV’s golden girl.

It’s a good job her new moon-themed candles, claptrap and crystals website is doing quite well on the side. Not that you can really blame Holly, or Freddie, for this one.

The Games has not been a total nonevent. It just hasn’t had that many events.

If it was A-listers donning their PE kits and budgie-smugglers, with some big name guests in the studio, that lack of activity might have been easier to over-come. Sadly, the competitors are “partner of ”, “daughter of ” and “there was no one else we could think of ”, while the calibre of guest quickly dropped from World Heavyweight Champion on Monday to random javelin coach by Wednesday.

It also hasn’t helped that Love Islander Wes Nelson has been so clear of the men’s field that Freddie has openly admitted: “That was like watching a professional Olympian.”

The only surprise was Holly made it until Tuesday before asking one of the experts: “When you’re expecting something to go better, how do you pick yourself up and keep going?”

Might be too late for that, Hols. The Games has already lost its paddle and I think I just spotted a sign for S*** Creek. 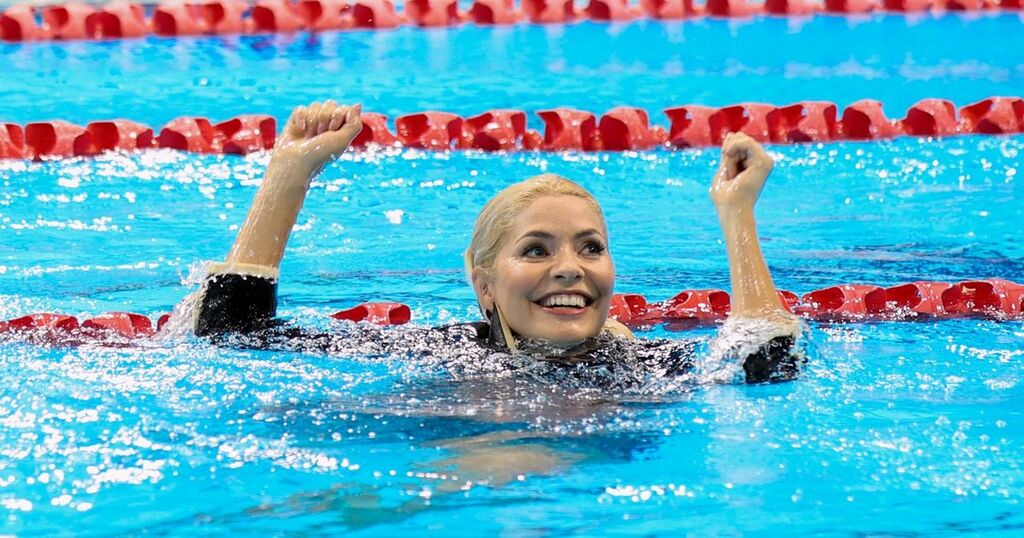 'The Games has not been a total nonevent - it just hasn't had much action'
Ian Hyland says there has been barely enough action to fill nine minutes of new show The Games, never mind…