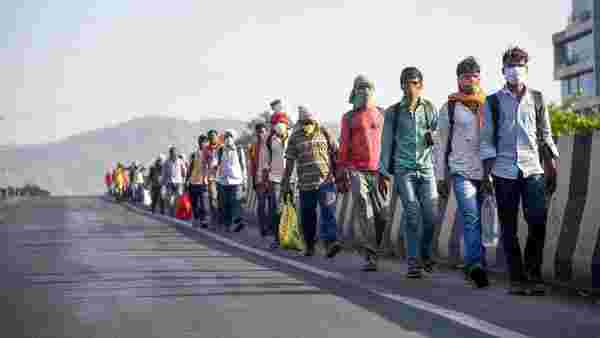 We always do the right thing in a crisis—almost. Why can’t we get it right all the time? Many large enterprises stumbled but were able to grapple with the covid crisis well enough. They took fast and courageous decisions, even if painful for some. They dropped internal politics and posturing. Sworn competitors in industries such as pharmaceuticals shared sensitive information and worked together for the common good. They mobilized a work-from-home army, which turned out to be surprisingly productive, mostly.

Is human imagination triggered by surprise? Some researchers affirm that if our brain never encounters anything that challenges existing mental models, it would never change its thinking. But surprise puts brains to work.

Covid has accelerated all things technological and is becoming an accelerant for other big trends in business. Issues of diversity, equity and inclusion (DEI), as also of the environment, sustainability and governance (ESG) are prominent this year across the world in boardrooms and parliaments. Mental well-being is also on the agenda, and efforts are on to create a more just and humane society, with younger workers pushing back on rigid workplace norms.

A heartening post-pandemic possibility is the potential for a new ‘golden age’. We may be on the brink of a renaissance, not dissimilar to how the Bubonic plague shook loose ossified structures of the middle ages.

Another surprise, far less pleasant, was how badly our systems were prepared for the pandemic, despite multiple expert warnings. As early as 2017, Betsy McKay had highlighted not only the likelihood of a pandemic, but also predicted that it would probably come from bats.

But then, it’s never easy to see what’s around the corner. This is persuading us to bear costs on action taken now, rather that let risks of varied probabilities go unmitigated. Leadership that seeks to wish things away won’t succeed.

As an analogy, what is needed perhaps is ‘Cathedral thinking’. Those people working on cathedrals in the middle ages did so knowing for the most part that they would never see these monuments completed, with some taking literally centuries to build—yet, their commitment to making an enduring impact gave them a long-term perspective.

That brings us back to the question of how we can nudge people to take action in the present when we don’t know for sure what the future will hold. There are several factors that make it likely that we’ll pay attention to this and do something about it.

A vivid story: Removing the so-called Y2K bug from computer systems that were programmed with only two digits for the year cost a stunning $100 billion, and helped India’s infotech industry phenomenally. Even today, there are those who feel that the risks of something going wrong were overblown. But the experts working tirelessly behind the scenes didn’t think so—as a top chief executive reflected years later, he wouldn’t have been confident in day-to-day activities like flying if the Y2K work had not been done. Presidents and prime ministers demanded that their governments put their houses in order.

Helpful Cassandras: An important alert system for something significant about to happen is constituted by people whom Andy Grove famously called “helpful Cassandras." These are people, often with a technical or scientific background, who foresee the implications of new developments and speak up. For example, take Kodak and its senior researcher who was all excited about a potentially market-defining innovation, only to be met with, “But the market doesn’t exist." “Exactly, that’s the point!" “Well, how can I tell my salespeople to sell in a market that doesn’t exist?" Groan. That project went nowhere. And Kodak is nowhere now.

Multiple resource pools and champions: A characteristic of systems that build in greater resilience is that they have multiple potential responses. This is why monocultures in biology are bad—let something affect one type of plant, say, and you can end up with a famine. It’s the same in business and politics too. If there is no opposition, a democracy could prove horrible for its people. Monopolies are almost always bad for consumers. If you have more than one potential response to a crisis, you’re much more likely to be able to meet the challenge.

Change incentives to give actors an interest in the future: Another way to make sure that people care about the future is to give them a stake in what happens far ahead. This is the intuitive logic for clawbacks in financial services, which aim to temper the short-term gains that can be created by excessively risky speculation. It is also the traditional way in which investment firms balance risks and rewards, by operating as partnerships (which, however, has diminished their interest in the long-term).

Big Brother watch: Finally, we have governments, with public policies set by entities that must exist at least partly because it’s nigh impossible for markets to properly price costs and benefits when individuals benefit (or suffer) asymmetrically. Increasingly, we hear voices that urge us to rethink capitalism, exploitation of the poor, the environment, and so on. Policies, however, must never do more harm than good.

Rita McGrath & M. Muneer are, respectively, professor of innovation and strategy at Columbia University and co-founder and chief evangelist of the non-profit Medici Institute. Twitter @MuneerMuh